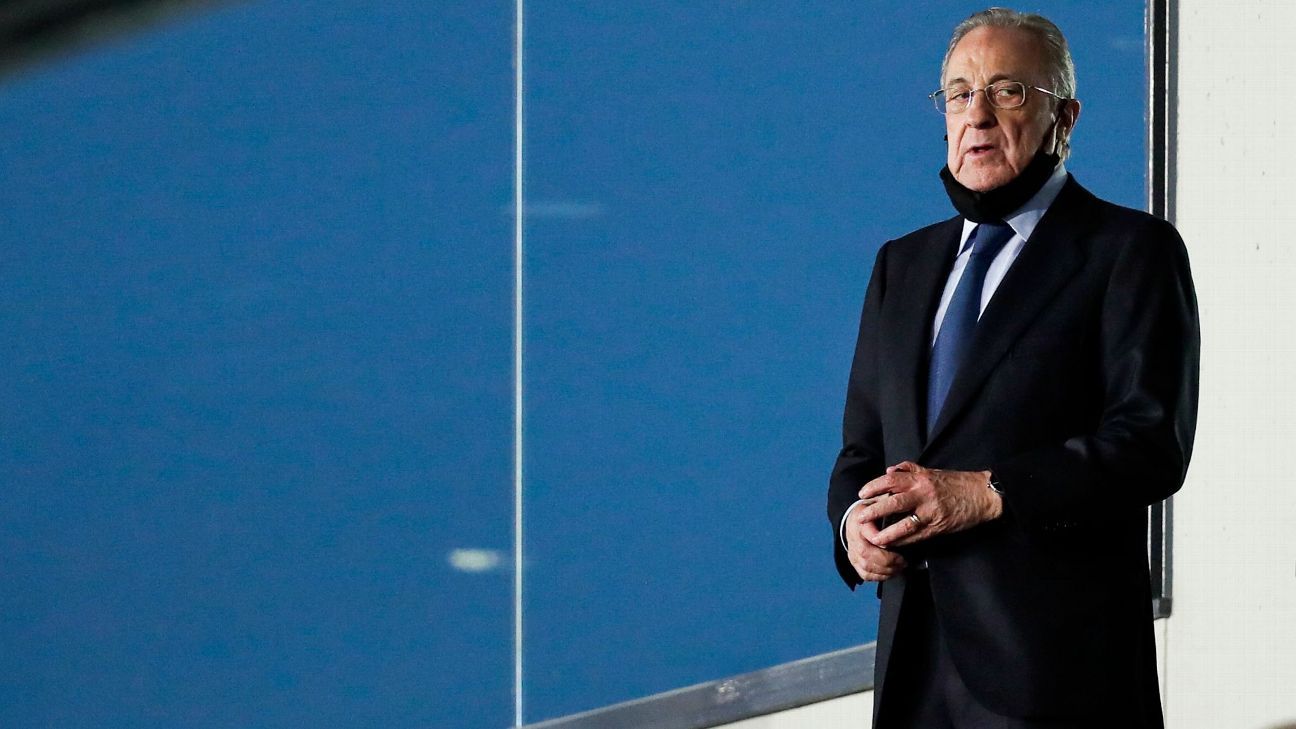 
Real Madrid president Florentino Perez has said the Super League “must have done something wrong” with their launch of the project after a furious reaction from football’s governing bodies, politicians and fans’ groups, and said the founders will take “some weeks to reflect” on their next steps.

The Madrid president and Super League chairman, who has been the competition’s most vocal advocate this week in a series of interviews said none of the 12 founding clubs have abandoned the project and “either we do something soon, or a lot of clubs will go bust.”

– Stream LIVE games and replays on ESPN+ (U.S. only)
– Champions League Swiss Model revamp: All you need to know

On Friday, UEFA president Aleksander Ceferin told the Associated Press that Madrid, Barcelona, Juventus and AC Milan — the four clubs who have not announced their withdrawal — could face being banned from the Champions League in the future.

“We must have done something wrong,” Perez told the Spanish newspaper Diario AS when asked about the Super League’s hostile reception. “We are going to take a look at it and compare ideas.

“Perhaps having the top four teams in each country play is the solution, I don’t know, but we have to do something.”

The 74-year-old said the 12 clubs involved, which are Manchester United, Manchester City, Liverpool, Chelsea, Arsenal, Tottenham Hotspur, Atletico Madrid and Inter Milan as well as the four who have yet to withdraw, “cannot leave” having signed a binding contract, adding that “pressure” meant they “had to say that they are leaving.”

He also denied that investment bank JP Morgan — which distanced itself from the project on Friday with a statement which explained it had “clearly misjudged how this deal would be viewed by the wider football community” — had withdrawn its support.

Perez has cited financial losses caused by the coronavirus pandemic as one of the main drivers for the proposed breakaway competition.

“The [accountancy firm] KPMG report on last season, when just three months were affected by the pandemic, found losses of the 12 Super League clubs of €650 million,” he said. “This year with a whole season, the losses will be between €2-2.5 billion. Bordeaux just went into administration. Either we do something soon, or a lot of clubs will go under.”

UEFA announced their own plans for Champions League reforms on Monday, with an expanded 36-team format and the group stages being replaced by a league format from 2024. Perez has dismissed those proposals as being insufficient and coming too late.

“Honestly, no, [it doesn’t convince me],” he said. “Not the format, which no one understands, not the timing, because [they are] in the year 2024. Either we fix this earlier, or all clubs will be ruined.”