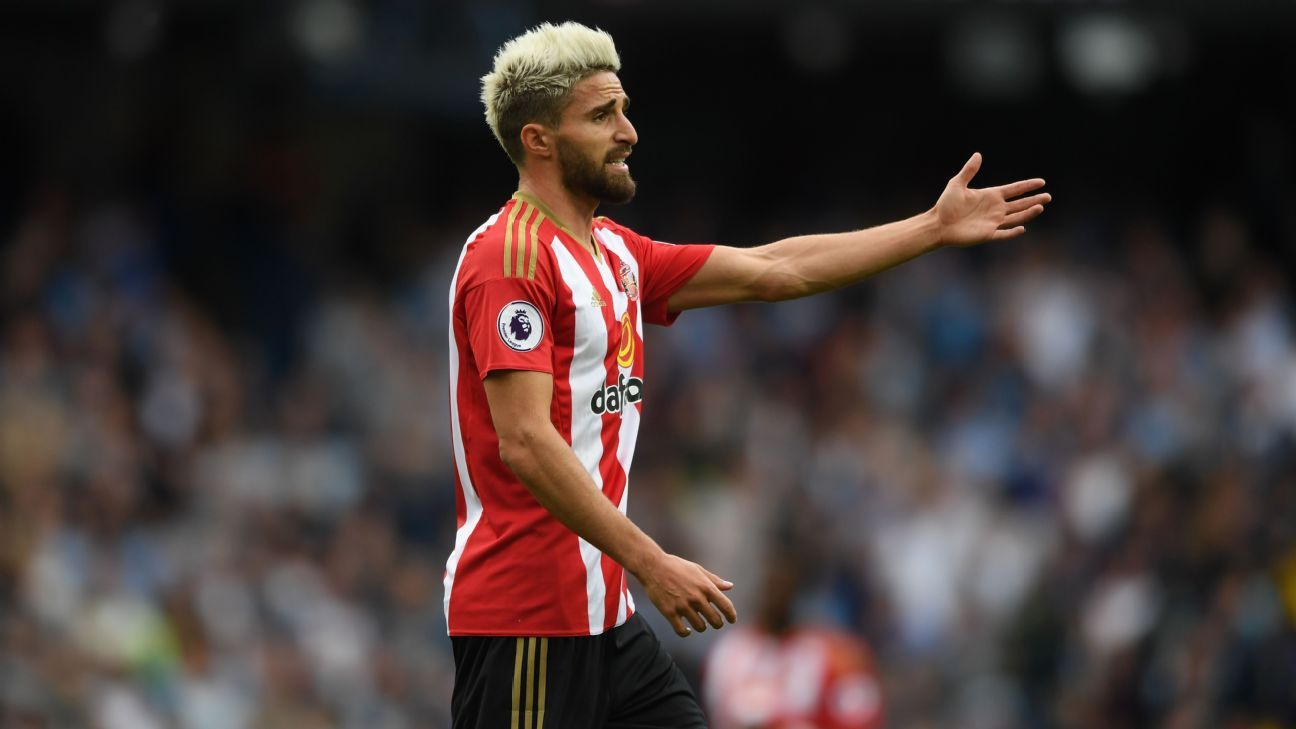 
Fabio Borini is to undergo a medical at AC Milan on Thursday as the Sunderland striker closes in on a return to Serie A.

Reports in the Italian media suggested he will complete a £5.3 million permanent transfer, although details of the proposed move are still to be finalised.

A successful conclusion to the negotiations would see Borini leave the Stadium of Light two years after his £10m switch from Liverpool on a four-year deal.

The former Chelsea trainee has made a total of 90 appearances — the first 40 of them on loan — and scored 17 goals for the Black Cats.

Most of Sunderland’s players have a relegation clause in their contracts which triggers a 40 per cent reduction in wages, and the club’s fall into the Championship at the end of last season means those clauses have now been activated.