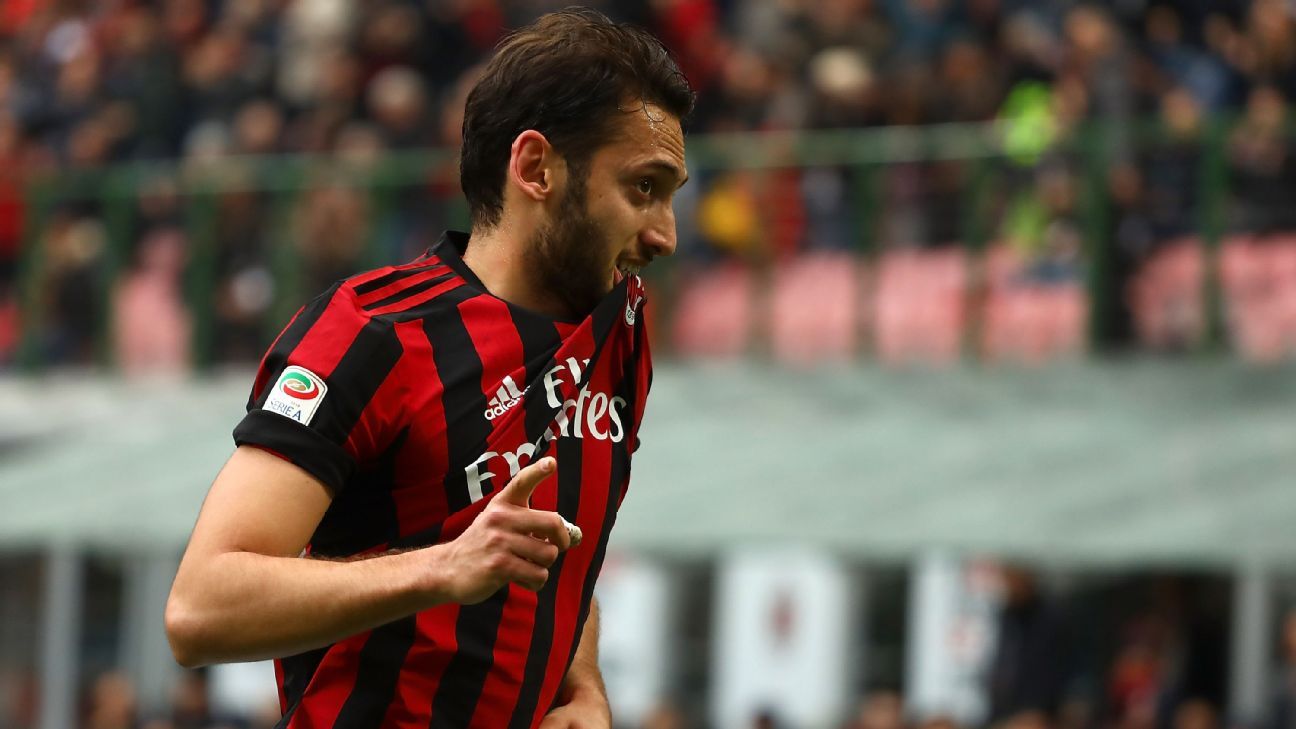 
AC Milan fought back from a goal down to secure a 3-2 win over Chievo at the San Siro on Sunday, with Hakan Calhanoglu, Patrick Cutrone and Andre Silva scoring the goals. Given results around them in the battle for the Champions League qualification spots, the win was crucial to the Rossoneri.

Milan made a bright start to the game as they played with a high tempo and dominated possession and so had the perfect approach. After falling behind, they showed great character to fight back and get the win.

The hosts arguably became a little too comfortable after going ahead and that led to being stunned by two quick-fire Chievo goals. Milan should be more convincing in games like this, and they’ll need to improve against the top teams.

7 — Not for the first time, it appeared as though a Gennaro Gattuso half-time team talk did the trick for Milan. He got his tactics and setup spot on in the early stages, and his side needed a boost in the interval to have the belief they could launch a comeback.

GK Gianluigi Donnarumma, 6 — Couldn’t have done much about either goal, and although he didn’t have a great deal to do aside from that, was alert to any threat throughout the game.

DF Fabio Borini, 5 — While he’s been praised for his versatility all season, he was slightly exposed on Sunday and was caught out for the opening goal. Continued to work hard and push forward when possible, but not a particularly great outing.

DF Leonardo Bonucci, 6 — Sloppy with his passing at times and didn’t look as assured as he has been with Alessio Romagnoli alongside him. The Milan captain did still attempt to lead by example as he looked to push the team forward.

DF Cristian Zapata, 5 — Gattuso’s logic in starting him is understandable as his pace was better suited to cover Chievo counterattacks. However, after a decent start to the game, he simply wasn’t sharp or commanding enough in the box.

DF Ricardo Rodriguez, 6 — It’s a similar story from Rodriguez, as while he goes about his defensive work with minimal fuss and keeps things tight, he’s not showing enough courage or inventiveness on the ball. Needs to be more confident in possession.

MF Franck Kessie, 6 — The Ivorian’s work rate, physicality and offensive threat can always be praised, but he’s not showing enough composure in important moments. Aside from his late penalty miss which didn’t prove costly, he linked up well with Suso on numerous occasions but needs to be more consistent with his end product. Did force the opening for the first goal though.

MF Lucas Biglia, 6 — Will continue to split opinion as while his defensive coverage and steadiness in midfield will always be pivotal to Milan, he does nothing to really inspire the team. Keeps everything very simple and breaks play up well, but doesn’t do more than his job title of being a holding midfielder, which he does very well.

MF Giacomo Bonaventura, 5 — While his intensity and determination are on point, he’s not quite finding his feet in terms of being a threat in the final third. Worked hard for the team, but not influential enough on the ball and was too quiet.

FW Suso, 7 — A constant menace on the right flank, as although he didn’t always find his intended target with his deliveries, he was always looking to create something and looked like Milan’s best option to make things happen.

FW Patrick Cutrone, 7 — Battled away up top on his own looking for openings, and was in the right place at the right time to score the crucial equaliser. Needs to add more to his game moving forward as he can’t solely be a poacher, but he’s proving to be crucial to Milan this season.

FW Hakan Calhanoglu, 8 — Found the early breakthrough with a composed finish, and was hugely important in Milan’s build-up play thereafter. Worked hard defensively too as he put in a real shift for the team. He just looks to be growing in confidence and quality each week but needs to find a balance and be less selfish in key moments.

FW Andre Silva, 7 — The Portuguese forward’s luck is finally turning. Came on to score his second match-winner in as many games to secure six crucial points for Milan in the space of a week. Fortunate the ball bounced to him, but took his goal well.

MF Mateo Musacchio, NR — Arguably should have started instead of Zapata, and he showed why late on with solid defending and runs forward to ease the pressure.