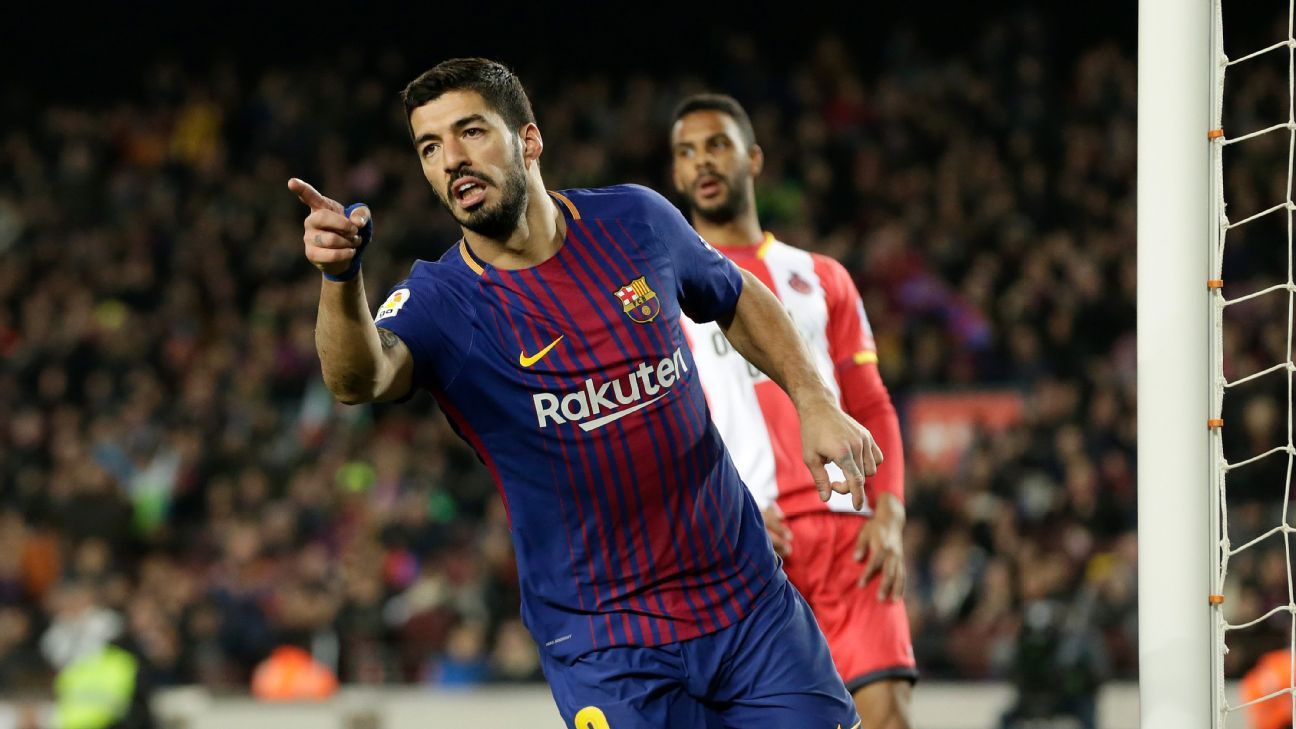 Why he’s here: In Barca’s 6-1 win over Girona on Saturday, Suarez was directly responsible for five of them, registering a hat trick and a pair of assists.

Why he’s here: Just outshone by Suarez, Griezmann netted a hat trick of his own and added an assist in Atletico’s 5-2 win at Sevilla on Sunday.

Why he’s here: A pair of goals and an assist for Messi in the win over Girona, highlighted by a cheeky free kick delivered under the wall and into the back of the net.

Why he’s here: Lukaku not only broke his duck against big-six sides with a goal and an assist on Sunday, United’s 2-1 also happened to come at former club Chelsea.

Why he’s here: While Pep Guardiola’s revolution at the Etihad has been the narrative of this season, it was Kompany — the face of City’s old guard — who led the club to a 3-0 Carabao Cup final triumph over Arsenal.

Why he’s here: The 22-year-old midfielder delivered both Valencia goals in Sunday’s 2-1 win over Real Sociedad.

Why he’s here: Benzema’s goal and two assists in Madrid’s 4-0 win over Alaves on Saturday equals the number of assists the 30-year-old has amassed in his previous 12 appearances combined.

Why he’s here: Shkodran Mustafi’s slack defending betrayed the class of Aguero’s finish as he scored the opener in City’s Carabao Cup final win over Arsenal.

Why he’s here: A pair of goals for Ronaldo in Madrid’s win over Alaves.

Why he’s here: The 22-year-old midfielder’s brace in Lazio’s 3-0 win at Sassuolo on Sunday were his 10th and 11th goals of the season in all competitions — the first time he’s reached double-digit goals in his career.

Let us know what you think of the countdown by commenting below or on Twitter using #ESPNFCrankings.