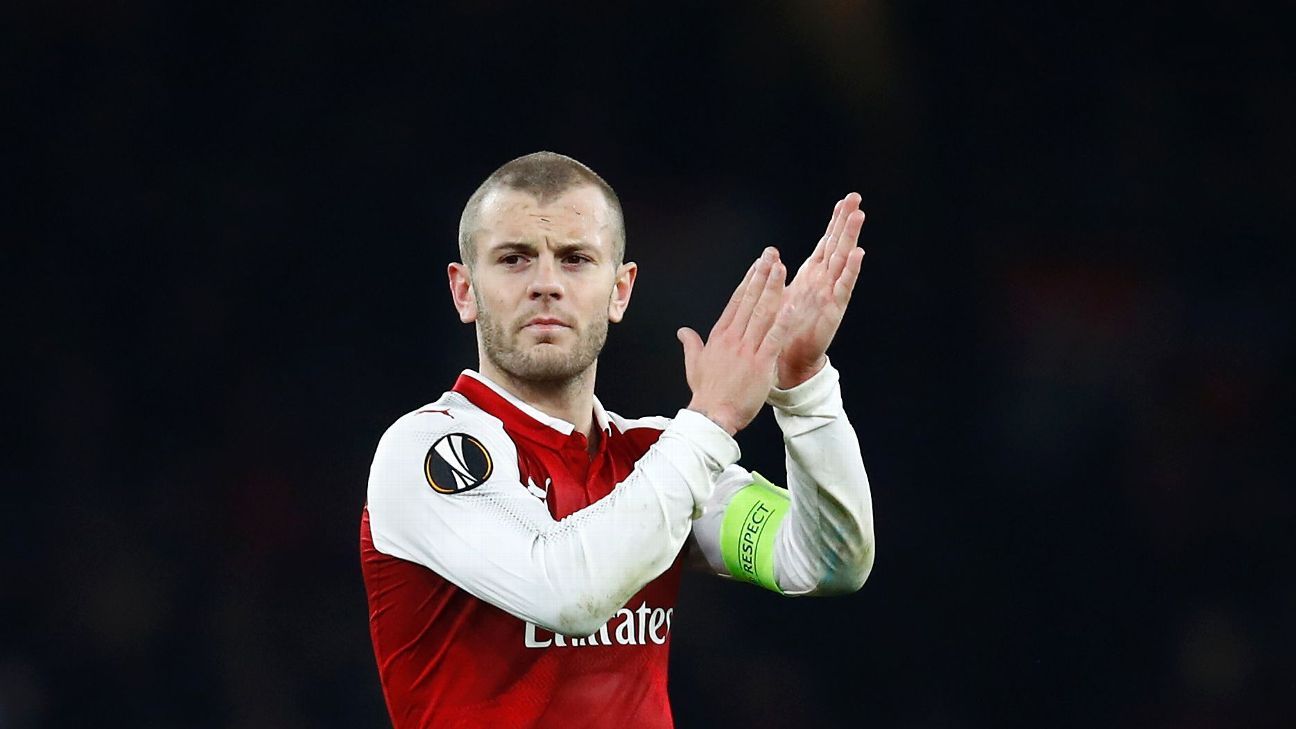 
Jack Wilshere is determined to take the momentum from Arsenal’s victory over Stoke into their Europa League clash with CSKA Moscow.

The Gunners laboured for large periods against Paul Lambert’s Premier League strugglers before hitting three goals in the final 15 minutes to secure a flattering 3-0 win on Sunday.

Pierre-Emerick Aubameyang opened the scoring from a controversial penalty as Bruno Martins Indi won the ball from Mesut Ozil but still saw referee Craig Pawson point to the spot.

The Gabon striker added his second of the afternoon soon after before unselfishly allowing substitute Alexandre Lacazette to tuck home another penalty as the forward marked his return to fitness with a goal.

Wilshere captained Arsene Wenger’s side as they eventually sealed their fourth successive win in all competitions.

The Gunners remain off the pace in the race for a top-four finish so a return to the Champions League appears to only be attainable by winning the Europa League.

The first leg of their quarterfinal against CSKA Moscow takes place at the Emirates Stadium on Thursday, with Wilshere under no illusions over the size of the tie.

“It’s a big game,” he said. “We needed that 90 minutes out of the way. We needed to get the three points, move on and keep the momentum going.

“We’ve won a few in a row and wanted to keep that going. Now we’ve got a big one on Thursday and we’re ready for that.

“Sometimes it’s like that after an international break, it takes 45 minutes to blow the cobwebs off.

“I think in the second half we tried to up it and as the game went on, they got tired, we upped it and our attacking play was too much for them.”

Defeat for Stoke, who had come close to taking the lead when Xherdan Shaqiri’s corner rattled the inside of David Ospina’s post, leaves them three points from safety.

Martins Indi revealed after the game he spoke to Pawson after the decision to award the first penalty to the hosts.

“I touched the ball, I think he [Ozil] made a foul on me,” he told Stoke’s official website.

“I touched the ball before him and then he touched me and we both fell on the ground. It was a key moment, the ref, I don’t know what he was seeing or hearing or what angle he was.

“He made a mistake there, I went in the dressing room after the game and I asked him what his opinion was.

“He said ‘what I see is that you stretched your leg and made a foul on Ozil’. At that moment he hadn’t watched it back — we all make mistakes but this was a big one.

“It punished us, it was a game-changer that decision. Now we can move on and build for the next games, let’s keep fighting.”