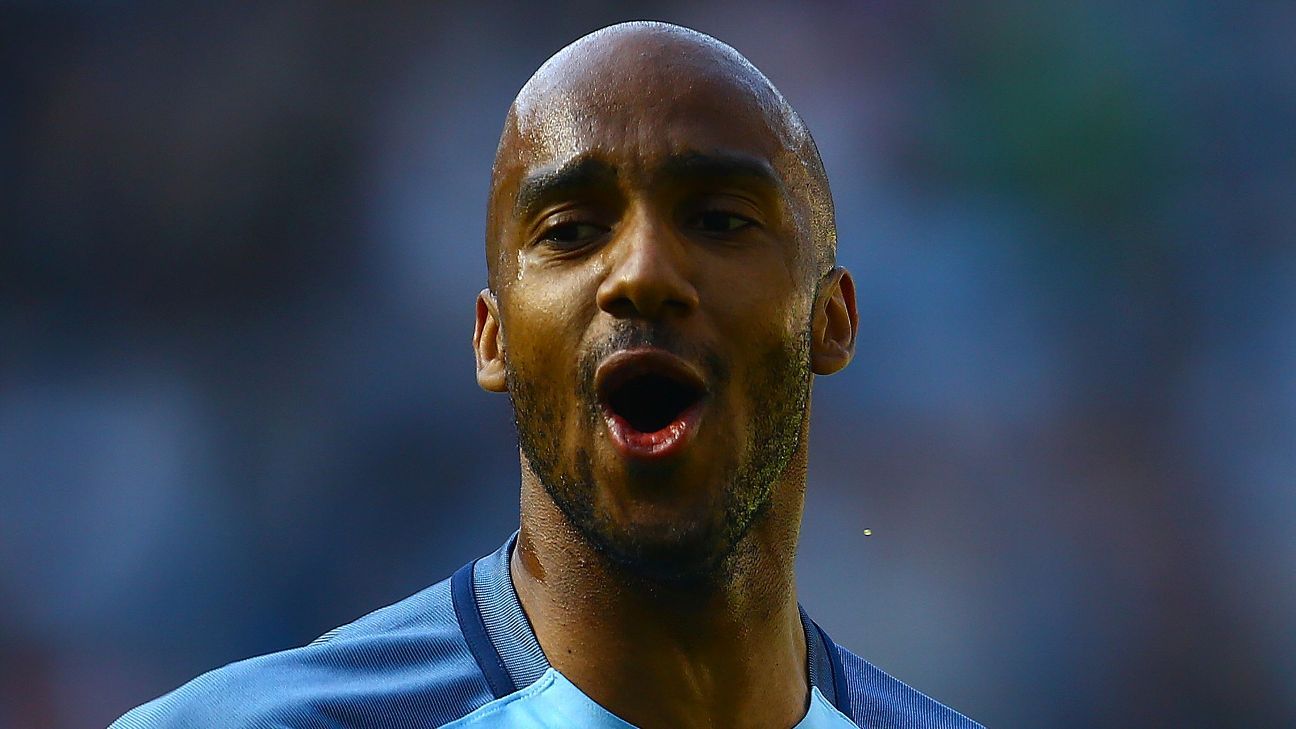 
Manchester City midfielder Fabian Delph is being lined up for a loan move to Stoke City, sources close to the Potters have told ESPN FC.

Delph has struggled to establish himself at City since joining from Aston Villa for £10 million two years ago.

The 27-year-old has made just 39 appearances in all competitions in his two seasons at the Etihad Stadium with his progress being hampered by injuries.

Delph made 13 appearances last term, starting only twice in the Premier League, and he is well down the pecking order under Pep Guardiola.

City — who hope to raise funds through sales this summer — are open to a permanent exit for Delph, but Stoke would prefer to take the England international on loan and talks are ongoing between both sides.

The England international could be interested in a move in search of regular first-team football if he finds his opportunities limited next season under Guardiola.

Stoke boss Mark Hughes is keen to bring in the midfielder to bolster his squad having brought in Darren Fletcher and Josh Tymon from West Bromwich Albion and Hull City respectively so far this summer.