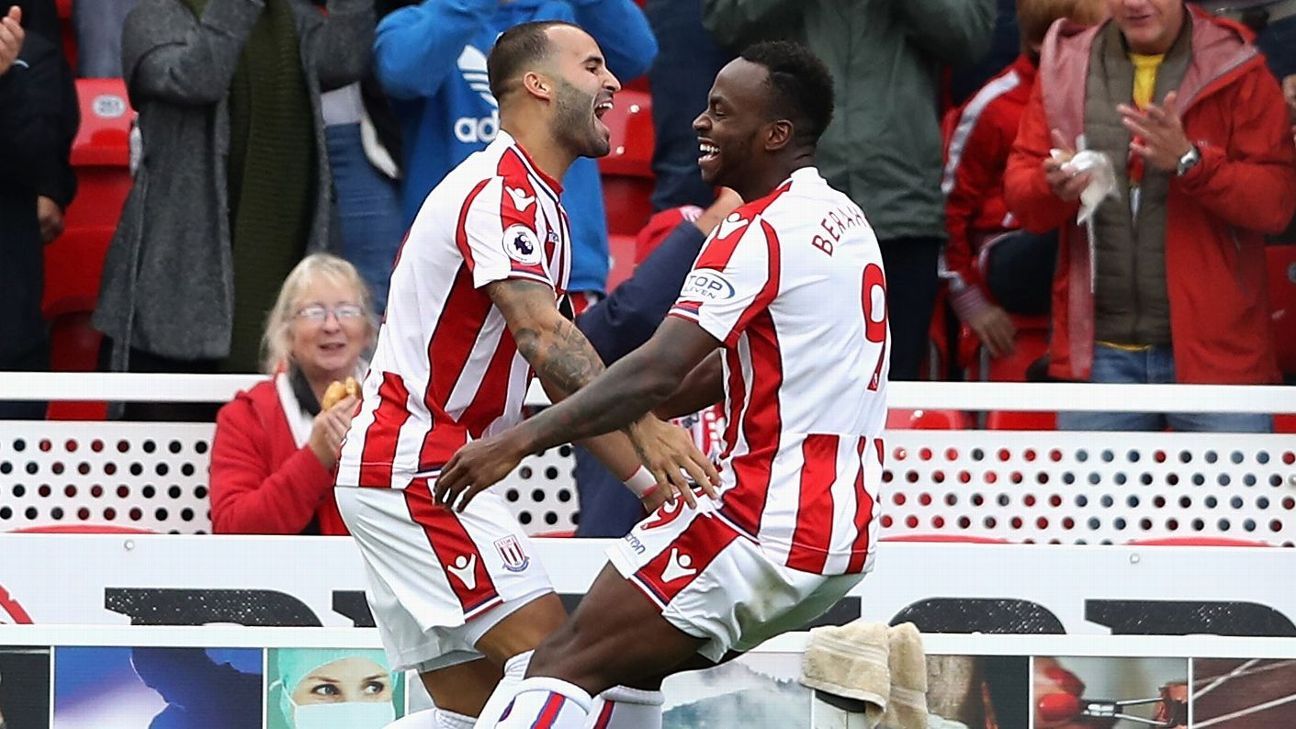 
Jese Rodriguez scored on his debut as Stoke beat Arsenal 1-0 at the bet365 Stadium to claim their first Premier League points of the season.

Arsenal had the better of the chances in the first half, but Jack Butland was on hand to deny them — first thwarting Danny Welbeck from close range, before keeping out Aaron Ramsey’s effort at the back post following an Alex Oxlade-Chamberlain free kick.

But it was Stoke that took the lead two minutes into the second half, with Paris Saint-Germain loanee Jese netting on his debut, slotting past Petr Cech after being played in by Saido Berahino.

Arsenal piled on the pressure as they went in search of an equaliser, with Hector Bellerin, Danny Welbeck, Aaron Ramsey and Mesut Ozil all going close for the visitors.

They thought they had found it in the 73rd minute when Alexandre Lacazette fired into the top corner following substitute Olivier Giroud’s flick, but the goal was disallowed for offside, with Stoke then holding on for victory.