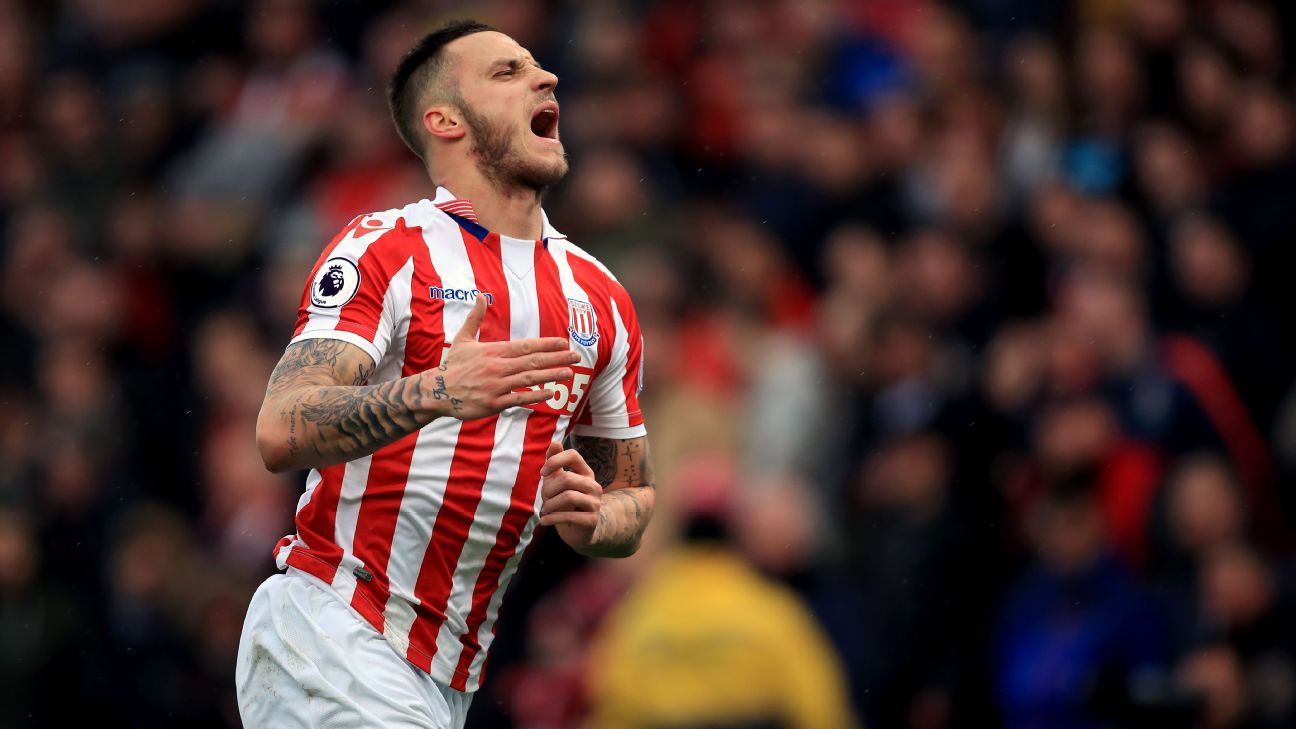 
Stoke have accepted a bid of £24 million from West Ham for forward Marko Arnautovic, according to multiple reports.

The 28-year-old asked to leave the bet365 Stadium earlier this month, handing in a transfer request, and after seeing two lower bids rejected, a fee now has reportedly been agreed.

Arnautovic, who was in Switzerland for Stoke’s preseason training camp, was only 12 months into a four-year contract, putting the Potters into a strong bargaining position.

Arnautovic joined Stoke from Werder Bremen in 2013 and has made 145 appearances while scoring 26 goals for the Potters. He netted seven times in 35 games last season.

The Austria international was linked with Everton last year before signing his new deal.

West Ham also made a splash on Tuesday by completing a season-long loan for Manchester City goalkeeper Joe Hart.