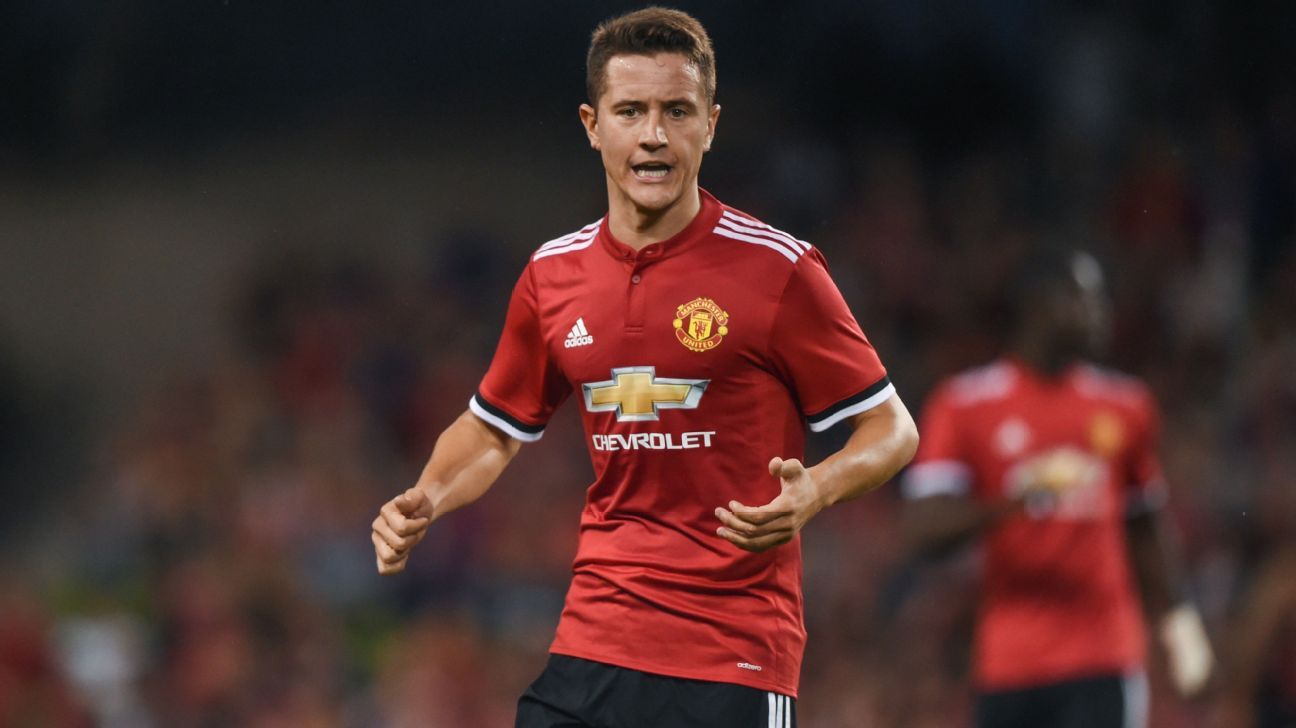 
Maybe it’s the number of chances that Manchester United have put away this season, already at 19 percent of the total goals scored in the last league campaign, that best illustrates how much better the team is this season. Or maybe it is the attacking football that Jose Mourinho has implemented which shows how much things have improved at Old Trafford.

Another indicator might be how little playing time Ander Herrera, last season’s Sir Matt Busby Player of the Year winner, has had so far this season.

Herrera has played just five minutes of Premier League football out of a possible 270, with Nemanja Matic and Paul Pogba forcing him out of the starting XI.

Even more telling than Herrera’s lack of playing time is arguably how little impact his absence has had. He hasn’t been missed. So often was he the most important player, particularly in the big games, that it’s interesting to see how easy United have found their opening games without him.

This weekend could be a different story, though, with United travelling to play Stoke on Saturday evening, in their toughest game of the season so far.

Mark Hughes’ side have only played one game at the bet365 Stadium so far this season and that saw them beat Arsenal 1-0. Granted, this isn’t the same Arsenal side of years gone by and Stoke are a bit of a bogey team for Arsene Wenger’s men, but they will likely pose the toughest threat to United’s 100 percent record.

Boasting the talents of Jese and Xherdan Shaqiri, Stoke are able to attack in ways that differ to the aerial threat of the past. While booting the ball up to Peter Crouch is as an option, the football they play is much more cutting these days. Darren Fletcher and Joe Allen are solid in midfield, while Kurt Zouma and Ryan Shawcross are strong in defence.

It’s hard to get past what a great addition Matic has been so far, yet Saturday’s game might be crying out for Herrera’s influence. That’s not to say that the Spaniard’s inclusion would have to force Matic out of the team, but that his energy, tackling ability as well as his eye for a forward pass could be a welcome addition.

In terms of his defensive work, Herrera made more interceptions and blocks than PFA Player of the Year N’Golo Kante did last season, and looking at tackles won, Kante made 2.35 per game compared to Herrera’s 2.33. He also completed an average of 65 passes per game to Kante’s 53.

Having a player who can keep the ball well and protect the defenders behind him would be great asset against Stoke, as it would allow the forward players to get on with their job.

Yet the midfielder also has so much to his game going forward. He dwarves Kante’s attacking threat, with far superior numbers for key passes, assists and chances created.

Maybe more important than what Herrera can offer on paper is the fight he could bring to the game. The Stoke crowd is often hostile and Herrera thrives as the pantomime villain. He would happily stick the boot in and take the game to the home team. You would think after three games on the bench, he will be more eager than ever to prove the value he can add to this team.

The inclusion of Herrera would mean that another player had to miss out, though. Maybe Mourinho would pair Herrera with Pogba and leave out Matic, or possibly play all three with Pogba further forward. While Juan Mata has played well this season, he’s the only forward player yet to register a goal or assist, and Mourinho may opt for a pacier attack if he was to play three in midfield.

Herrera will get plenty of opportunities this season, especially if United progress in the cup competitions, and will be a valuable member of the squad. But a game away to Stoke is a great place for him to kick-start his campaign and remind people why the fans voted him as their favourite last season.