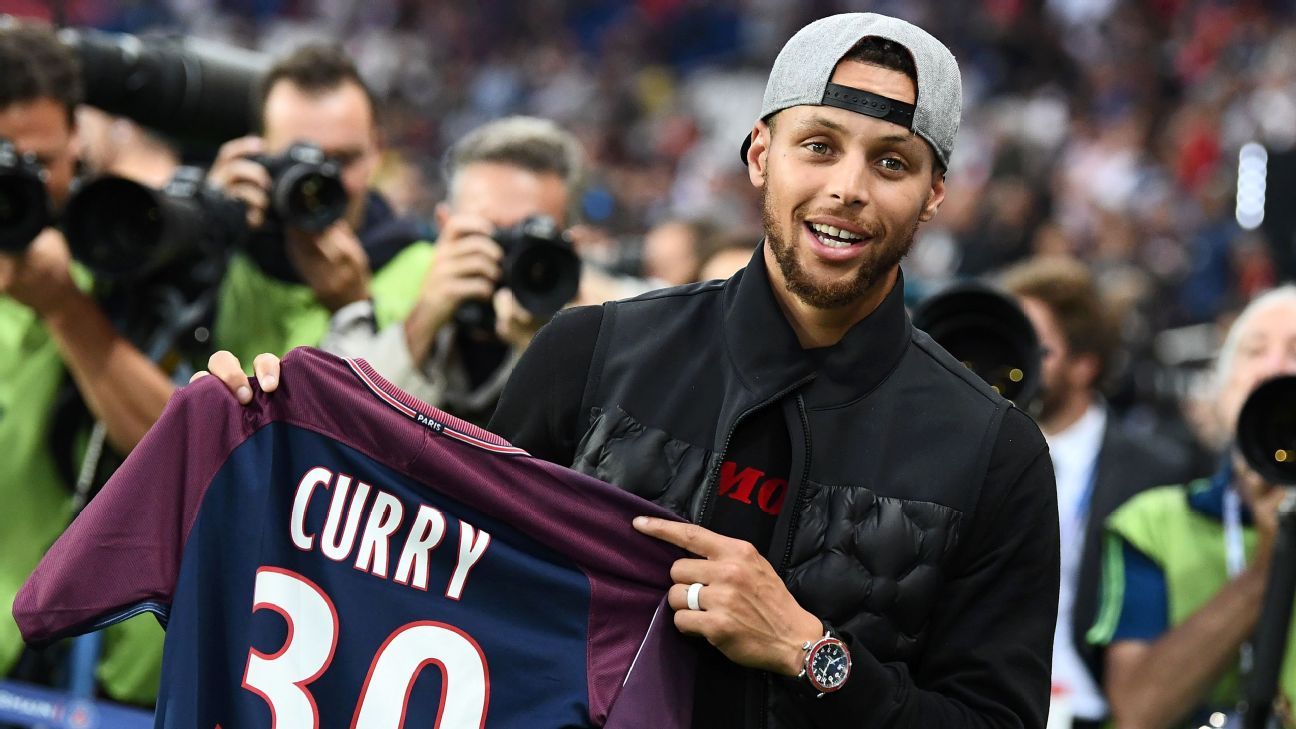 
Paris Saint-Germain introduced yet another big-money star to the crowd at the Parc des Princes as Steph Curry took part in the kickoff before Friday’s game.

The NBA star took to the center circle before Friday’s Ligue 1 game against Saint-Etienne and received a customised PSG shirt, then kicked the ball into the PSG half.

Curry also shared a moment with PSG’s new world-record signing Neymar. The duo previously hung out together at the NBA Finals last summer.

“It’s a real privilege to see the biggest star of the game that are here in Paris, like Neymar obviously,” Curry said. “He came to watch Golden State play last year.

“Every time he’s on the pitch, you know something is going to happen. There are plenty of similarities between the way he plays and the way I play. We both like giving the maximum out on the pitch. He’s always smiling and you can see he loves what he’s doing.”

At $40.2 million a year, Curry is the only American sports star who currently makes more per season than Neymar’s estimated post-tax salary of $36.7m.

So for a few minutes at least, PSG had two of the world’s higher salaries on the pitch at the same time. But give it time, that Kylian Mbappe deal could go through any day now…