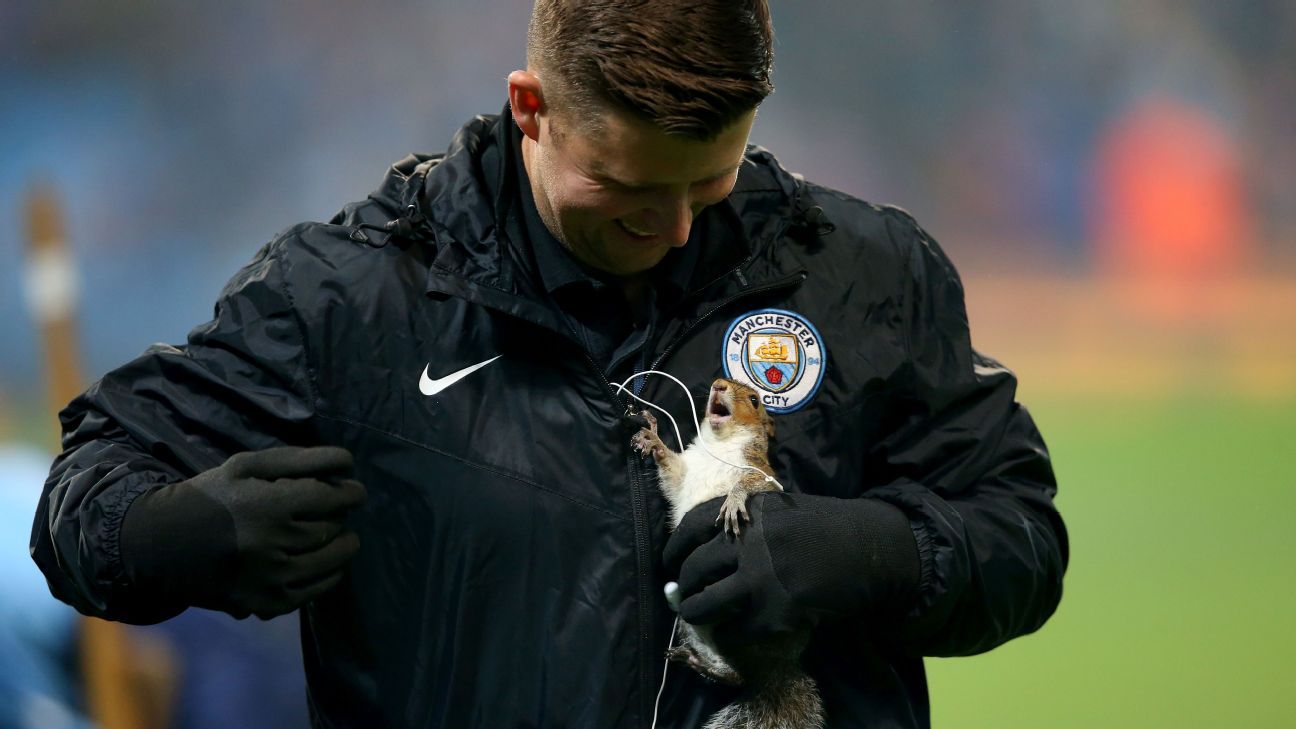 It’s perhaps fair to suggest that Manchester City’s long-winded Carabao Cup victory over Wolves wasn’t the most enthralling spectacle, so it’s little wonder that a mischievous pitch invader grabbed all the attention.

Indeed, a rogue squirrel found its way inside the Etihad Stadium and duly made its presence known, toying with ground staff before kick-off.

The squirrel went scampering across the turf as the City players were warming up, nimbly evading capture at every turn.

Thankfully, the staff did finally manage to apprehend the interloper, only to discover that it was in fact a vocal City supporter.

What are the odds?

Indeed, in the aftermath of what is undoubtedly not going to be referred to as “Squirrelgate,” the central rodent protagonist became something of a tabloid star in its own right.

“Nuts about Claudio” — See what they did there?

As for the game itself, Wolves bravely restricted City for 120 goalless minutes before eventually succumbing to a Sergio Aguero panenka in the ensuing penalty shootout, which the Premier League side won 4-1.