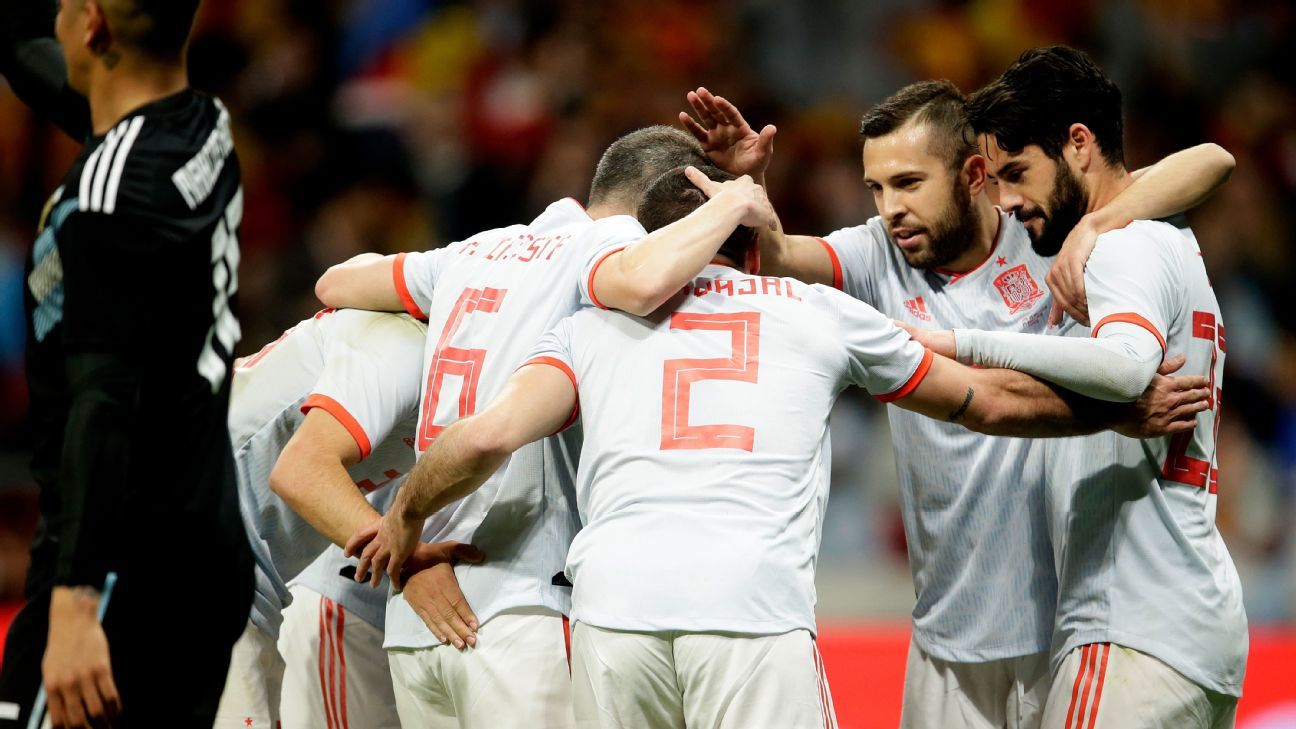 But the Real Madrid playmaker, who has seen his club football limited in spells under Zinedine Zidane this season, admitted he might not know how to win his Los Blancos manager’s confidence.

However, Isco produced a superb display for La Roja against Argentina, whose captain Lionel Messi again watched from the stands because of fitness concerns.

Spain had drawn 1-1 against Germany last week and have now extended their unbeaten run under coach Julen Lopetegui to 18 matches.

“I want to show that I’m a good player. Lopetegui shows me confidence with the minutes he gives me.

“Maybe I’m the problem in Madrid. I don’t know how to win Zidane’s confidence.”

After Gonzalo Higuain shot wide early on, Diego Costa fired Spain ahead in the 13th minute, before Isco struck either side of a header from Argentina defender Nicolas Otamendi.

Thiago Alcantara added a fourth, with substitute Iago Aspas also on the scoresheet before Isco netted his third with 16 minutes left.

“Despite the result, this match wasn’t easy,” Isco added. “They made things difficult for us, they were very aggressive.

“We mustn’t forget that this is part of our preparation for the World Cup. The victory can give us a lot.”

Spain coach Lopetegui also looked to play down the final scoreline, but did hail his playmaker Isco in the process.

“I’m not discovering anything new about Isco, it gives me great pleasure to have him in the national team,” Lopetegui said. “Argentina were without many important players tonight and it would be stupid to deny that.

“It doesn’t take away the work my players have done. We are happy, but the World Cup has not started yet.

“Another thing is how we manage this euphoria. We know where we are, which is going calmly because we know what a World Cup is about.”

Golden Boy Haaland ribs Borussia Dortmund boss Favre for losing count of goals
England job starting to wear on Southgate. Is he thinking about a fresh start after 2022 World Cup?
Bundesliga is all Bayern, Barcelona still fancied in La Liga, Serie A wide open: Predicting Europe’s top leagues
How Higuain’s switch from Juventus to Inter Miami helped him ‘get back his love for the game’
USMNT, Borussia Dortmund forward Reyna signs new contract