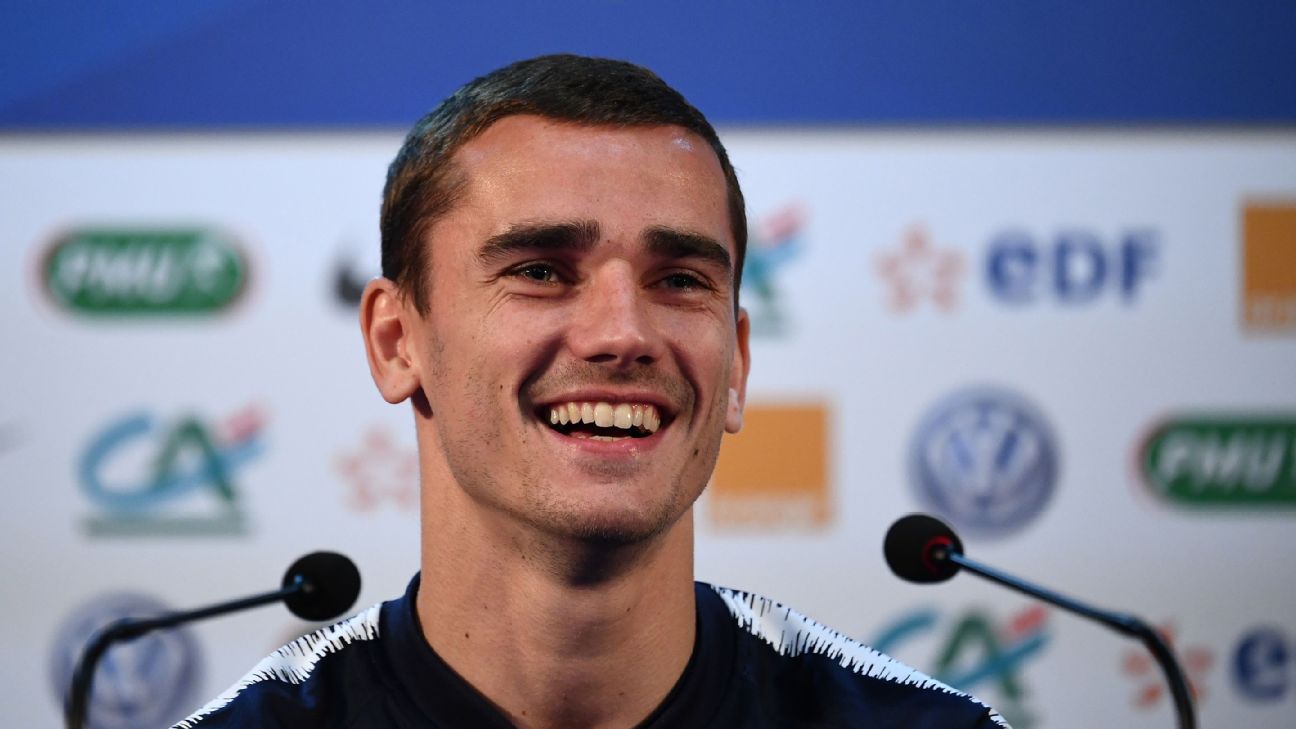 
“I’d be more worried if Lionel Messi or Cristiano Ronaldo had left.”

It was late last summer and Neymar had just walked out on FC Barcelona, and out of Spain, but the league’s president Javier Tebas wasn’t bothered. Not that he — a man whose every word is calculated, not just a reply offered but a role played — would have said so if he really was. That much was proven again this week. Twelve months on and Cristiano Ronaldo is the one leaving.

So, still a little bit worried then. And yet there is something in what he says. Quite a lot, in fact.

Ronaldo’s departure is damaging for the Spanish league, without doubt. And it does feel like something is shifting after a decade of dominance from two players who can justifiably stake a claim not just as the best players of their generation, but of any generation. Now though, it feels like there is change ahead and with it, some uncertainty. It might sound daft in Messi’s case — after all, he hasn’t gone and last season he was better than ever, way ahead of anyone domestically — but still, there’s something in that. A sense that there will be something missing.

– Make your daily ESPN FC Match Predictor picks!
– World Cup fixtures, results and coverage
– France vs Croatia: Tale of the Tape
– Who has the edge in the World Cup final?
– Is Mbappe as good as Pele, Messi at 19?
– Pogba’s secret has been to keep it simple
– Project Russia: Has VAR been a success?
– Kane, Lukaku failed when it truly mattered

Maybe it’s just that we got so used to it; maybe it’s the fact that they were always thrown together, sometimes a little artificially. Like they were a pack. Often an incredibly tedious one, but an inevitable one too. Messi and Ronaldo. One apparently couldn’t live without the other. Or more to the point, the rest of us looked like we couldn’t live with both. If you name one, you have to name the other. Only name one and everyone wants to know why. How dare you? And on and on it went.

Meanwhile, so did they. Winners of seven of the last 10 European Cups and Europe’s top scorers in eight of the past nine seasons.

Messi and Ronaldo had reached a point where their status was unquestioned even in seasons in which it could legitimately be questioned. Take the Ballon d’Or where, for a decade now, they came out on top and where voting for them became a kind of default setting regardless of what had actually happened. Not least because no one could seriously question their status and nor were they allowed to. So, it was Ronaldo and Messi, Messi and Ronaldo. The battle. And it was in Spain.

Whatever else happened, they were Spain’s. Tebas says that La Liga has worked hard to build a brand beyond the big players and that the league is more than just the names now; up to a point, he’s right. But these were not just names, they were names. The last 10 — 10! — winners of the Ballon d’Or, for goodness sake. And they were theirs.

Maybe it is not just about Ronaldo’s departure. Maybe this was coming anyway. It was never just about them — La Liga has enjoyed countless other players, celebrated on these pages — although it always seemed to be reduced to them and a decade on, perhaps it was time for someone, or something, else? The World Cup, where attention is concentrated like nowhere else, has suggested as much. Russia has shifted the focus elsewhere, even if momentarily.

First an apology. Maybe even a confession, a recognition of the hypocrisy in decrying all that and then engaging with it. Look, this is a World Cup. The biggest competition of them all. It should be treated on its own merits: it does not necessarily change beyond recognition what comes next and it does not change what went before. It is far more important than anything else.

It’s a World Cup that has been built much more on the collective than the individual, too, and that is, by definition, about countries not clubs. Certainly not about leagues. This is not a contest between the Premier League and La Liga, although predictably it has sometimes been presented like that. Even more predictably, within Spain it has become Barcelona vs. Madrid by other means, which makes you want to scream sometimes.

This is the Spanish view, at least, and they were knocked out ages ago. Back to the World Cup, Spain and La Liga. And how just as Ronaldo departed, reality biting hard, perhaps hope emerged too.

Spain were knocked out in the last-16 by Russia, departing having left very little impression on the competition. Andres Iniesta left, for good. The day before, Messi and Ronaldo were knocked out too — eliminated on the same day, inseparable again. At 31 and 33 years old respectively, it felt like it might have been the last chance for both, the beginning of a new era or perhaps an expression of their mortality. And that was troubling, as well as a little sad. Had football tilted away from Spain? What would “next” like look like now, what did the future hold?

The players that people talked about were not Spain’s. Even Tebas might have been a bit worried although he wouldn’t have said so.

It didn’t end there, either. Toni Kroos, scorer of that wonderful goal against Sweden, was soon gone too. By the time the semifinals came around, one headline in Spain sadly declared this the “most Premier League World Cup” in style and in stats, too: 40 of the remaining footballers played in England, 44 of the goals had been scored by Premier League players and the two top scorers were there.

The player that most excited them, meanwhile, was playing in France as Kylian Mbappe had turned down Madrid the previous summer.

All of which left Spain with little. Two days later, though, another headline crowed: “La Liga exposes the Premier League.” What a difference two days make.

And so here we are, going into the final, the last game of a tournament at which someone else takes centre stage. This is not Spain’s final, however much some try to make it so, but in turns out when everyone else has fallen by the way, that there are more La Liga players in the final than there are from any other leagues: 11 of them, to be precise, compared to nine from France, seven from Serie A, six from England, five from Germany, two from Croatia and one each from Belgium, Austria, Turkey, Russia and Ukraine.

While it is true that Paul Pogba, Mbappe and N’Golo Kante occupy most people’s lists of the tournament’s best players, so perhaps do Griezmann, Luka Modric, Ivan Rakitic, Samuel Umtiti and Raphael Varane. Depending on your preferences, there’s Diego Godin, Philippe Coutinho and Denis Cheyshev too.

It’s a timely reminder, for the surprisingly large number of people who need it, that there is life beyond Messi and Ronaldo. It’s not to say that this means a decisive shift — it would take a fool to suggest that Messi won’t be, well, Messi again this coming season — but it does mean that there other players worth watching and celebrating. And that’s before you even consider the likely moves between now and the end of the summer given Madrid and Barcelona’s voraciousness in the market.

Eden Hazard, Harry Kane, Neymar, Mbappe, James Rodriguez: at least one of them will be in Spain next year. “Cristiano left but others will come,” said Tebas.

Those that are already there have taken a step forward too, if not necessarily in play then certainly in the collective conscious.

In Griezmann’s case, if this is looked at from the perspective of the league (again, sorry about that) there is something extra as well. The World Cup final comes as reassurance for La Liga and offers another chance to expand and break the duopoly. This summer, he eventually made up his mind. He was not going to Barcelona, after all. He was staying at Atletico, the team who finished above Real last year: it was a choice symbolic of their growth and ability to resist, a trend towards the two further arrested by the club that has managed to change the shape of Spanish football.

A team with a World Cup finalist. A team that, like Madrid and Barcelona, will have a World Cup winner. Guaranteed. Atletico have four players in the final.