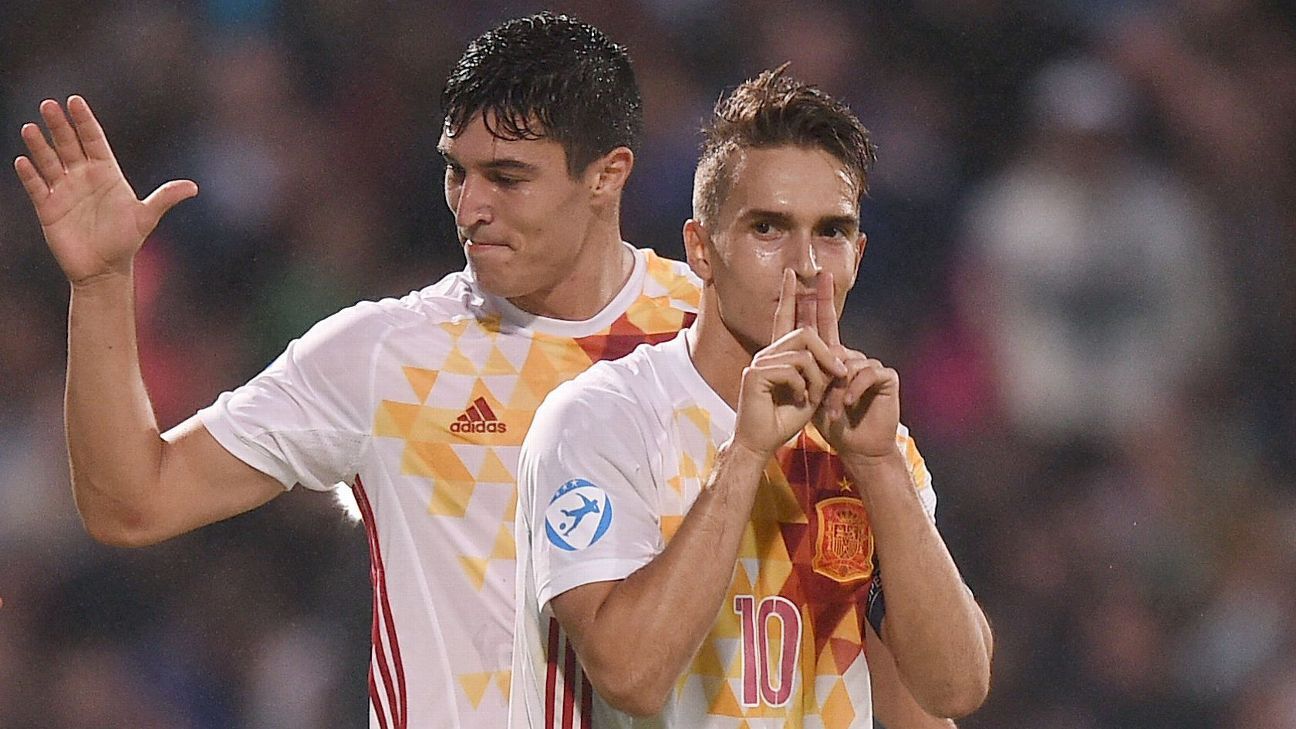 “Jose Luis Gaya, Denis Suarez… Inaki Williams,” were read out over the tannoy at the Bydgoszcz Stadium. This was Spain U21’s B team: Gaya of Valencia fame, one of the most exciting young full-backs in world football, Suarez of Barcelona (enough said) and Williams, the new darling in Bilbao with Athletic Club. Not content with harnessing vast amounts of talent in their full squad, Spain’s depth is now so absurd that selection issues are evident throughout the youth pyramid.

Player-for-player, the U-21 squad arrived in Poland seen as the strongest and they have not disappointed. Three games, three wins. Nine goals scored and just the single one conceded, a stunning Bruma effort against their main threat in Group B, Portugal. They’ve also got arguably the star of the tournament in Real Madrid’s Marco Asensio. Like his team, he decided to justify the hype almost immediately by scoring a superb hat-trick against Macedonia in the opening game. It followed on from an impressive debut season at Madrid in which he never looked overawed by his environment.

There is a confidence in Asensio that glows when he touches the ball. He has the ability to get the spectators on their feet in anticipation of what is coming. His star quality is already touching the masses in Poland: locals chant his name at every game.

The team seems to be revolving around Asensio and while he possesses potential world-class ability, others need to step up. If there was a doubt over this Spain side in this tournament, it would be that they perhaps lack the collective system Julen Lopetegui installed during the 2011 competition. Coach Celades is in no way rated as highly as his predecessor and at times, you get the sense this team could play without a man in the dugout, such is the incredible individual ability in this squad.

One of the players boasting exactly that is Dani Ceballos. He was left out of the first game and behind the scenes, he expressed disappointment at the decision. Ceballos felt he deserved a key role alongside Asensio, his best friend, especially off the back of an outstanding season with Real Betis. When he was brought on against Macedonia, he turned out to be the second-best player behind Asensio despite only having a brief cameo.

There’s a fire inside Ceballos that rarely needs fanning, for he creates his own drive and determination. “Tuesday at 9 p.m. is my time. It’s the most important game of my life,” he said ahead of Spain’s semifinal clash with Italy. Rather than come for a stroll in Poland, Ceballos wants to play every minute. Any concerns over young players perhaps lacking motivation and desire need not apply to the Betis firebrand.

Elsewhere, Marcos Llorente has been an unsung hero. An unassuming presence, he’s quiet but pleasant around the Spanish camp and is an excellent professional. He eats well, is regularly in the gym even outside of designated times and lives an extremely clean life. Those worried about another Asier Illarramendi case of “small fish in a big pond” need not worry as Real Madrid-bound Llorente is a strong-minded individual well aware of his ability.

Spain understand the expectations placed upon them and what must be delivered in Poland. Anything less than a win in the final in Krakow on June 30 would be seen as a failure given the talent level in the squad. So far, they’ve only faced an extremely strong test in the shape of Portugal. After falling behind early, Portugal responded well and rocked Spain a little. They pressed high and restricted the movements of full-backs Jonny and Hector Bellerin, both of whom are encouraged by Celades to own the wide territory and cover every blade of grass. Ruben Neves posed questions in central midfield too; for the first time, Spain seemed to lack dominance in the middle.

But Spain aren’t one-dimensional, showing that they can be a threat without the ball, too. After soaking up pressure, they would counter in a quick and precise manner, resulting in crucial goals that thwarted Portugal’s threat. This makes Spain even more of a dangerous opponent; they don’t necessarily need to monopolise possession in order to pick teams apart.

Italy await in Krakow on Tuesday but Spain are prepared. This latest golden Spanish generation were born ready.