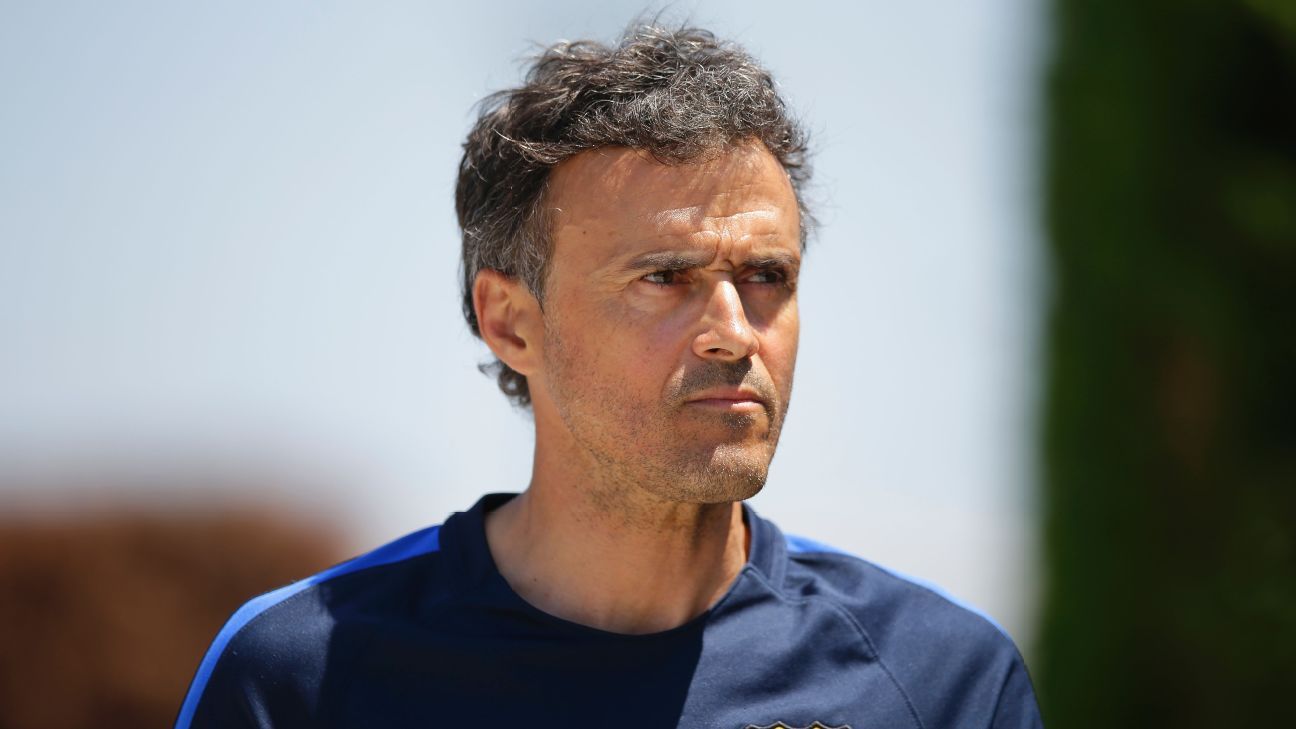 
Former Barcelona coach Luis Enrique is set to be named as the new manager of the Spain national team, according to widespread reports in the country.

The Royal Spanish Football Federation (RFEF) have scheduled a news conference on Monday to announce changes to the organisation’s structure.

Fernando Hierro, who stepped in as caretaker manager after Julen Lopetegui was sacked on the eve of the World Cup, announced on Sunday he was leaving the RFEF and would not revert to his role as football director.

Marca’s front page has a photograph of Luis Enrique with a headline: “The new Luis. Luis Enrique will be the next coach of the national team. His mission will be to return Spain to the place where [Luis] Aragones and [Vicente] Del Bosque had taken it.”

Sport newspaper also claim that Luis Enrique, who left Barcelona in May 2017 after winning nine trophies in three seasons, is the frontrunner for the position and that RFEF president Luis Rubiales will name him as Lopetegui’s successor on Monday.

Luis Enrique admitted in 2015 he would be “very keen” to one day coach the national team.

The 2010 champions were eliminated from the World Cup by hosts Russia in the round of 16 of the competition after losing 4-3 on penalties following a 1-1 draw.

A former Spain international, Luis Enrique represented both Real Madrid and Barcelona during his playing career. The Gijon-born coach replaced Gerardo Martino in 2014 and steered Barca to win the treble in his first season at the helm. He followed it up with a domestic double in the 2015-16 campaign.

He previously coached Celta Vigo and Barca’s reserves, as well as Serie A side Roma.

Spain face England on Sept. 8 at Wembley in their first game of the UEFA Nations League, after being drawn in a group which also contains Croatia.