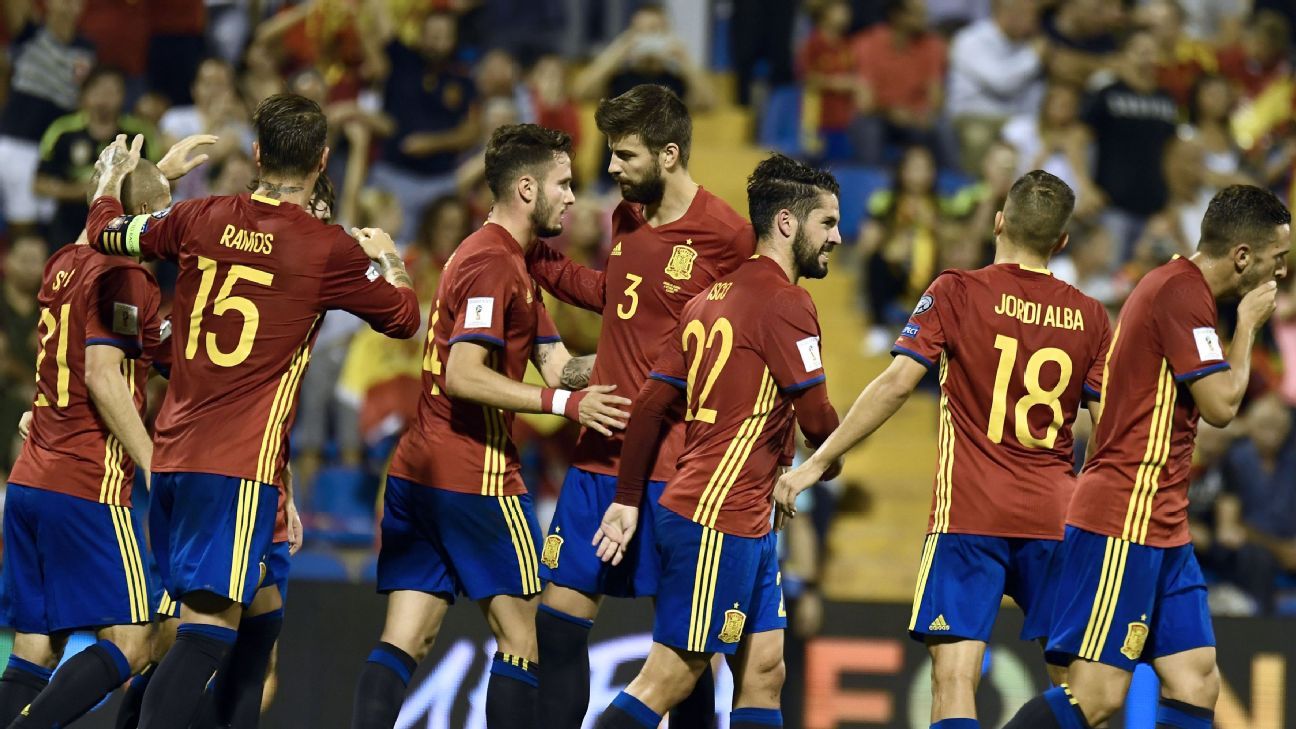 
FIFA has confirmed the seven highest-ranked nations joining hosts Russia as the top-seeded teams in the World Cup draw.

France rise one place to seventh to edge out Spain as defending champions Germany head an unchanged top six.

After a busy qualifying programme last week, Brazil, Portugal, Argentina, Belgium and Poland are also top-seeded for the Dec. 1 draw in Moscow.

FIFA uses its October World Ranking to decide all four seeding pots despite nine places in the 32-team World Cup lineup still to be decided in November.

Russia are top-seeded for the World Cup despite being ranked 65th as they are hosting next summer’s tournament, which is why 2010 world champions Spain miss out on a place in Pot One. Switzerland had sat seventh in last month’s ranking but have since dropped down to 11th.

Ninth-placed Chile are the highest-ranked team that have failed to qualify for the World Cup, while Peru rose into the top 10 for the first time after qualifying for the intercontinental playoff against New Zealand.

Europe has 28 teams in the top 50, one more than last month — a rise that comes at the expense of South America, which has been reduced to eight teams.