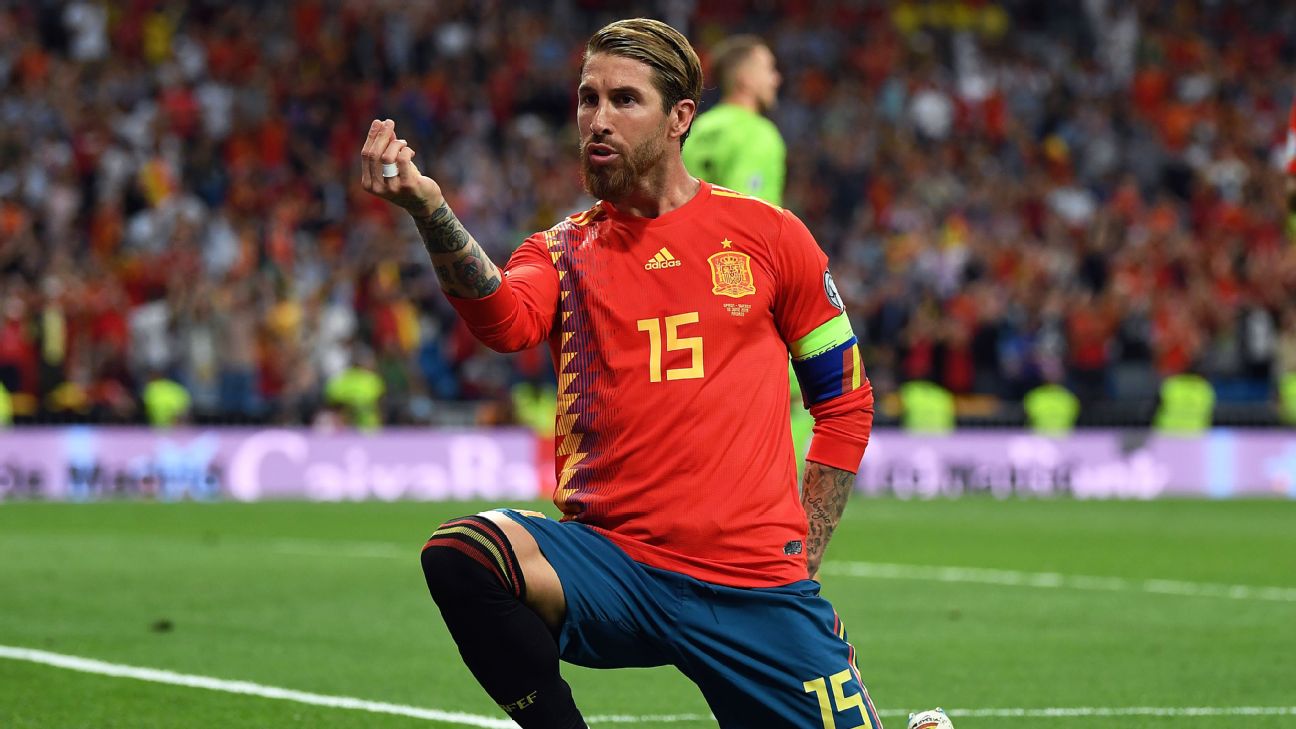 
Sergio Ramos has been hailed as “a special player” and “role model” as he prepares to lead his team out in Sunday’s Euro 2020 qualifier against the Faroe Islands and join Iker Casillas as Spain’s most capped player.

The 33-year-old captain scored in Thursday’s 2-1 win in Romania and is now set to match his former Real Madrid and Spain team mate Casillas’ record of 167 caps in Gijon.

Spain coach Robert Moreno paid tribute to the defender ahead of the match, saying Ramos had helped him adapt to the role since Luis Enrique stepped down this June for personal reasons.

“The more I get to know him, the more he keeps on surprising me. He is an example, a role model and he is helping me a lot,” Moreno told a news conference on Saturday.

“He has been supporting me every day and helping me transmit my ideas for the team to the other players. You can speak to him about anything. He accepts criticism constructively, which is something rare at this level. He makes everything easier.”

Ramos is the only surviving member from the Spain team that won Euro 2008, ending a 44-year wait for a trophy and starting a glorious era of international dominance that would see them lift the 2010 World Cup and then triumph at Euro 2012.

He has scored four goals in five European qualifiers and his penalty against Romania put him among Spain’s top 10 all-time goalscorers, with 21 in all competitions.

“What he has achieved for his club and the national team is staggering,” said Spain midfielder Sergio Busquets.

“We are very proud to play alongside him.”

Faroe Islands coach Lars Olsen also heaped praise on Ramos, but did not paper over the defender’s reputation for ill discipline, which has seen him sent off 25 times for Real.

Ramos, however, has never been shown a red card while playing for Spain.

“He is a special player, one of the best defenders in the world,” said Olsen.

“He’s a very strong defender, but sometimes he’s a little brutish in his style and picks up a red card that he could have avoided. But leaving that aside, I admire him a lot.”