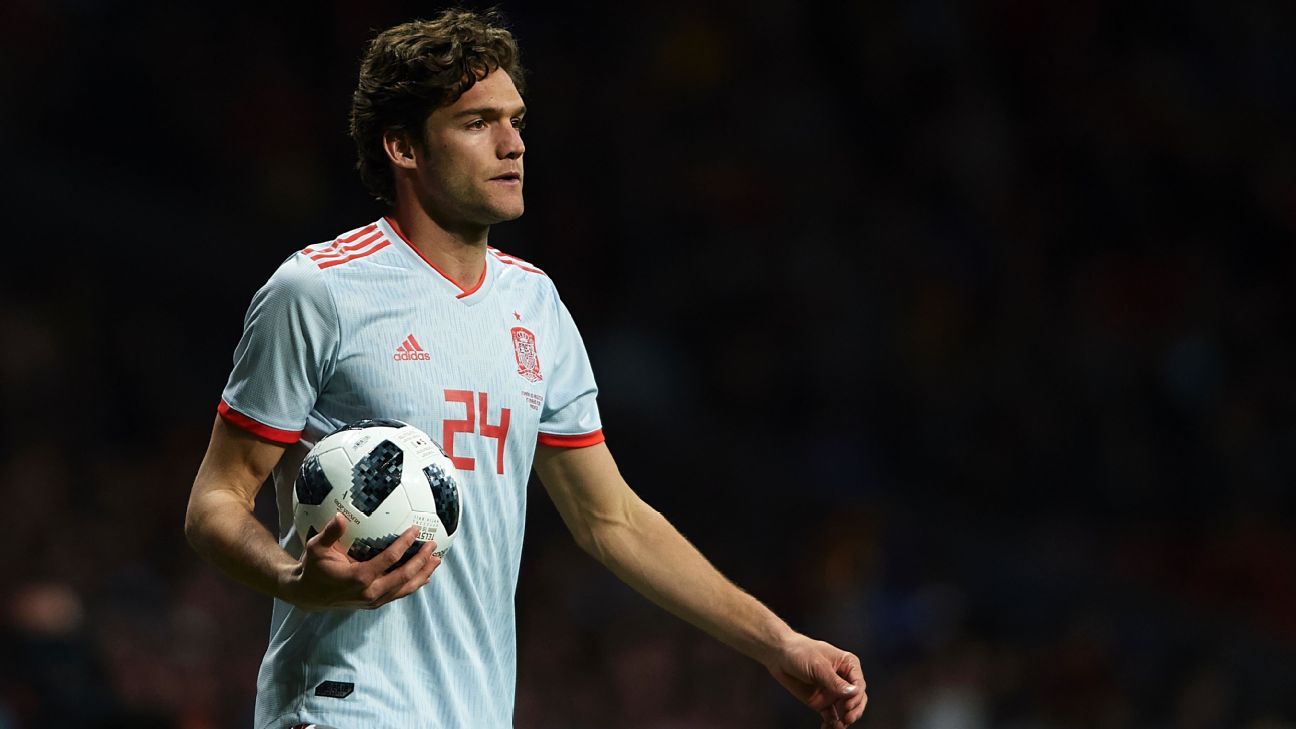 
Marcos Alonso says he is fully committed to Chelsea and also hopeful of cementing his place in Spain’s squad after making his national team debut on Tuesday.

The 27-year-old left-back replaced Jordi Alba in the 79th minute of Spain’s 6-1 win over Argentina in a World Cup warm-up in Madrid to earn his first cap.

In doing so, he followed the footsteps of his grandfather, Marcos Alonso Imaz , and father Marcos Alonso Peña, to make history by becoming the third generation of Alonso to compete for his country.

A reported target of Paris Saint-Germain this summer following another strong season at Chelsea, Alonso told Onda Cero radio: “I’m delighted to have made history but the important thing is to continue to do a good job. I’ve worked hard at Chelsea to do things well and that is why I’m here.

“[Spain coach Julen] Lopetegui told me to enjoy this experience, to be calm. I’m very happy and grateful that he gave me this opportunity. It was an important moment for me and I’m delighted and proud to be here.”

Alonso could not have asked for a better debut. “We have played the perfect game against Argentina,” he said. “It’s been incredible how we controlled the game, how we scored six goals against Argentina.

“The team has done a great job and it’s a fantastic result looking ahead to the World Cup. Argentina have a lot of qualify although they were missing important players.”

Alonso, who has made 28 league starts for Chelsea this season, says he will continue to persevere in order to be a regular in Spain’s squad.

“It will depend on the coach [Lopetegui], he has a difficult task ahead,” the former Real Madrid player said. “I just have to fully concentrate with Chelsea because we have an important end to the season. I have to continue to do things well.”