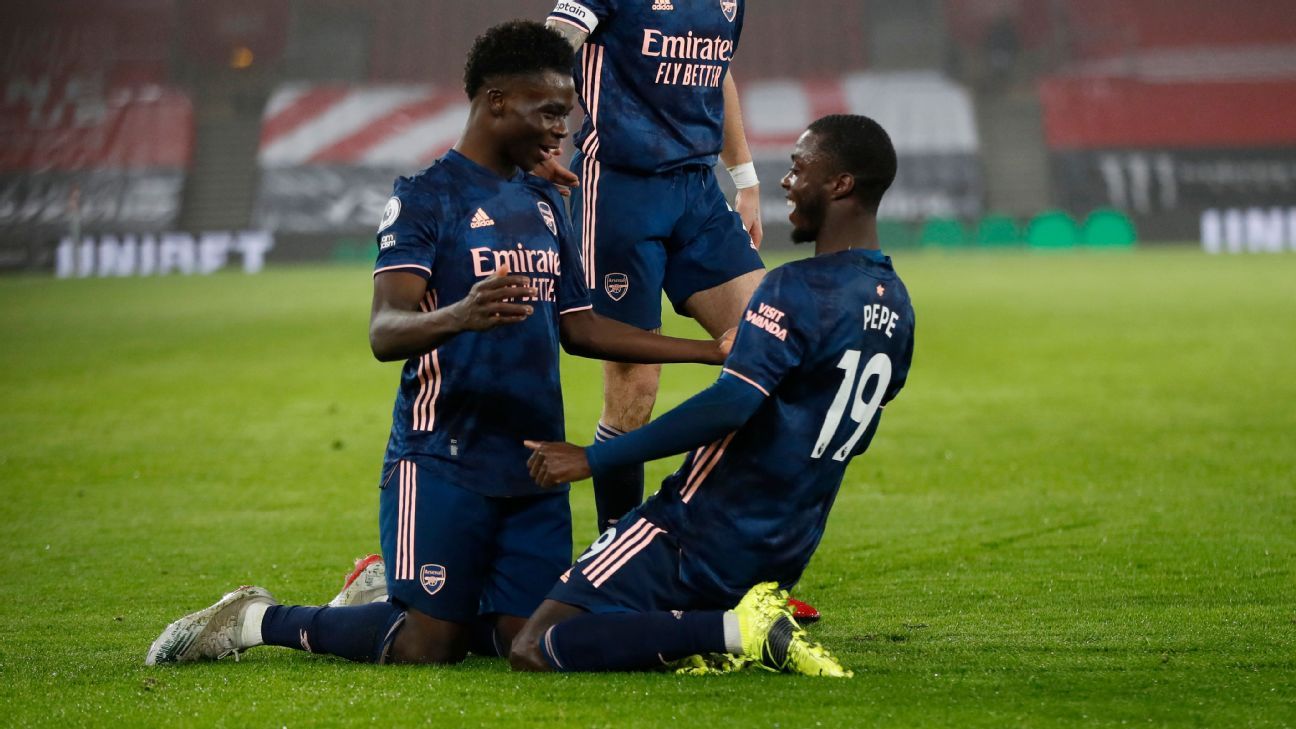 Goals from Nicolas Pepe, Bukayo Saka and Alexandre Lacazette completed the turnaround after Stuart Armstrong had put the hosts ahead with a fine effort from a corner in the third minute.

The victory continued Arsenal’s recent resurgence. The Gunners failed to win in five Premier League games before Christmas but have now won five in a row to climb to eighth in the standings.

Pepe levelled proceedings with a close-range finish after being played through by Granit Xhaka‘s well-weighted through-ball.

Saka nudged the visitors in front on 39 minutes when Southampton goalkeeper Alex McCarthy rushed out of his goal but was rounded by the Arsenal man who shot into an empty net.

And Saka then set up Lacazette to give Arsenal a two-goal cushion in the 72nd minute with a close-range tap-in.

Fernandes brace lifts Manchester United past Real Sociedad in show-stealing 9/10 performance
Arsenal striker Lacazette joins custom boots craze with pair inspired by Minions, Philadelphia 76ers
My coaching team is best in world
Players are being ‘used as puppets’ in taking a knee
Liverpool to miss out? Breaking down the six-team battle, key men