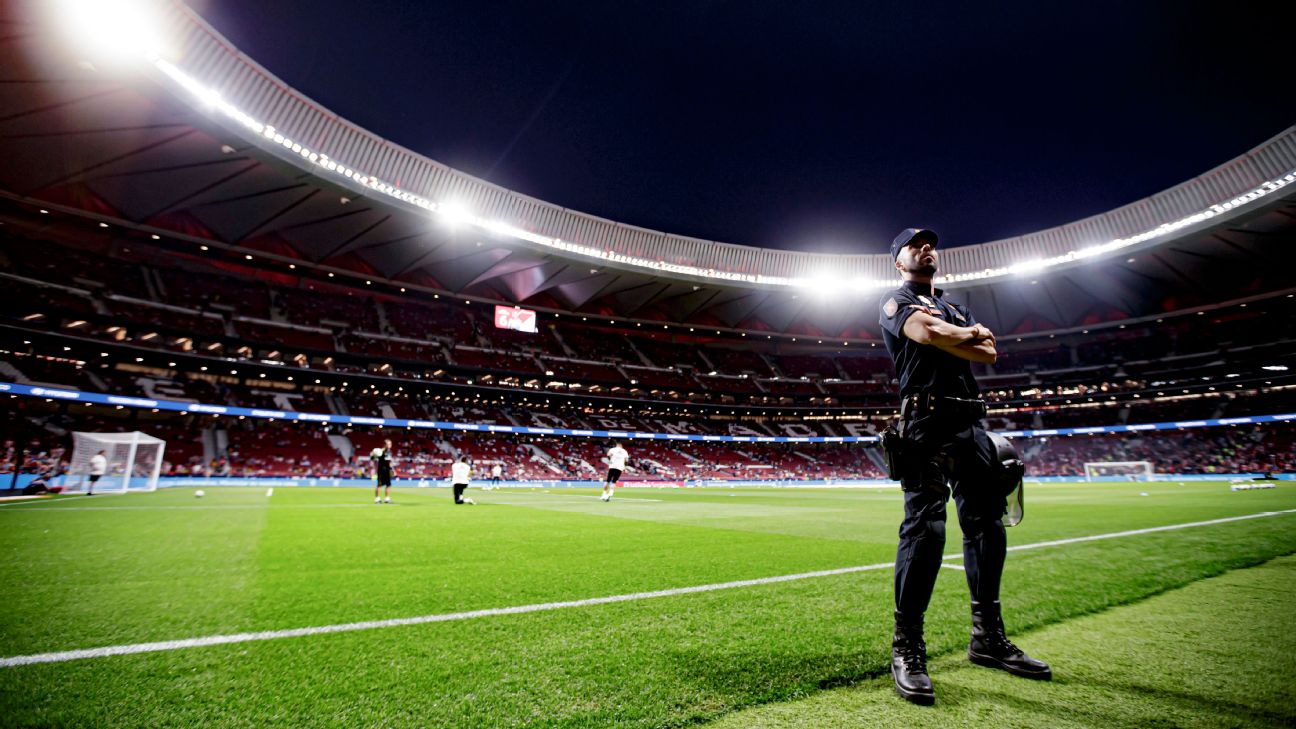 
Spanish authorities have arrested several members of an organised group in connection with home invasions and burglaries of Real Madrid and Atletico Madrid players, sources have told ESPN FC.

The group, which consists of four Albanian members, was arrested after the Civil Guard, an organised military force that has police powers, raided their bases in Madrid and Toledo.

Sources close to the investigation said that a fifth member has not been found and managed to flee Spain, which will lead to an order for an international search to be processed.

Sources have told ESPN FC that during the operation, police recovered more than €10,000 in cash as well as jewellery, car keys and items of great sentimental value, including the Champions League runners-up medal which belonged to Atletico Madrid midfielder Thomas Partey, who had his house burgled twice in the space of a week.

Although there has yet to be official confirmation, police sources told ESPN FC on Thursday the Guardia Civil are working on the basis the same group also burgled the houses of players including Casemiro, Alvaro Morata, Lucas Vazquez, Zinedine Zidane, Isco and Karim Benzema.

Possessions were stolen in the majority of cases but in the incidents involving Morata and Thomas, their families were home at the time the robbers entered.

There has been a long list of footballers in Spain who have been burgled in recent months from clubs such as Barcelona, Valencia and Real Betis (Gerard Pique, Arthur, Samuel Umtiti, Gabriel Paulista, Funes Mori, William Carvalho), but it has yet to be confirmed whether the arrested group is responsible.

Real Madrid manager Zinedine Zidane has also been burgled whilst Vazquez’s wife and other players have shown concern over the situation and hope these arrests will help the players feel more secure.

ESPN FC has been told that many players have reinforced their household security with private guards and some have even moved.