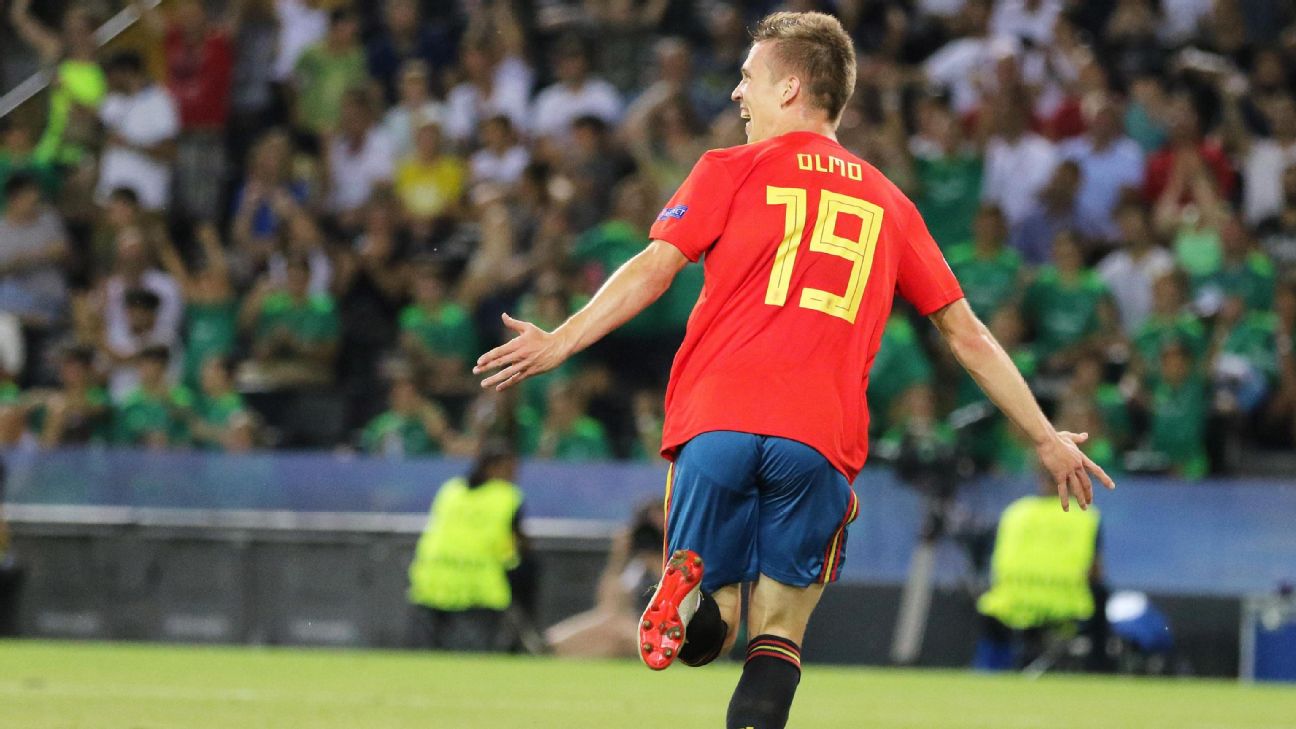 
Barcelona are closely following the progress of Real Betis’ Emerson, Dinamo Zagreb’s Dani Olmo and Napoli’s Fabian Ruiz as they begin to plan for next season, multiple sources have confirmed to ESPN FC.

The transfer window only closed at the beginning of September but Barca are already making plans for the future, with a right-back to put pressure on Nelson Semedo among their priorities.

Brazilian full-back Emerson is one player they are keeping an eye on. Barca co-own the 20-year-old having done the deal with Betis to bring him to Europe from Atletico Mineiro for €12 million last January.

Barca have been impressed with his performances since he arrived in Spain. They have an option to sign him for €6m in 2021 but could look to bring him in a year earlier. They considered his signing this past summer when Semedo was being chased by Atletico Madrid and Paris Saint-Germain.

Meanwhile, Olmo is well known in Camp Nou circles. The versatile forward left the club aged 16 in 2014 and has grown into an important player at Croatian side Dinamo Zagreb.

Olmo, 21, has expressed a desire to move to a bigger club. Atletico and Tottenham were among those keen on him in the summer transfer window but they were put off by his €40m price tag.

Barca have been impressed by his performances for Spain U21s. He was one of the stars of their European Championship success in June and the club value his ability to play in a range of positions.

There’s currently an excess of midfielders in the squad but with Arturo Vidal and Ivan Rakitic unlikely to have long-term futures in the side, Fabian’s a player they’re monitoring. Sporting director Eric Abidal watched him live last weekend.