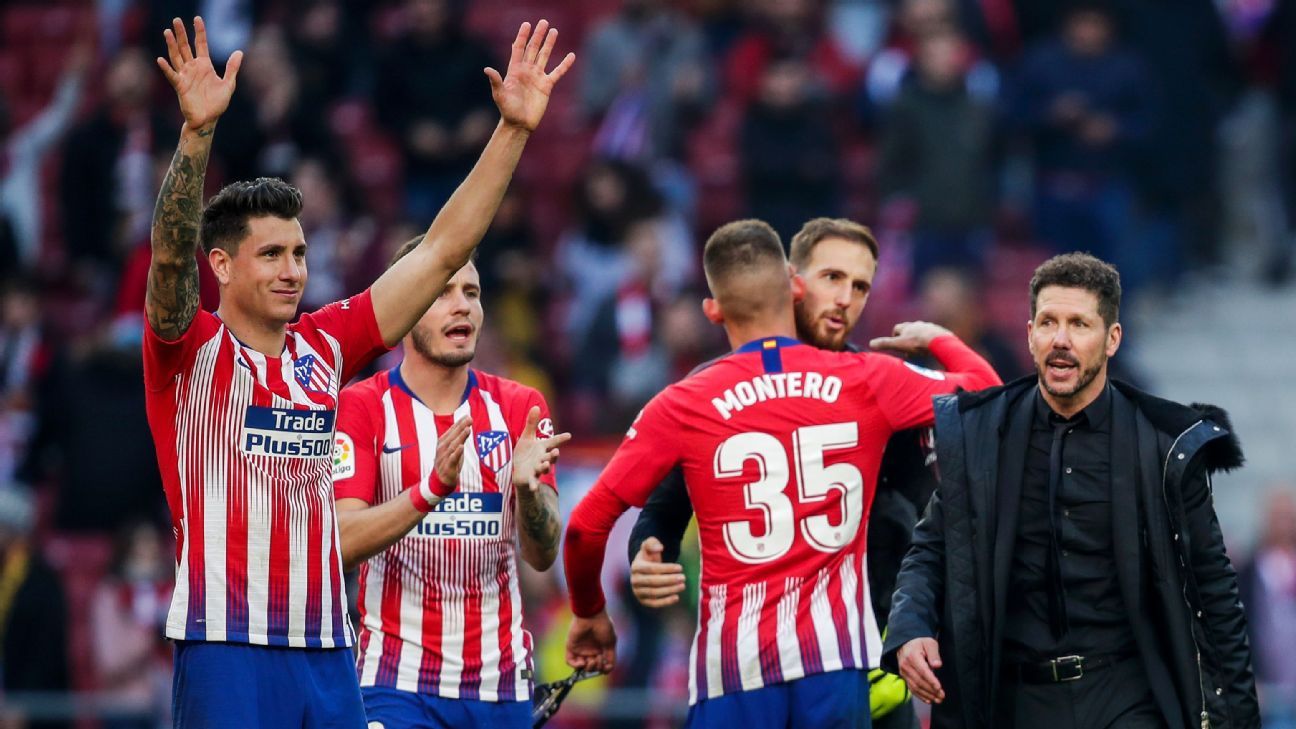 
The final matchday of the UEFA Champions League group stage was a very good one for teams who saw little of the ball, as several sides who had 40 percent or less possession claimed some notable victories. The most striking of those wins came at the Santiago Bernabeu, where CSKA Moscow, who had just 31 percent of the play, defeated titleholders Real Madrid 3-0. In doing so, they not only became the first opposition to beat the stumbling Spanish giants both home and away in the Champions League in 10 years, they also confirmed the success of a very effective footballing philosophy.

It can be argued that in the world of football tactics, there are two dominant schools of thought. One of those is the maximalists: those teams, like Pep Guardiola’s Manchester City, who don’t so much keep the ball as confiscate it. At the other end of the spectrum are the minimalists, represented by Diego Simeone’s Atletico Madrid and Lucien Favre’s Borussia Dortmund; they treat possession almost as a sinful pleasure, to be indulged only when strictly necessary. Both will be tricky opponents in the Champions League last 16 given their approach to the ball; expect Juventus and Tottenham to work tirelessly if they’re to reach the quarterfinals as a result.

Simeone’s form of footballing austerity has been brutally effective; there’s something medieval about it given that it’s based upon a defence as unyielding as a portcullis, and a counterattack as swift and brutal as a crossbow.

His approach has a proud lineage; in fact, one could argue that the Atletico manager is as faithful to old ideals as Guardiola. While the Spaniard took his lead from Johan Cruyff at Barcelona, Simeone could be said to follow in the tradition of Helenio Herrera, a fellow Argentine who, in the 1950s and 1960s, used a similarly stripped-back style to win four La Liga titles, three Serie A titles and two consecutive European Cups. (In a striking historical parallel, Herrera also excelled at Atletico and Inter Milan, two clubs particularly close to Simeone’s heart.)

For all the praise Guardiola rightly receives for his influence on the modern game, it can be argued that Simeone, in some sense Herrera’s spiritual heir, had a significant hand in France’s World Cup triumph this summer. Two of his players, left-back Lucas Hernandez and forward Antoine Griezmann, started every match in Russia; the latter scored four times in the tournament, including two in the final. What’s more, they were both perfectly suited to Didier Deschamps’ tactical outlook, which relied (much like Simeone’s Atletico) upon watchful defence and the ability to break at warp speed.

During this season’s UEFA Champions League group stage, Simeone has found himself bested by Favre and Dortmund, a team using a more thrilling version of his method: less sturdy in defence, faster and more flamboyant in attack. When the two sides met, Dortmund prevailed 4-0, a game in which the Germans not only had less possession than Atletico (49 percent to 51 percent), but fewer attempts on goal (11 to 13). In essence, Favre and his team had upgraded Atletico’s approach, but it’s unlikely Simeone would have taken that as a compliment.

Fortunately for Simeone, Atletico would get revenge the next time the teams met, beating Dortmund 2-0. In that match, Simeone remained resolutely on brand; despite playing at home, his team had just 32 percent possession yet had a remarkable 15 shots to Dortmund’s four. Atletico handled their opponents with the disdain and efficiency of professional snipers. Both teams, with their successful variations on the same theme, would make good bets to win the entire tournament.

Minimalism is a fitting identity for clubs who see themselves as underdogs, which is why it suits Dortmund and Atletico. Though they have considerable assets compared to most of their peers, they’re still on the fringes of football’s elite, the small enclosure that is home to the very biggest institutions such as Bayern Munich, Barcelona and Real Madrid.

Against these giants who can easily outspend them, minimalists like CSKA Moscow and Viktoria Plzen — who beat Roma 2-1 in Champions League matchday six — are the daring raiders, storming the barricades of the wealthy and making off with the stash. The ultimate minimalists, Leicester City, won the 2015-16 Premier League title with an average of just under 45 percent possession all season; only two teams in the division, West Bromwich Albion and Sunderland, had a lower amount in that campaign.

There is a widespread lament that teams with abundant resources, like France at the 2018 World Cup, should play with an open, flamboyant style, but their success shows that there is still a great deal to be said for safety first. And, as they and now CSKA Moscow can readily attest, less of the ball is truly more.