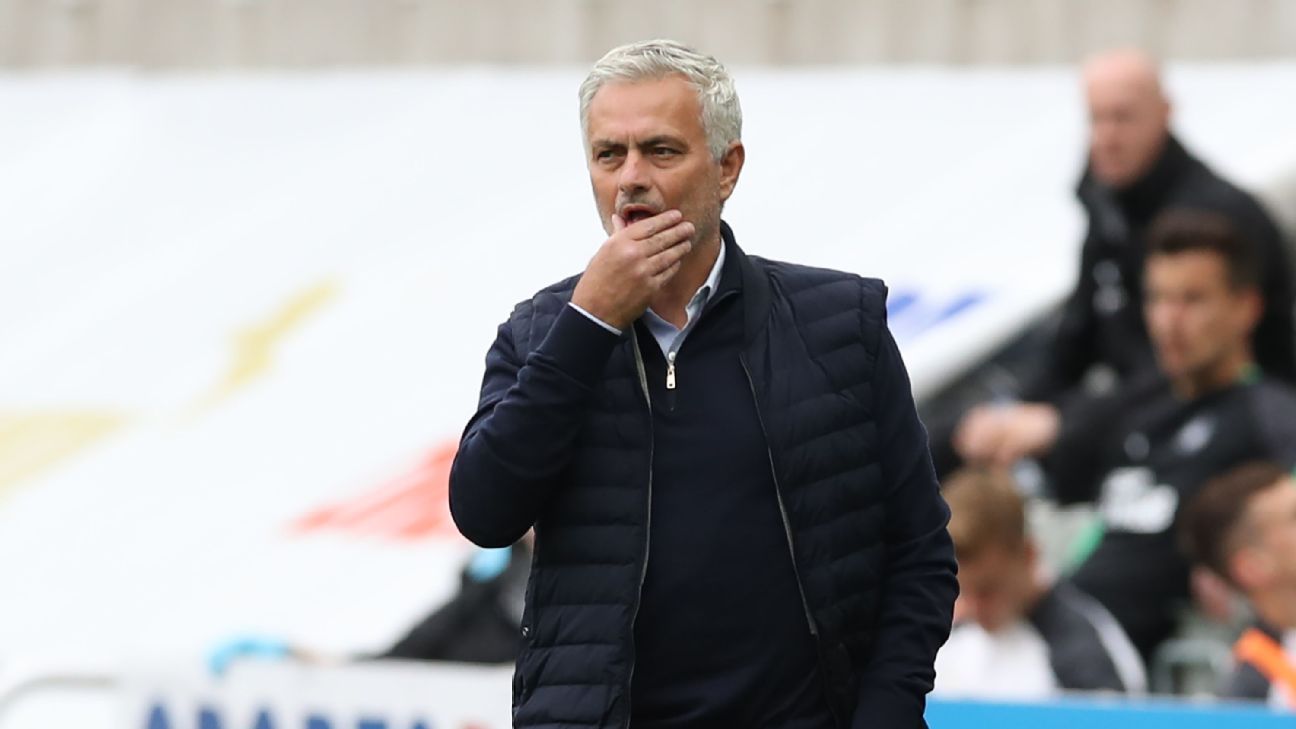 
Jose Mourinho has taken another dig at the decision to overturn Manchester City‘s European ban and said some clubs can “forget about financial fair play” in order to sign the best players in the world.

The Court of Arbitration for Sport overturned City’s two-year ban from European competition on Monday, saying the club “did not disguise equity funding” but failed to co-operate with UEFA’s authorities investigating alleged rule breaches between 2012 and 2016.

After the decision was announced, Tottenham boss Mourinho said it was a “disgrace” and has now hinted it would be easier for City in the transfer market this summer.

When asked about the club’s potential transfer activity, Mourinho responded: “For some clubs it’s easy, you just break the rules, you forget the financial fair play, you spend what you want and you get the good players.

“For some other clubs, it’s more difficult who want to follow the rules. You don’t want to be seen with the eyes of breaking the rules and not playing a fair competition and for this profile of club, this situation is more complicated but I know what Tottenham is before I sign my contract.”

Liverpool manager Jurgen Klopp also criticised the decision which led City boss Pep Guardiola to launch an attack on his rivals and say the club was owed an apology.

Spurs need six points from their two remaining Premier League matches to secure a place in the Europa League and Mourinho said he tells his players they are two wins away from winning the competition.

“We need motivation. I don’t want my players to be disappointed with the fact that we don’t play in the Champions League. This is a way to try and motivate the troops.”

Spurs have not played Europa League football since the 2016-17 campaign and Mourinho has only competed in the competition on two occasions, where he won the trophy with Porto and Manchester United.

Netherlands captain Wijnaldum is the type of player every top team, from Liverpool to PSG, needs
Denmark’s Christian Eriksen surprised teammates at training after hospital release
UEFA probes discrimination at Hungary’s Euro 2020 matches in Budapest
France’s stars rolled up their sleeves to beat Germany. Here’s what else we learned from first round of games
Barcelona to bid for Germany, Atalanta defender Robin Gosens