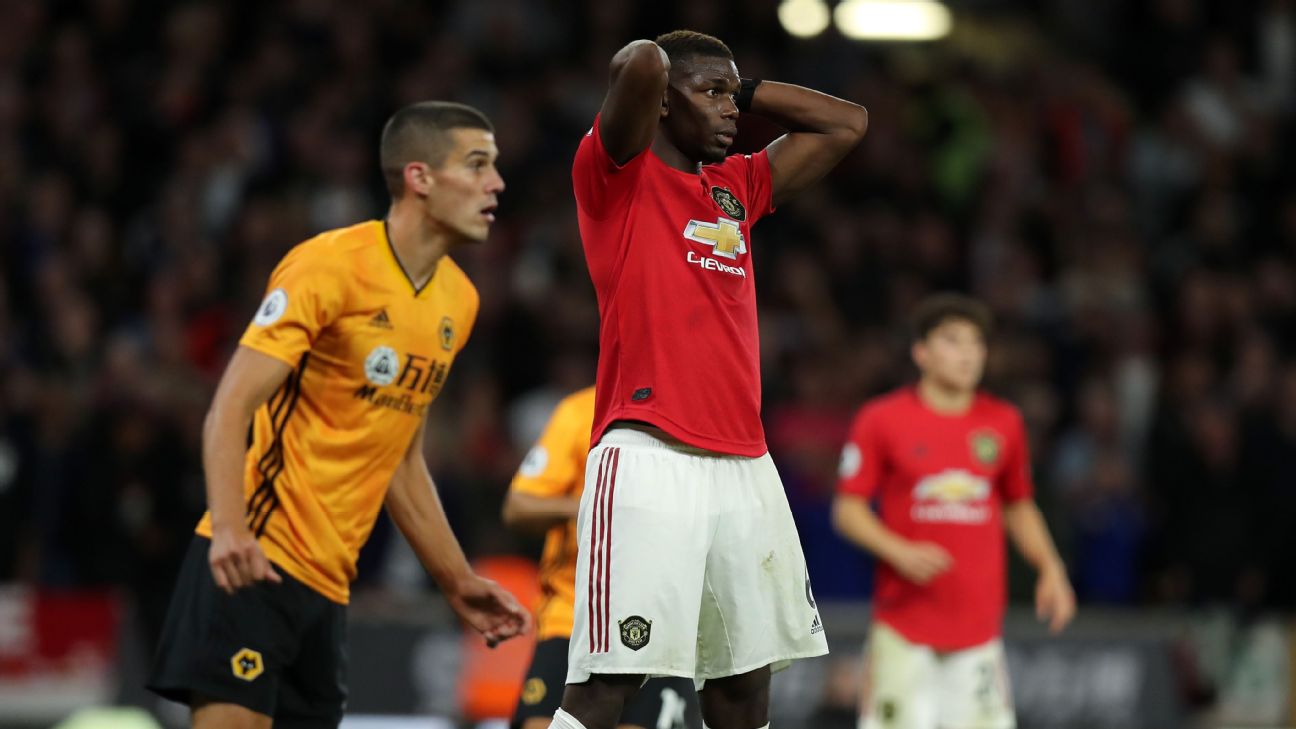 
WOLVERHAMPTON, England — Ole Gunnar Solskjaer has defended Paul Pogba after his penalty miss denied Manchester United victory over Wolves at Molineux, as the two teams settled for a 1-1 draw.

Pogba saw his second-half spot kick saved by Rui Patricio after a debate with Marcus Rashford, who scored a penalty against Chelsea.

Sky pundit Gary Neville said the incident was “not right” after the match, but Solskjaer refused to blame the Frenchman, who has now missed four penalties in the last year.

“The two of them are confident and good penalty takers,” said Solskjaer. “When there are two names there it’s the one who’s the most confident and Paul has scored so many before so absolutely no problem.

“Sometimes in a game you do grow in confidence. Sometimes; ‘I don’t want to take it today because I had a bad day.’ I’ve got absolutely no problem with players walking up and saying, ‘this is mine’.”

Rashford is yet to miss a penalty for United and scored from the spot in the 4-0 win over Chelsea on the opening weekend of the season.

After a conversation with Pogba, he appeared to be led away by Daniel James but Rashford insisted afterwards there was no problem between the pair despite the miss.

“Paul wanted to take it, so he took it,” said Rashford. “Everyone can miss a penalty. He’s scored countless of penalties for us. It’s normal to miss one.

“We decide who wants to take it. The confidence you are going to score the goal is always the same. We practice all the time. There is no reason why we shouldn’t score. It’s not on Pogba, it’s on the team.”

Speaking on Sky during the game, Neville said the penalty taker should have been decided before the game.

Speaking after the game, Solskjaer also addressed Alexis Sanchez‘s future after the Chilean was omitted from squad which travelled to Wolverhampton.

Sanchez is wanted by Inter Milan while sources have told ESPN FC that Juventus and Napoli are also interested.

Solskjaer said in the build up to the trip to Wolves that he expected the 30-year-old to stay at Old Trafford, but at Molineux he left the door open for him to leave the club before the European deadline on Sept. 2.

“There’s still a couple of weeks left and there is a chance some clubs have shown interest in Alexis and we’ll see what happens,” said the United manager.