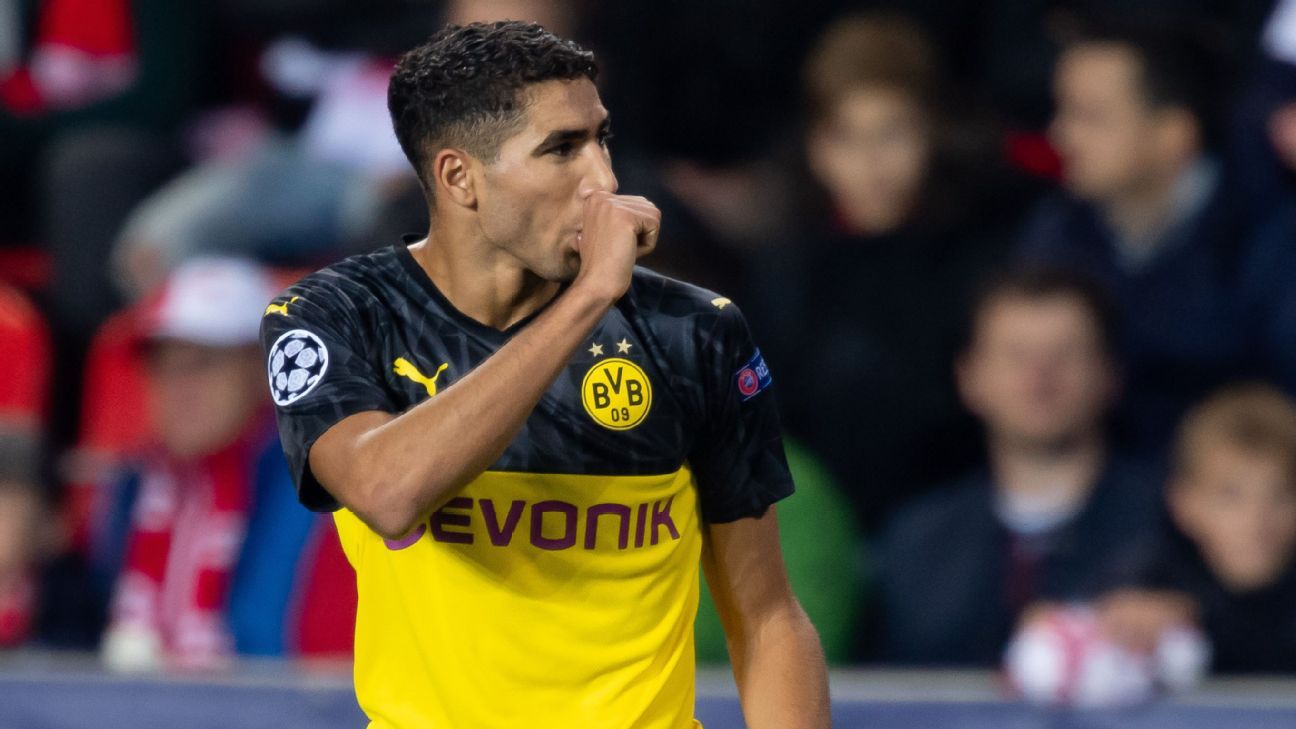 Defender Hakimi broke the deadlock in the 35th minute following a counter-attack, cutting inside the penalty area before firing past the Slavia keeper.

Hakimi doubled the lead in the 89th minute when he slotted home a pass from Julian Brandt following another break to seal the German side’s first victory of the group stage.

“The opponents were really dangerous for 90 minutes and they had chances,” Favre said. “I had to shout at the players to attack and come back.

“Hakimi is not quite 100 percent accustomed to this position but we are very happy with his performance. He showed he is dangerous going forward.”

Roared on by their fans, Slavia outshot the visitors 17 to 10 with more attempts on target but lacked the clinical finishing needed to overcome a stout Dortmund defence and a speedy attack that punished the home side’s pressing.

Slavia drew 1-1 at Inter Milan in their first group game while Dortmund have four points from two matches after starting with a draw against Barcelona.