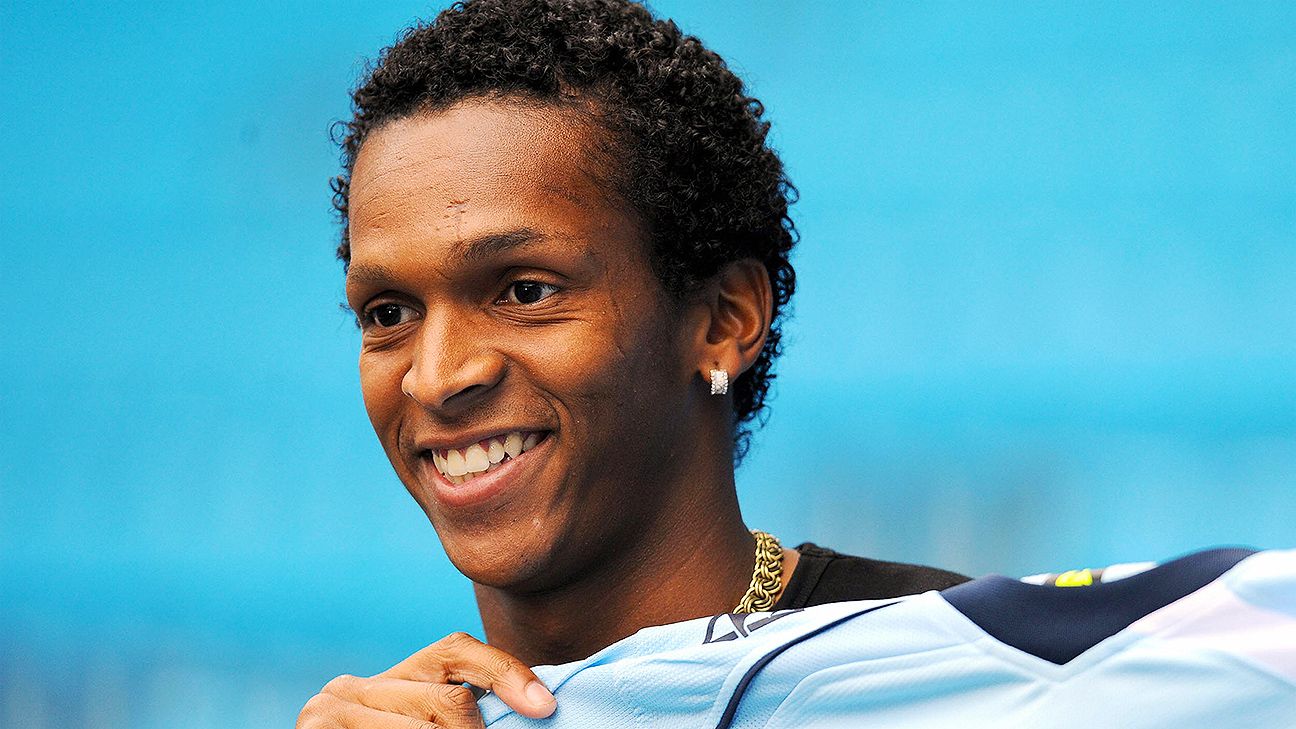 
Gabriel Jesus and Fernandinho may be flourishing at Manchester City but former Brazilian international Jo has revealed that it wasn’t always so easy for Selecao players at the Etihad Stadium.

The Corinthians striker joined City in 2008 for a then-club record £20 million but struggled to make an impact, scoring just one Premier League goal for the club.

His arrival preceded the takeover by owner Sheikh Mansour and the club was quickly transformed with Jo soon followed by compatriot Robinho in an incredible £32.5m deal.

The former Real Madrid player scored on his debut against Chelsea but Jo says he didn’t realise what the Premier League was all about until the following week when they faced Portsmouth.

Jo told ESPN Brasil: “Before the match, Robinho saw some of theirs players: Sylvain Distin, who was 1.93m [metres], Sol Campbell, who was 1.88m, Bouba Diop, was 1.95m, and Peter Crouch was 2.01m. A lot of giants against the tiny Brazilian guy.

“Then Robinho said: ‘Jo, what the hell, are we going to play football or rugby? Look at the size of this guys!’ I laughed and said: ‘Robinho, welcome to the Premier League. And it gets worse!

“He was terrified before the match, but everything ended up really well. We played fine and won 6-0. Robinho had a great start, scoring a goal and giving three assists. I also managed to score my first goal for City.

“Thank God we were playing football. If we played rugby against those Portsmouth guys, we were screwed!”

That was to be his only Premier League goal for City although he had better luck on loan at Everton, where he scored five times from 27 appearances.

Jo, who won 20 caps for Brazil, admits he found it tough in England and that his best form was elsewhere in his home country, with Atletico Mineiro, and in Europe with spells at CSKA Moscow and Galatasaray.

“At CSKA, I played as a second striker, always changing position with my mate Vagner Love. But in the Premier League, I was the centre forward,” he said.

“In England, you have got to have a lot of strength, because there’s contact between the players all the time. I evolved a lot in England, tactically and physically, because the league there is very demanding in every way.

“Everything was new for me in England. I arrived in Manchester City as the club’s most expensive signing ever. After me, came Robinho, Shaun Wright-Phillips, and the team started improving.

And Jo revealed that the defenders across the city at Manchester United were among the toughest he has ever come across.

“Rio Ferdinand was incredible, always well-positioned and playing with a lot of strength and will,” he added. “Nemanja Vidic also had abnormal strength. When we played against each other, there were a lot of bruises after the game.

“The other guy that I had some difficult time facing was John Terry. But in the end, there were no easy games or easy defenders in the Premier League.”