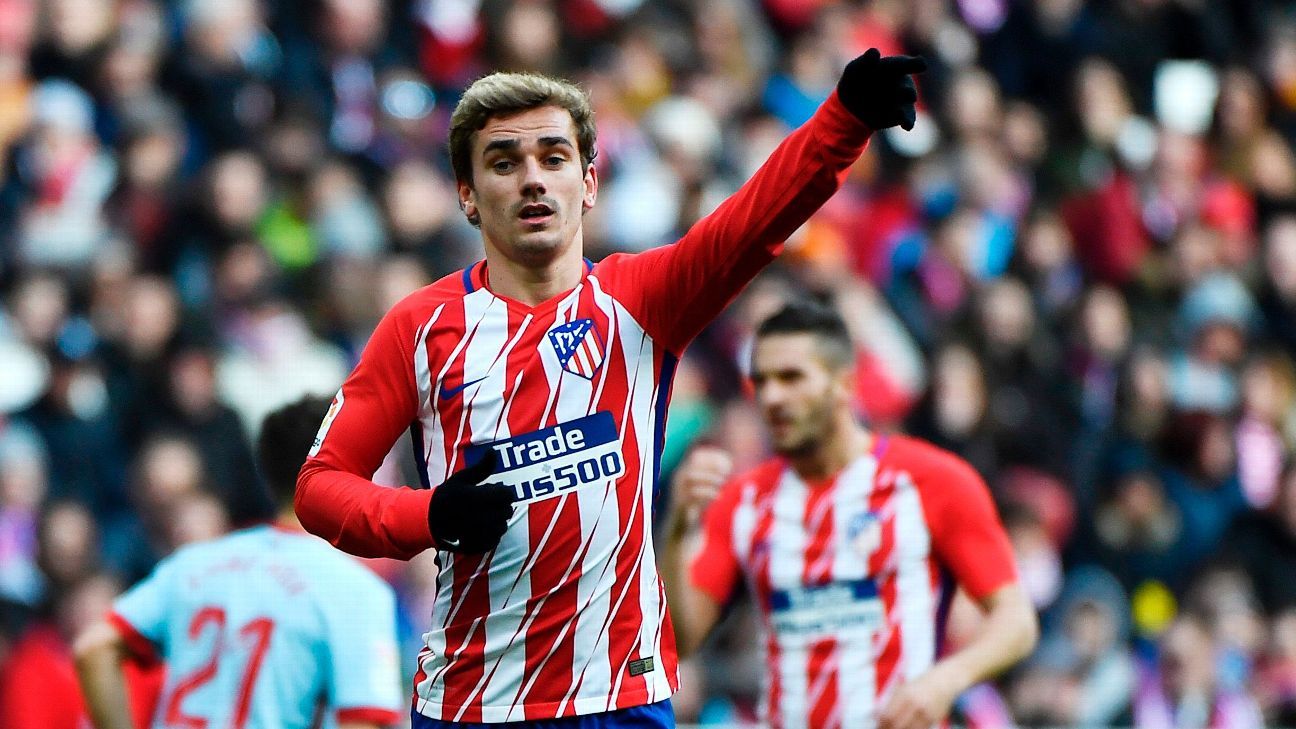 
Atletico Madrid manager Diego Simeone hailed a fantastic Antoine Griezmann after another match-winning performance in Sunday afternoon’s 3-0 La Liga victory against Celta Vigo, while refusing to be drawn on the latest reports linking the France international with a €100 million summer move to Barcelona.

Celta had a great chance to open the scoring late in the first half, but Iago Aspas shot wide from 15 yards, just minutes before Griezmann showed impressive composure and quick feet to make space and curl his effort into the far top corner.

The visitors should really have equalised 10 minutes after the break, but Nemanja Radoja hit a post. Atletico almost immediately went 2-0 ahead when Griezmann’s cleverly disguised reverse pass released Vitolo to clip neatly over goalkeeper Ruben Blanco to the net.

Substitute Angel Correa’s neat finish soon made it 3-0, with Griezmann substituted before the end and receiving a warm ovation from fans, many of whom would likely have heard of the weekend’s Catalunya Radio report that his partner had visited Barcelona recently to look at potential houses as the couple would be relocating soon.

Asked about Griezmann’s future at the postmatch news conference, Simeone preferred to talk about another superb performance from his No. 7, while not looking too far ahead.

“I talk about realities, and not suppositions,” Simeone said. “He is playing fantastically well, there is communion with the fans, he scored a great goal, gave a fantastic assist, worked hard for the team. I speak about today, but tomorrow is tomorrow.”

Griezmann’s strike partner Diego Costa was substituted near the end after receiving a kick in the back of his calf from Celta centre-back Sergi Gomez, and Simeone suggested the ex-Chelsea man may have an injury ahead of the midweek Europa League trip to Lokomotiv Moscow.

“[Costa] was feeling something from the bang he got,” Simeone said. “The doctor will tell us.”

Goalkeeper Jan Oblak is also a doubt for that game in Russia on Thursday evening, with a glute-issue which saw teammate Jose Maria Gimenez taking goal-kicks in the second half.

“Gimenez hits the ball harder,” Simeone said, before adding more seriously: “I guess [Oblak] was feeling something, and that is why he preferred not to take them.”

Atletico remain eight points behind La Liga leaders Barcelona, with their title hopes having taken a serious blow with last weekend’s 1-0 defeat at the Camp Nou. Simeone said that with 10 games of the season remaining there was still time for the situation to develop.

“There is a long way to go,” he said. “We go from game to game. Now we must go to Russia, with a difficult game on our return at Villarreal. I would like to still have a chance with five games remaining. If that happens, we will talk of something else.”