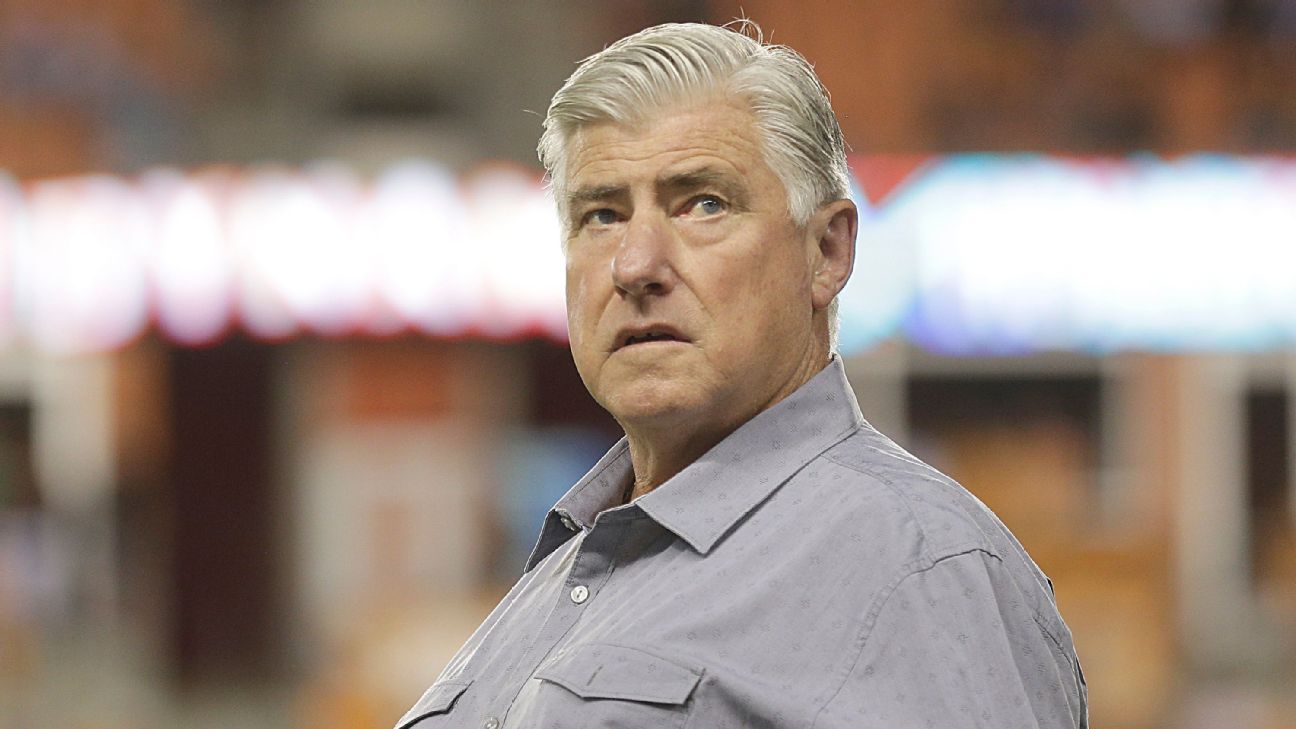 
For Sigi Schmid, the process of rebuilding the LA Galaxy has already begun.

A trip to the postseason ceased being a realistic target weeks ago, but the Galaxy’s elimination from the playoff race was made official on Wednesday night thanks to FC Dallas’ 2-0 win over Colorado, rendering LA’s 3-3 draw with the Houston Dynamo academic. Schmid insisted that the evaluation period for players is still ongoing, but it’s obvious where this team needs help.

“There needs to be some work done down the middle of the field,” said Schmid in an exclusive interview with ESPN FC.

“We started the looking process [for new players]. Certainly it’s not completed at this stage, but we have started the process of looking at things.”

The goalkeeping position has been in a near constant three-man rotation between Clement Diop, Brian Rowe, and Jon Kempin. The center-back position has seen its share of upheaval as well, especially after Jelle van Damme returned to his native Belgium to be closer to his children, and Daniel Steres suffered a season-ending stress fracture in his lower back. The right-back slot has been a revolving door, with six different players manning that position over the course of the season. And it’s clear the team needs a goal scorer who, in the words of Schmid, “Can do some of the things that Robbie Keane and Landon Donovan did.”

Some of the positional difficulties can be chalked up to injuries. But in an attempt to make a clean break from the Bruce Arena era, the season began with a flawed plan whereby the Galaxy would lean heavily on products of its academy and reserve team to provide depth. While the injury bug played a part in depth players playing more than was anticipated, it was also clear that some weren’t ready. And the sight of seeing veterans A.J. DeLaGarza and Jeff Larentowicz succeed elsewhere has shown how misguided the strategy was.

Schmid insisted that the organization’s overall philosophy hasn’t changed, although he acknowledged his approach to building his roster for 2018 would be different than the current campaign.

“I think the depth of the team needs to get better because it allows us to improve the quality of training, and with that, it will improve our level of play,” he said.

“For sure there are some big pieces to add, and there are a lot of vehicles to add those big pieces. There’s reentry, there’s free agency, there’s [targeted allocation money], there’s discovery, there’s all of these mechanisms. But also by the same token, we need to improve the team depth so that when setbacks do occur, when injuries do occur, that we’re a little bit stronger than we’ve been.”

Schmid will need to make use of every player acquisition avenue possible because the team’s three designated player spots are already taken, and the respective base salaries of Gio dos Santos ($3.75 million), Jonathan dos Santos (reportedly between $2m and $3m) and Romain Alessandrini ($1.7m) would appear too high to convert to TAM players. That could also complicate his search for the kind of striker he needs.

But the ways of MLS roster rules are constantly in flux. A sizable increase in targeted allocation money (TAM) is expected. Schmid wouldn’t rule out other changes as well that could give the MLS teams additional flexibility.

“Sometimes [the number of designated players] changes. Sometimes players miraculously go from being a DP to a TAM player,” he said. “You’re never sure what happens.”

A league source tells ESPN FC that creating a fourth DP space is not something MLS is focusing on at the moment.

Schmid will also have some decisions to make on players. Right-back Robbie Rogers has missed the entire season due to complications from foot surgery. Schmid said he had spoken with the defender a couple of times and added that Rogers hadn’t made a decision on his future.

“Rogers is still dealing with his injury,” said Schmid. “It’s getting much, much better, but where he’s at this stage, he’s obviously not ready to come back and train.”

“Jermaine has played very well for me since I’ve gotten here,” he said. “He’s been one of our more consistent players.”

The Galaxy midfield has its share of quality pieces. Sebastian Lletget is still four to six weeks away from returning to full training according to Schmid, but he remains firmly in the Galaxy’s future plans. Alessandrini has been one of the few bright spots in an otherwise drab season. Gyasi Zardes needs some repair work on his psyche this offseason, although he looks more and more like a wide midfielder than a forward. Jonathan dos Santos should ultimately provide a boost to the Galaxy on both sides of the ball.

With regards to brother Gio dos Santos, the question as to whether he can carry the team’s creative burden looks more like it will be answered in the negative, although Schmid isn’t losing faith.

“[Gio dos Santos] has shown that when he’s around good players his numbers can be very good,” he said. “We just need to make sure we can get back to that.”

As for Schmid, he acknowledged his contract runs through the end of next season, and he intends to immerse himself in the club’s rebuilding project. The fact he was allowed to hire former San Jose Earthquakes head coach Dominic Kinnear as an assistant is certainly a strong indicator that he’ll be around for awhile.

There’s a lot of work to do.