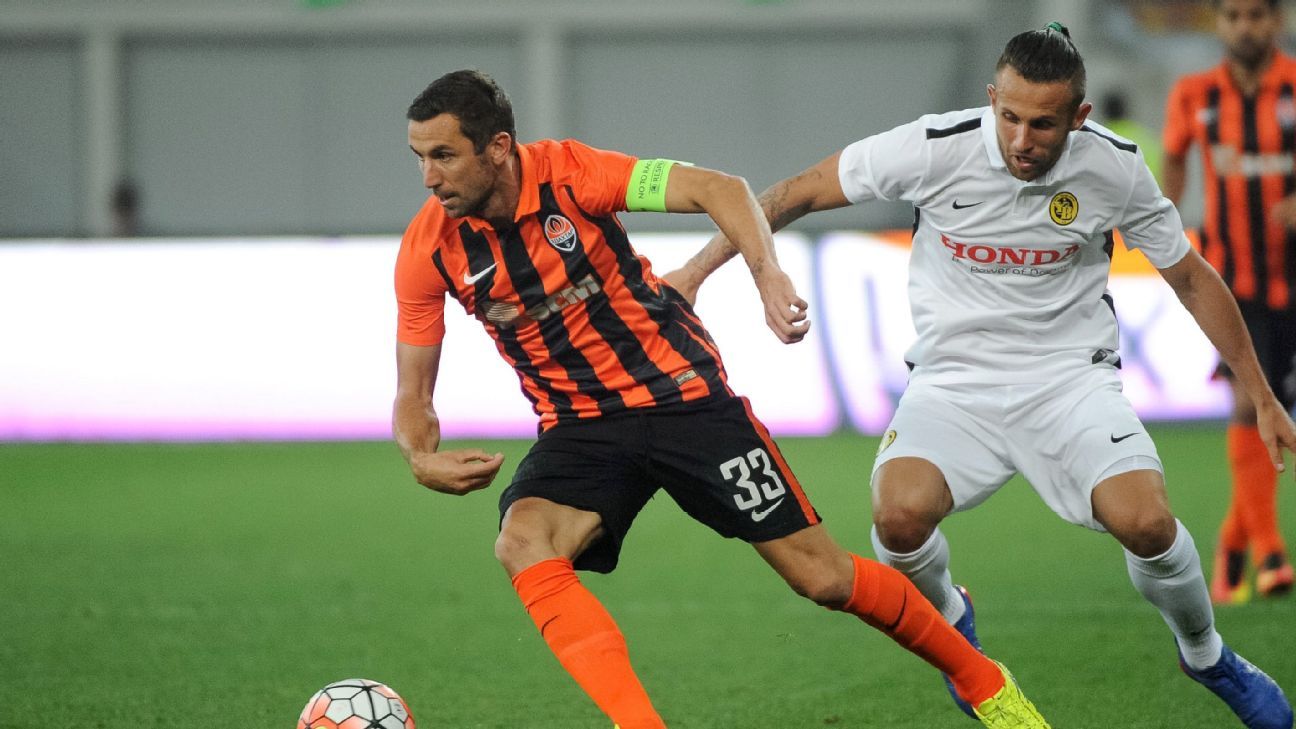 
Shakhtar Donetsk captain Darijo Srna has tested positive for a banned substance and will miss next week’s Champions League meeting with Manchester City.

The 35-year-old right-back, Croatia’s most capped player with 134 appearances, has denied intentionally doping, but has opted to take a break from playing to focus on clearing his name.

Srna said he was notified on Monday by Ukraine’s national anti-doping centre (NADCU) that he had failed an out-of competition test in March.

He said in a statement on the Shakhtar website: “First and most important, I would like to make it clear that I have never knowingly or intentionally taken any prohibited substance, nor unfairly intended to gain a competitive advantage.

“I am investigating the possible source of the substance and am co-operating fully with NADCU in this respect.

“In order to focus on my defence and avoid any undue distractions for the team, I have made the decision to refrain from playing until the ongoing legal proceedings have been resolved. I will now be focused entirely on clearing my name and reputation.

“Over the course of my entire career I was always under the impression that I had to persistently prove myself over and over again. Today is another such example when I will once again prove that everything I have accomplished, thus far, both in my life and my professional career, has been achieved solely through hard work, integrity, discipline, and honesty above all.”

He added: “This is not the end of my career, I can promise you that.”

Shakhtar pointed out in their own statement that Srna was not banned from playing, but had taken his own decision to make himself unavailable.

They said: “The club respects and supports Darijo’s decision and is confident that the player will clear his name. At the same time, FC Shakhtar Donetsk considers the use of doping in sport unacceptable.”

Srna has helped Shakhtar to win nine league titles and the UEFA Cup during his 14 years at the club.

He retired from international football last year after a 14-year career with the Croatia senior team, which he captained from 2009 to 2016.

Shakhtar won their opening Champions League Group F fixture against Napoli and travel to Manchester to face City on Tuesday.