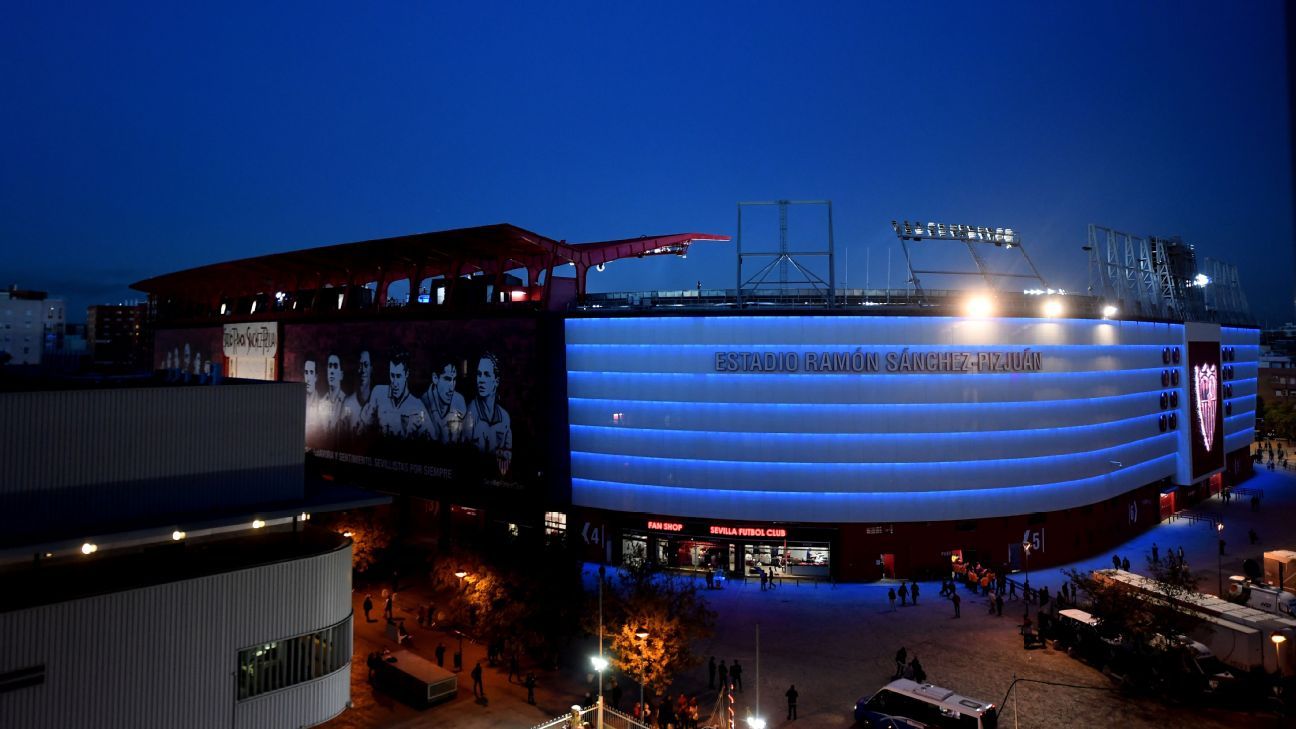 
Sevilla will seek to make home advantage count when they host Manchester United on Wednesday in the first leg of their Champions League last-16 encounter. The Spanish side fell to English opposition, in the form of Leicester, at this stage of last year’s competition and have failed to make it past the round of 16 on the three previous occasions they’ve made it this far.

Whether they can clear that hurdle this time around will largely depend on how good a job United can do of limiting their strengths and taking advantage of their weaknesses. Here are five things to keep in mind about Sevilla ahead of the midweek match.

1. Sevilla are strong at home

There are few European venues capable of generating an atmosphere as loud or intimidating as the one inside Sevilla’s Ramon Sanchez Pizjuan Stadium. The volume is usually ratcheted up even further on European nights, and that strength of support helps account for the club’s excellent home record. They have lost just one of their past 35 home matches in all competitions. A couple of years ago, they put together a 17-match winning streak at the Sanchez Pizjuan.

During the group-stage encounter between the sides, Liverpool got a taste of just how effective the support and encouragement of the stadium can be once momentum starts to build. The Reds went into halftime up 3-0 only for an early second-half goal to raise hopes of a comeback that was eventually achieved through Guido Pizarro’s injury-time equaliser.

2. Inconsistency has been a problem

Sevilla have blown hot and cold throughout the season, both under Eduardo Berizzo and his successor, Vincenzo Montella.

Under Berizzo, a team who in the Champions League managed to secure impressive draws home and away to Liverpool also lost 5-1 away to Spartak Moscow; under Montella, strong wins home and away to Atletico Madrid in their Copa del Rey quarterfinal were balanced by an utterly abject 5-1 defeat away to Eibar.

Montella recently admitted his frustration at his side’s inconsistency and put it forward as a point to improve between now and the end of the season. In the league, at least, his appointment doesn’t seem to have had much of an effect. He has so far picked up less points per match (1.43 vs. 1.71) than Berizzo from a relatively kind set of fixtures.

With games against Atletico Madrid and Valencia to come between the two legs of the United tie, he and his side will be severely tested over the course of the next few weeks.

3. Their forwards are in form

One area of the team that Montella does seem to have improved is the forward line. His relatively consistent selection of Pablo Sarabia, Franco Vazquez and Joaquin Correa behind Luis Muriel up front has allowed relationships and understanding to build in a way that simply wasn’t possible during Berizzo’s regular rotations earlier in the campaign.

Montella previously worked with Correa and Muriel at Sampdoria and has been charged with getting more out of a pair of players who cost Sevilla a combined €35 million.

The basis of a potent attack does seem to be forming with Vazquez as a central reference point, Sarabia and Correa holding width to stretch play but also attacking the far post when play builds on the opposite side, and Muriel making runs into the inside channels to receive. The only thing missing is a more clinical touch once they reach the final third.

Ever Banega is the player who coordinates Sevilla’s movement of the ball through midfield into attacking areas and one who always seems to perform better in the reduced spaces of highly competitive encounters.

Banega pulled up injured during the second leg of Sevilla’s Copa del Rey semifinal success over Leganes and missed the subsequent league fixtures against Girona and Las Palmas. In his absence, they had a few problems constructing play from deep areas, particularly up against Girona’s high press. Steven N’Zonzi and Guido Pizarro are competent on the ball — N’Zonzi more so — but neither possesses the subtlety of Banega.

The Argentinian has returned to training ahead of Wednesday’s match, and Sevilla seem hopeful he will be able to take part. If he starts, he will be the man United need to subdue.

5. Their defence is flaky

In La Liga and the Champions League, Sevilla have conceded 50 goals in 32 matches so far this season, and only an incorrect offside call at the death saved them from giving up a two-goal advantage to struggling Las Palmas on Saturday.

There is a real lack of pace in both their defensive unit and among those protecting them in midfield, and that has contributed to serious thrashings when they have come up against sides who move forward swiftly on the counterattack. Sevilla conceded four or more goals in defeats to Valencia, Real Madrid, Spartak Moscow, Real Betis and Eibar.

They are also capable of getting themselves into trouble in set defensive situations. Sergio Rico is a good shot-stopper but is not always commanding enough in the air, which just adds to the general air of indecisiveness that surrounds their defensive work.