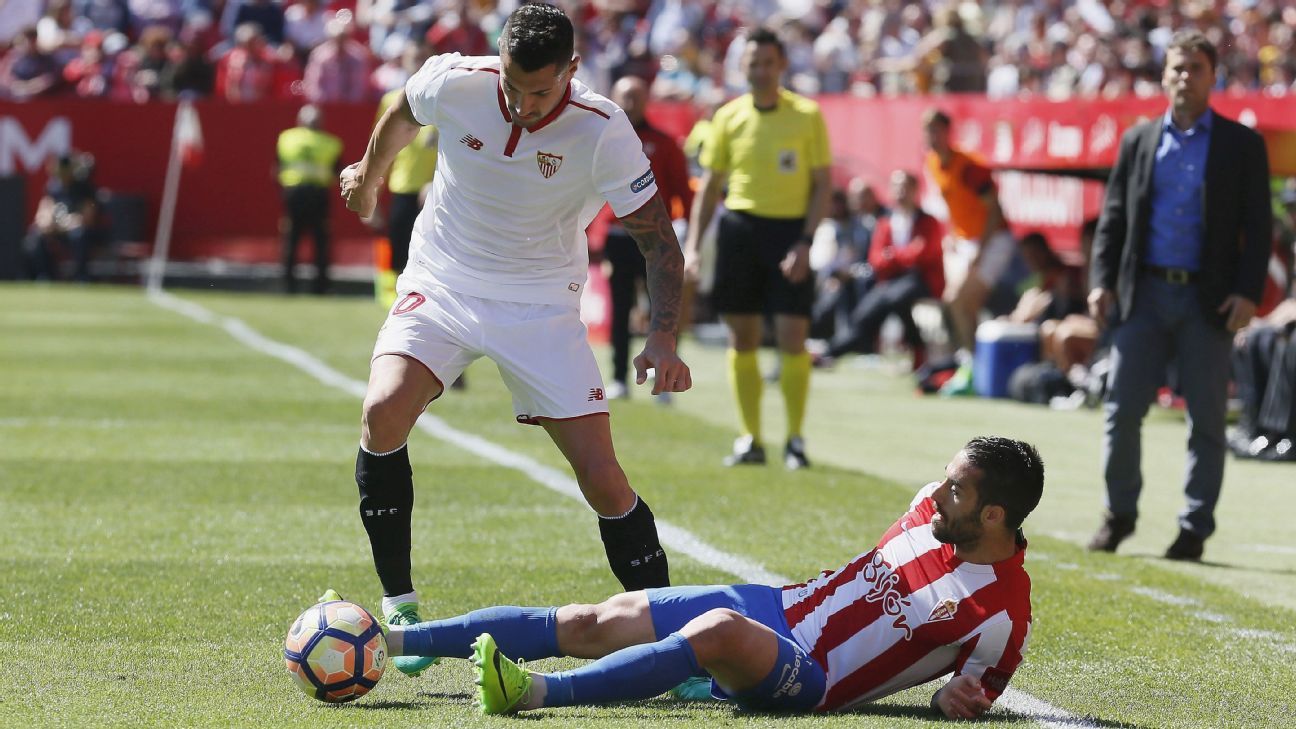 
Sevilla have agreed a deal to keep winger Vitolo, but will not sign Aston Villa’s Jordan Amavi, president Jose Castro confirmed on Monday.

Reports had tipped Spain international Vitolo to join Atletico Madrid, despite a transfer ban until January.

But Castro, speaking at the unveiling of new recruits Ever Banega and Guido Pizarro, confirmed the 27-year-old former Las Palmas man would remain at the club.

“Today you can say that Vitolo is a Sevilla player,” Castro told reporters.

“There was a lot of talk and we have heard for many days the colours that Vitolo would wear — and they will be the white and red of Sevilla.

Castro: “We can now say that @VitoloMachin will be a Sevilla FC player for the next 5 seasons. He will wear the white and red jersey.” pic.twitter.com/2unVVYKIM3

“He is one of the captains of this club, he gives everything on the pitch and we can only have words of praise for him. Sevilla, instead of talking, have acted.”

Castro then confirmed the club have given up their pursuit of France youth international left-back Amavi, who joined Villa from Nice in the summer of 2015.

“The only thing I can say is that this transfer is not going to be made because it is impossible,” Castro said of a potential Amavi deal.

JA’s medical report was good. Someone hi-level didn’t agree with the transfer&found a reason of injury history which is really unfair to JA. https://t.co/b2GsiINJQo

The news did not sit well with Villa owner Tony Xia, however, who took to Twitter to blast the La Liga club for what he perceived to be dishonesty.

“JA’s medical report was good,” Xia wrote, after reports in Spain published that Amavi had failed his medical with Sevilla. “Someone hi-level [at Sevilla] didn’t agree with the transfer&found a reason of injury history which is really unfair to JA.

“Very low. I have to say, from a businessman’s viewpoint. Credibility and integrity is something very basic.”