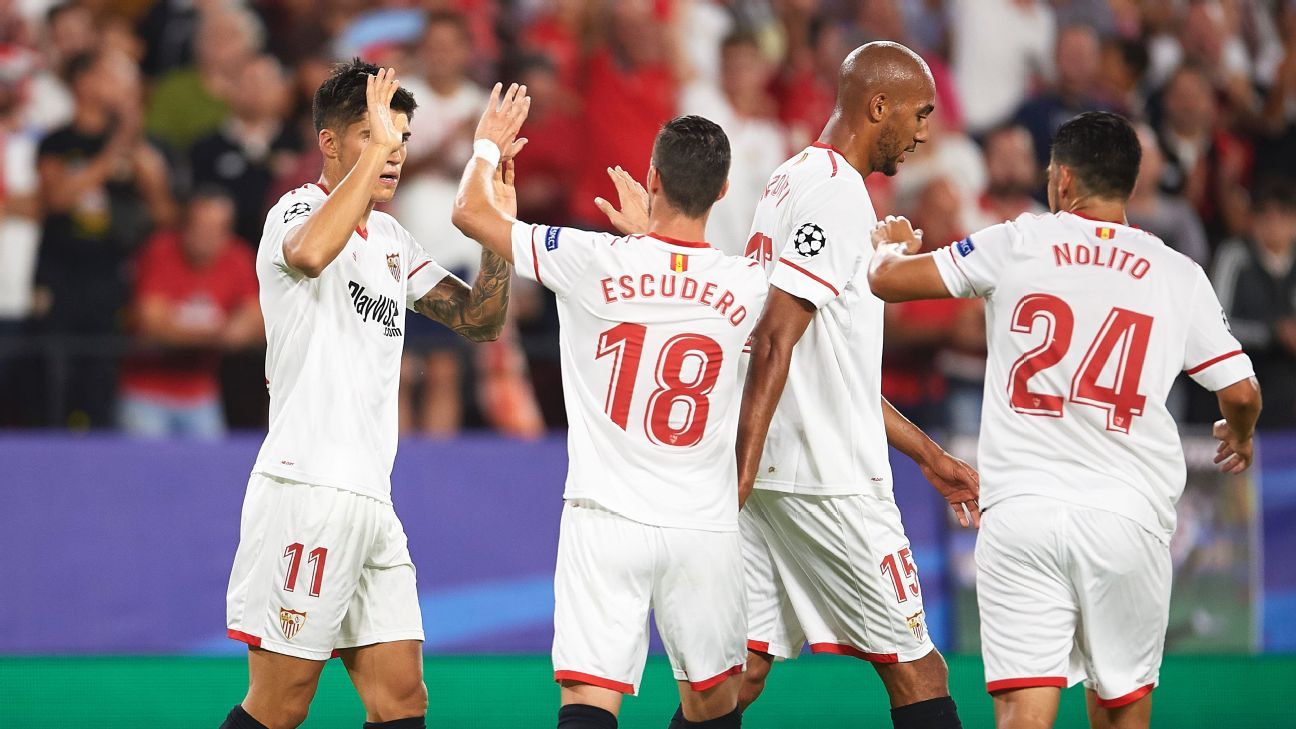 
Sevilla president Jose Castro has appealed to fans to come out in force when the club host Liverpool in the Champions League on Nov. 21.

Sevilla’s second win in the competition this season has left them second in Group E, one point adrift of leaders Liverpool with two games remaining.

The Andalusian club host Liverpool, who won 3-0 at home to Maribor on Wednesday, on Nov. 21 and end the group stage at Maribor on Dec. 6. A win against the Reds would see Sevilla through to the next round with a game to spare.

“I hope we can achieve it against Liverpool,” Castro told his club’s website. “We need to have a full stadium and make it a big football party in order to add those three points that we will need.”

Sevilla coach Eduardo Berizzo was full of praise for his players after Wednesday’s win, with the club bouncing back from their 5-1 defeat at Spartak Moscow a fortnight ago with goals from Clement Lenglet and Ever Banega.

“Considering the rival, the competition, I think it was one of our best games of the season,” Berizzo told his club’s website. “We played a great game against a rival that plays very good football and is lethal on counterattacks. We still have to face Liverpool and Maribor. The victory against Spartak allows us to depend on ourselves.”

Banega added on Sevilla’s website: “When you lose, you work even harder to move forward. Against Spartak, we saw the personality this team has and at no time did we lose our cool.”

Banega says Sevilla must now turn their attention to the La Liga game at Barcelona on Saturday. Sevilla, fifth in the table and nine points adrift of leaders Barca, have lost their last two games away from home in the league.

“We’re calm, we need to go step by step,” Banega said. “Now we are playing against Barca and we cannot look further ahead.”