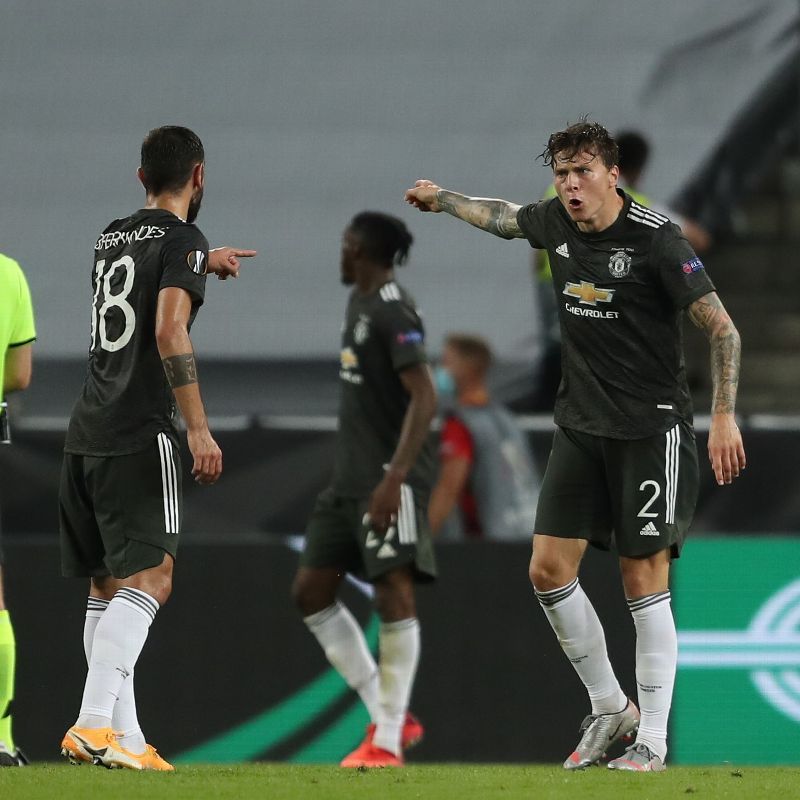 
Sevilla FC beat a wasteful Manchester United 2-1 to advance to the Europa League final on Sunday night in Cologne, Germany.

Luuk de Jong scored the winner for Sevilla in the 79th minute as United were beaten in the semifinals of a competition for the third time this season following losses at the same stage in the FA Cup and Carabao Cup.

Following the match, United defender Harry Maguire said: “It’s difficult. The boys are devastated. We created numerous chances. The best team lost. They punished us for missing chances. They didn’t make many chances to be honest.

“We conceded from two crosses which is not good enough.We worked our socks off and deserved to win and get through. We fell short in a semi-final for the third time this year.”

Man United took the lead inside of 10 minutes from the penalty spot as Bruno Fernandes dispatched a well-taken penalty kick after Marcus Rashford was fouled in the area while breaking in on goal.

The lead was short-lived, though, with Sevilla hitting back in the 26th minute when Suso met Sergio Reguilon‘s inch-perfect cross at the back post and powered a first-time shot past David De Gea to make it 1-1, a scoreline that would last through the rest of the first half.

Sevilla held off an early second-half onslaught from Man United, who came out firing from the break, with goalkeeper Bono coming up with a string of saves to keep the score level.

Man United were made to pay for their wasted chances just before the 80-minute mark, with De Jong turning home a Jesus Navas cross to give Sevilla a lead they would not relinquish.

United had 20 attempts at goal compared with Sevilla’s nine, but all the spurned gilt-edged chances came back to bite them as Julen Lopetegui’s side stunned their opponents.

“I feel like I’ve been hugged by joy. We know what this side has been through, today included, and we’ve got such a resilience against such intensity,” said Lopetegui, whose side are now unbeaten in 20 games in all competitions.

“The keeper’s had a fantastic game. Of course it’s disappointing that we don’t score. We know we have players who have the quality to score, but that’s the game,” Solskjaer said.

“You could see how tired they were towards the end. Tired legs, tired minds.”

Sevilla, who will be aiming for a sixth Europa League trophy, now await the result of Monday’s other last-four match between Inter Milan and Shakhtar Donetsk to see who they’ll face in the final on Aug. 21.

The result leaves Manchester United without a major trophy for the third-straight season for the first time since a stretch between 1987-89, which Maguire said he thought would come in time for the group.

He said: “It’ll happen soon. We want to win it as soon as possible. If we take another giant step next season we’ll improve again. Tonight we turned up and the best team lost.

“Perhaps that bit of inexperience cost us — we shouldn’t have conceded that second goal.”