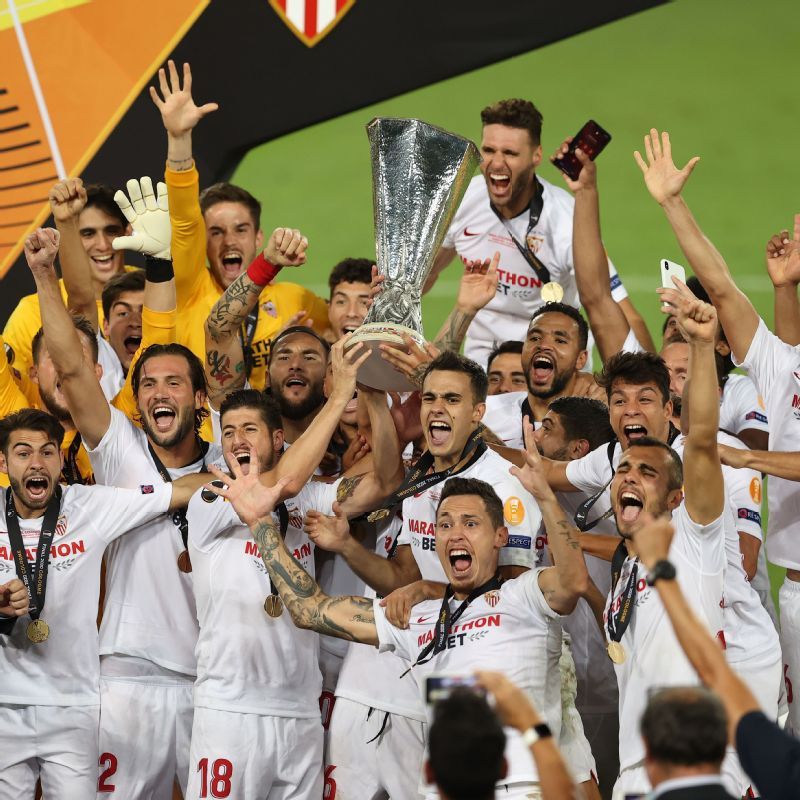 
Sevilla FC beat Internazionale 3-2 on Friday night in a thrilling match in Cologne to secure a sixth Europa League title and maintain their perfect record in finals of the competition.

Romelu Lukaku opened the scoring from the penalty spot shortly after kickoff, beating Sevilla keeper Bono after he was hauled down in the box by Diego Carlos to give Inter the early lead.

The advantage was short-lived, though, as Luuk de Jong‘s bullet header in the 12th minute brought Sevilla level only for the Netherlands international to head home from an Ever Banega free kick a little over 20 minutes later to leave Inter trailing 2-1.

The trend of goals via headers continued, but this time it was Inter who were the beneficiaries when Diego Godin met a Marcelo Brozovic cross from a free kick at the back post and evened the score.

A rip-roaring first half ended with Lucas Ocampos shaving the bar with a header as both sides surged forward in relentless end-to-end action and headed to the dressing room at half-time locked in a 2-2 draw.

The scoring pace slowed in the second half and Lukaku saw a golden chance to put Inter back in front from a breakaway in the 65th minute denied by an onrushing Bono to keep the score level.

Carlos then went from villain to hero in the 74th minute when his overhead kick following a set piece took a deflection off of Lukaku and wound up in the back of the net to give Sevilla a 3-2 lead.

Inter poured it on in the closing minutes with manager Antonio Conte bringing on Christian Eriksen, Alexis Sanchez and Victor Moses in search of an equaliser that never came.

It was a joyful end of the season for Sevilla coach Julen Lopetegui, who won his first trophy as coach at senior level after a torrid period which saw him sacked by Spain and Real Madrid.