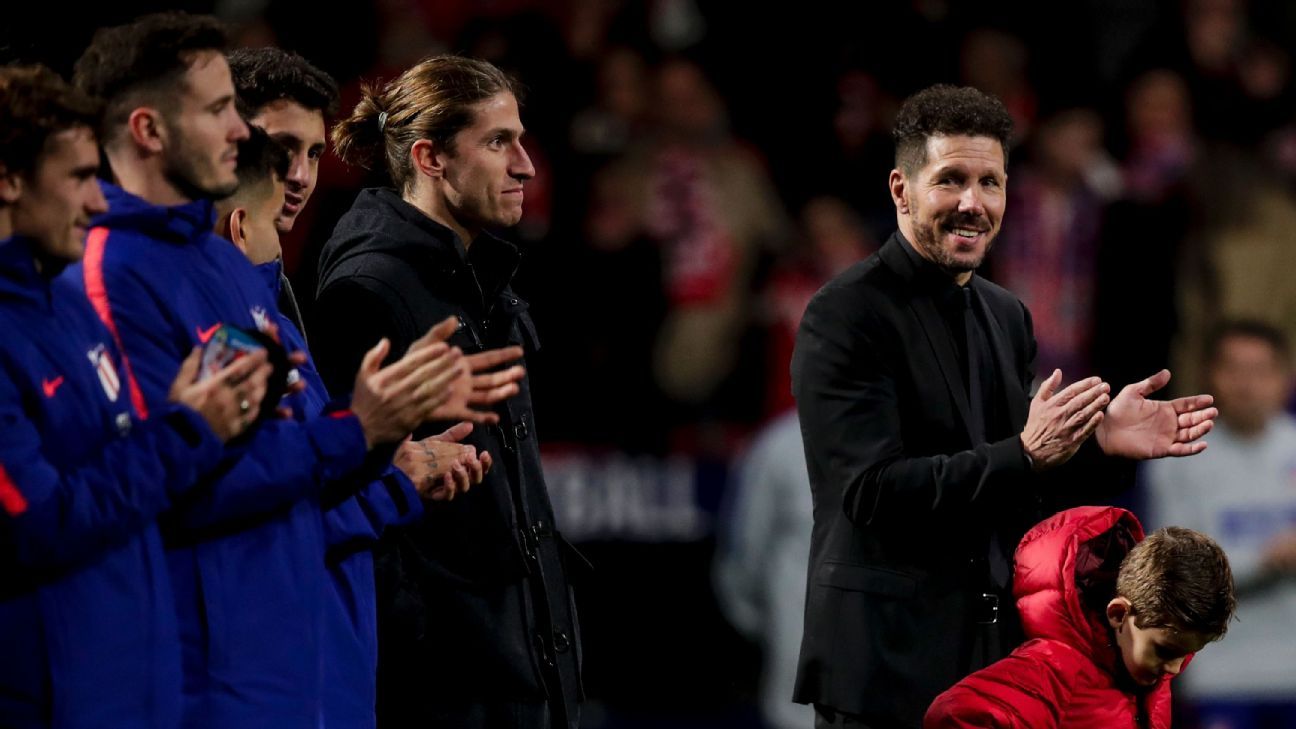 A stunning free kick goal from Antoine Griezmann earned Atletico Madrid a 1-1 draw against Sevilla in an entertaining game between La Liga’s second and third-placed sides on Sunday which weakened both team’ pursuit of leaders Barcelona.

Sevilla took a deserved lead at a packed and rocking Sanchez Pizjuan stadium in the 37th minute with a close-range strike from Wissam Ben Yedder following a clever team move, shortly after striker Andre Silva had smacked the post for them.

Ben Yedder missed a clear chance to double Sevilla’s advantage but was thwarted by Atletico goalkeeper Jan Oblak, before Atletico drew level at the end of the first half through Griezmann’s sizzling set-piece.

The draw left Atletico second in the standings on 35 points with Sevilla third on 33, while Barcelona, on 37 points and in action against Getafe later on Sunday, were handed the chance to move five points clear at the top.

In a calmer second half, Atletico managed to plug the holes that Sevilla, through veteran winger Jesus Navas in particular, had been exploiting.

Ben Yedder missed another chance for the home side, failing to find the target when clean through while team mate Quincy Promes had an arrowed effort tipped away by Oblak.

“It was an exciting and tough game, Sevilla did most of the attacking and we tried on the counter-attack and if Griezmann had been a little more precise we would have won it,” said Atletico coach Diego Simeone.

“Sevilla caused us a lot of problems down the right wing in the first half and we managed to sort it out thanks to the hard work of Koke. It was a tense game against an extremely good side and I’m happy with the point.”

Sevilla coach Pablo Machin praised his side for coming close to becoming the first team to beat Atletico in La Liga since Celta Vigo’s 2-0 victory over Simeone’s side more than four months ago.

“Atletico are the team that has lost the fewest games but they were very close to losing here,” he said.

“Their goal came from an enormous flash of quality and it’s a real pity because we had played so well in the first half. But you also expect the very best players like him to decide games like this.”