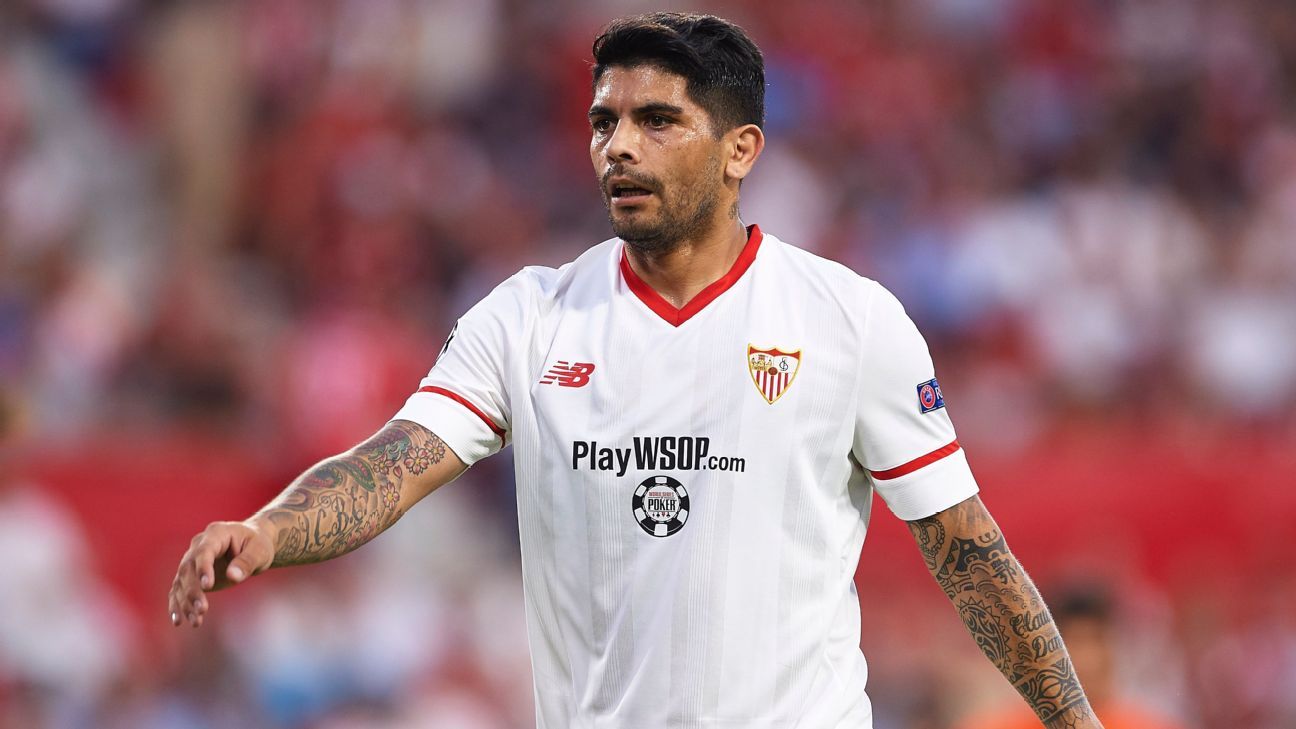 
Liverpool begin their Champions League campaign at home to Sevilla on Wednesday in a match between the two sides who will expect to compete for the top spot in Group E. Jurgen Klopp’s side have made a solid start to the season, but there are still reasons to believe that Sevilla will be capable of causing them problems at Anfield.

The last time Liverpool and Sevilla met was in the final of the 2015-16 Europa League in Basel. Liverpool took a one-goal lead into the break, but Sevilla came on strong in the second half, equalising quickly through Kevin Gameiro before a double from captain Coke powered them to victory.

There has been significant player and staff turnover in the 16 months since that encounter. Sevilla have twice changed coach, while just three of their starting XI in Basel are likely to be involved on Wednesday. But those who do remain at least know that they are capable of beating a Liverpool side coached by Klopp.

In five attempts, Sevilla are yet to record a victory away to an English club in European competition, but equally, Liverpool have a particularly unconvincing history at home to Spanish sides. Their record reads five wins, six draws and five defeats.

2. They will press as much as they are pressed

Liverpool are noted for their intense pressing, but that is also a strong characteristic of sides led by Sevilla coach Eduardo Berizzo. His aggressive, rotating, man-marking system is borrowed from his mentor Marcelo Bielsa and was key in the strong cup runs that his Celta Vigo side managed in domestic and European competition last season.

Sevilla will not be passive opponents, and as a result, Wednesday’s match is likely to be a fast and frantic affair. Both sides will seek to win the ball back high up the pitch and then transition swiftly into shooting positions.

The midfield can compete

The energy of Liverpool’s midfield can often see them overrun opponents, but Sevilla have the necessary power in that zone to match them. Guido Pizarro and Steven N’Zonzi are two tall midfielders whose languid gaits mask their underlying physical prowess; they are capable of going toe-to-toe with their Anfield counterparts.

N’Zonzi expected to leave Sevilla during the summer transfer window, with Pizarro (whom Berizzo previously wanted to sign at Celta Vigo) was presumably brought in as his replacement. But with no offers forthcoming, they now look set to form a potent partnership in the centre of midfield.

Pizarro missed the weekend win over Eibar with a chipped tooth but will be back in action on Wednesday and raring to go ahead of the biggest challenge of his short European career to date.

4. Ever Banega can organise

Ever Banega is another player who will arrive at Anfield well-rested after missing the weekend match through suspension. He returned to Sevilla this summer after a patchy year at Inter Milan and has immediately reestablished himself as the organiser of their play.

A master of small spaces who consistently raises his level in high-intensity encounters, he was excellent against Liverpool in the 2016 Europa League final and will again be a key presence in ensuring the smooth transition of the ball into the attacking third.

If Banega is on song, Sevilla should be, too.

5. They have pace in attack

Liverpool’s press is effective in terms of limiting shooting opportunities, but when teams are able to break through it, the chances they create are usually high-quality ones. Pace in behind causes them particular problems, and Sevilla have a number of rapid forwards capable of exploiting that weakness.

Luis Muriel was Sevilla’s big-ticket summer signing, and while his finishing has so far let him down, his pace and power regularly get him into good positions. He, too, will be fresh for Wednesday’s encounter after paperwork issues held up his return from Colombia at the end of the international break.

But he is far from the only such threat in a Sevilla attack that also features the direct pace of Jesus Navas, the clever movement of Wissam Ben Yedder and the incisive dribbling of Joaquin Correa. Nolito isn’t as quick, but he has his own qualities. Chances will come, and if Sevilla can take advantage, they have every chance of causing an upset.