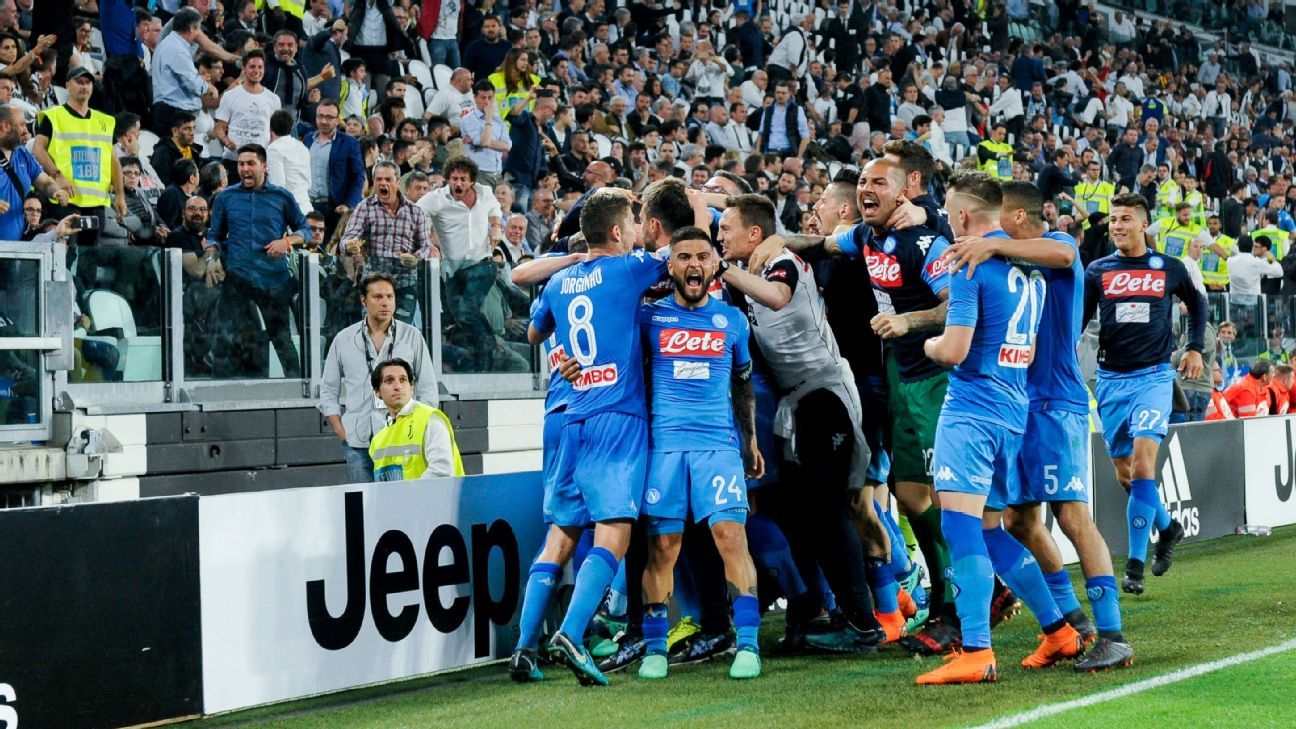 
Serie A officials are considering a request by Napoli for theirs and Juventus’ penultimate fixtures of the season to be played at the same time.

Napoli are due to travel to Sampdoria while Juve are at Roma on the weekend of May 12-13 and all fixtures on that weekend have yet to be scheduled, as is usual Serie A procedure for the final two matchdays of the season.

With the Partenopei just a point behind the Bianconeri, and the probability of them both still being involved in a tight race for the title, Napoli have requested that those two fixtures be played at the same time, so as not to give either club any unfair advantage.

A Lega Serie A spokesman on Thursday confirmed Napoli’s request and told ESPN FC that it is currently under consideration.

“On the penultimate round of matches this season, we are discussing whether or not only the games involving Napoli and Juventus should be played at the same time,” said the spokesman. “It is normal procedure for the final two matchdays to be scheduled nearer to the time, as has been the case for the past six or seven years.

“The games on the final weekend of the season are all currently due to be played at the same time, but we will be able to announce on the Monday before whether there will be any changes, which could have an impact on [clubs involved in] relegation, the title and the race for Europe.

“As for the penultimate round, we are evaluating just the case of Napoli and Juventus’ games.”

Juventus travel to Inter Milan this Saturday, the day before Napoli head to Fiorentina, meaning they will already know their rivals’ result.

The following weekend’s fixtures, when Juventus host Bologna and Napoli are at home to Torino, have also been scheduled already, with Massimiliano Allegri’s men again in action a day before Napoli.

Earlier this season, Napoli coach Maurizio Sarri slammed the Lega for what he branded a “mistake” in scheduling Juve to play nine consecutive games ahead of his own side.

Since both sides won their respective away games against each other, the head-to-head record — which is the first criteria used by Serie A to determine positions in the event of two sides finishing on the same number of points — is even. Should they therefore finish the season with the same number of points, goal difference will be the first criteria applied to determine the champions.

Juve’s goal difference is currently plus 58, with 78 goals scored, while Napoli’s is plus 48, with 71 scored.