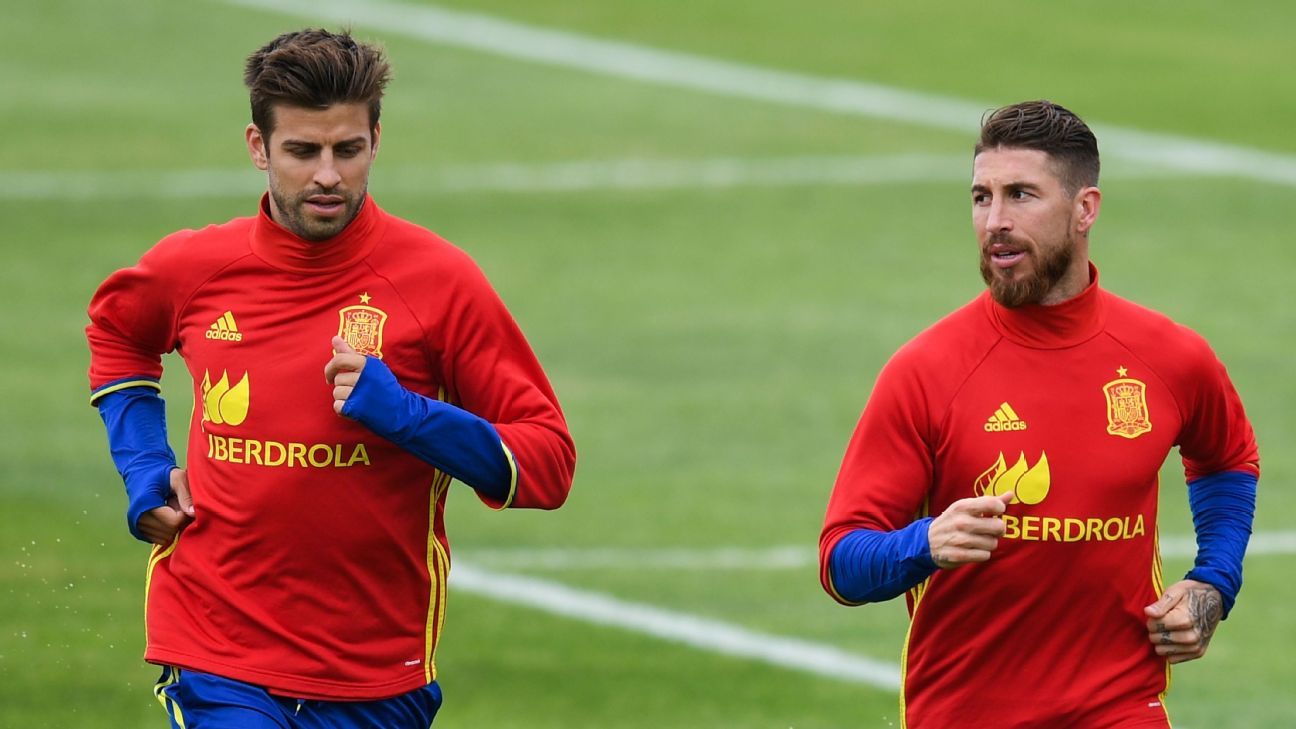 
Spain captain Sergio Ramos says he hopes that international teammate Gerard Pique is not whistled by Real Madrid supporters during Saturday’s World Cup qualifier against Italy at the Bernabeu.

Barcelona defender Pique has been regularly barracked for more than two years while playing for Spain, due to comments about Madrid made in June 2015.

Since then the World Cup and European Championship winner has had to deal with negative attention at all home games, with the issue also reportedly linked to his perceived support for Catalan independence from Spain.

Speaking as he joined up with the national squad ahead of Saturday’s game against Italy, and Tuesday’s trip to Liechtenstein, Ramos said all players who represent Spain deserved to be respected for their efforts.

“I don’t want them to whistle Pique, or anyone else,” he said. “You must always respect the players who defend our badge and our country, and Pique is one of them.

“We want the fans’ support, it will be a difficult and tense game. We want to do well, it is a perfect stage for this game.”

Another issue is whether Madrid’s 21-year-old playmaker Marco Asensio has done enough to earn himself a starting place, after two more long-range strikes in Sunday’s 2-2 draw with Valencia.

Following an outstanding European Championship with Spain’s under-21s over the summer, Asensio is now in Julen Lopetegui’s senior set-up.

Ramos said it was clear that he was already capable of great things, but everyone should have patience and not weigh the youngster down with too much expectation.

“[Asensio] is already a great player, that is not news anymore,” Ramos said. “He is still very young so we must leave him alone and not put stones in his rucksack. He has natural talent and players like that are always good for our squad.

“[Madrid coach Zinedine] Zidane loves to manage the rotations, he did it very well last year, and it is important to keep that competition for places. Marco, Lucas [Vazquez], [Mateo] Kovacic… when they come in they do very well. But we must leave him alone and others should also pull their weight.”