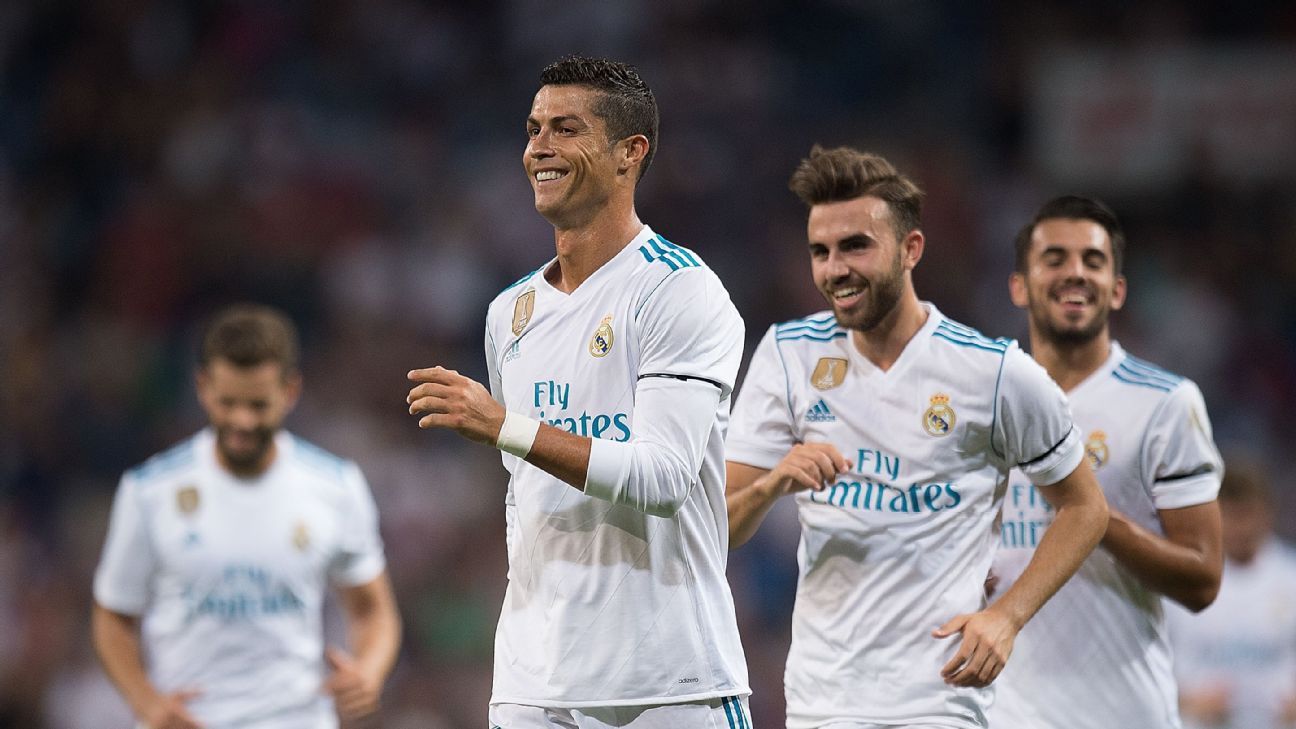 
Real Madrid captain Sergio Ramos says that “the best players in the world should be the best paid,” reacting to a report that Cristiano Ronaldo has asked the club for another pay rise.

Ronaldo’s future has been the subject of speculation again recently, especially since his representatives confirmed in June that he wanted to leave Madrid due to being accused of a €14.7 million tax fraud.

The Portugal captain himself has since avoided committing his future to the club during a summer in which he has regularly complained of being “persecuted” by officialdom in Spain.

Spanish TV show “Jugones” claimed on Thursday that Ronaldo, 32, had asked for a pay rise to €40 million net a year, putting him back above Paris Saint Germain’s Neymar and Barcelona’s Lionel Messi as the world’s best-paid player.

The report said that Madrid president Florentino Perez rejected the idea and reminded Ronaldo he signed a new deal in November, which runs until 2021.

Speaking at Thursday’s Champions League draw, where he was named best defender in the competition for the 2016-17 season, Ramos did not comment directly on the report, but suggested it was normal for Ronaldo to be paid appropriately.

“We will see about that,” Ramos said. “The best players in the world should be the best paid, but that is not up to us. At Madrid we are used to rumours, but Cristiano looks happy to me, the same as the rest of the squad.”

Ronaldo himself spoke at the event, during which he won the UEFA Player of the Year award, as well as being named the best forward of the 2016-17 Champions League season.

Sitting beside Juventus goalkeeper Gianluigi Buffon at the ceremony, Ronaldo was asked for his favourite Champions League goal, and he jokingly referred to his double strike in last season’s 4-1 final win over Juve in Cardiff.

“The last one against this old man here [Buffon],” Ronaldo said. “It was great to achieve 100 goals in the Champions League, for me it was a dream.

“I play for Madrid, the best club in the world, and I have the chance to play at the highest level all the time and enjoy it. I love to be here, to be on the stage, to win trophies. I’m really blessed and so happy to be here once again. It’s a great moment for me.”