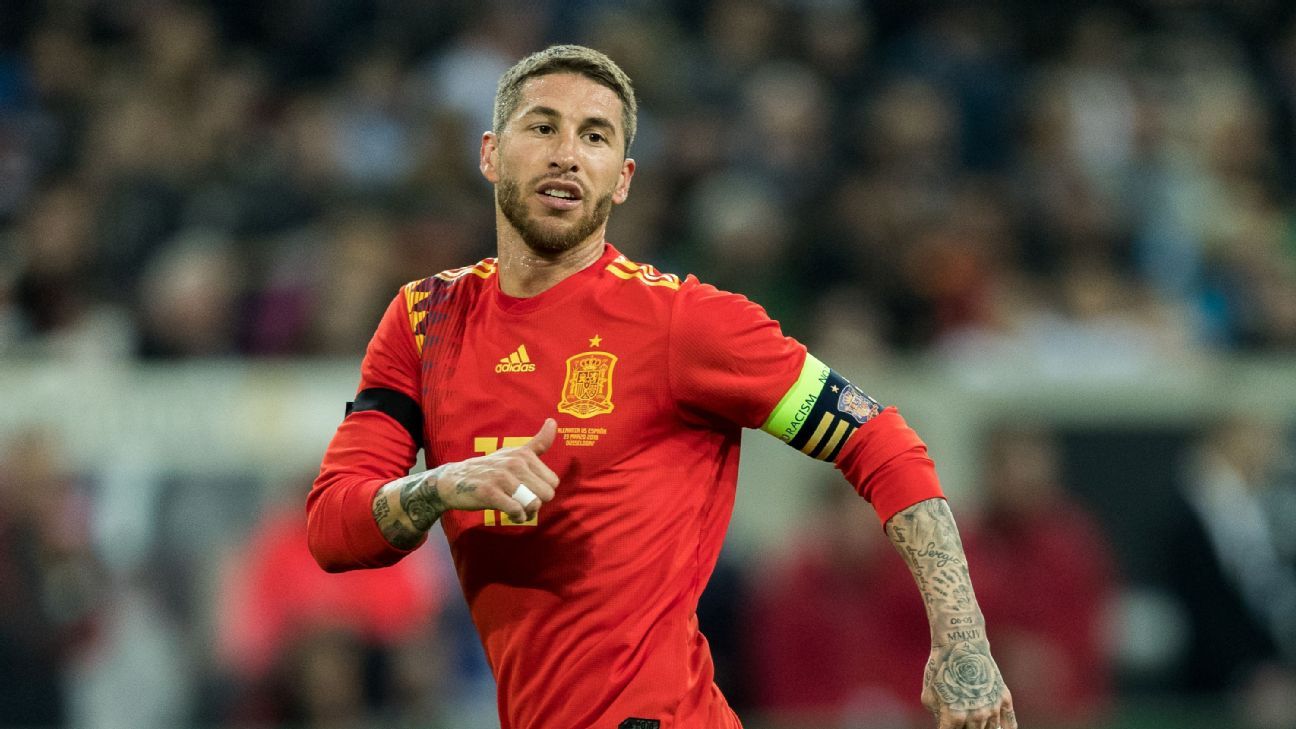 
Spain coach Julen Lopetegui praised Sergio Ramos for his commitment after the Real Madrid defender turned up to training soon after becoming a father for the third time.

Ramos attended the birth of his third son, Alejandro, on Sunday afternoon in Madrid and posted a photograph on Twitter of the proud parents and their baby.

The Spain captain then took the short journey from the hospital to the national team’s headquarters in Las Rozas and joined his teammates in training in preparation for Tuesday’s international friendly against Argentina.

“Sergio attended his son’s birth and then came to train with us,” Lopetegui told Cadena Ser radio. “We are very happy for him and everything has gone very well. We were able to personally congratulate him. He made an extraordinary effort to come to training when he could have skipped it. This proves the mentality he has and we love it.”

Ramos debuted for Spain in 2005 and made his 150th appearance for La Roja in the 1-1 draw against Germany on Friday.

Writing on Twitter, Ramos thanked the late Luis Aragones, who gave the 31-year-old his Spain debut, and remembered ex-Sevilla teammate Antonio Puerta, who died three days after collapsing during a La Liga game in 2007.

Spain, preparing for this summer’s World Cup, take on Argentina in Madrid at Atletico’s Wanda Metropolitano on Tuesday.