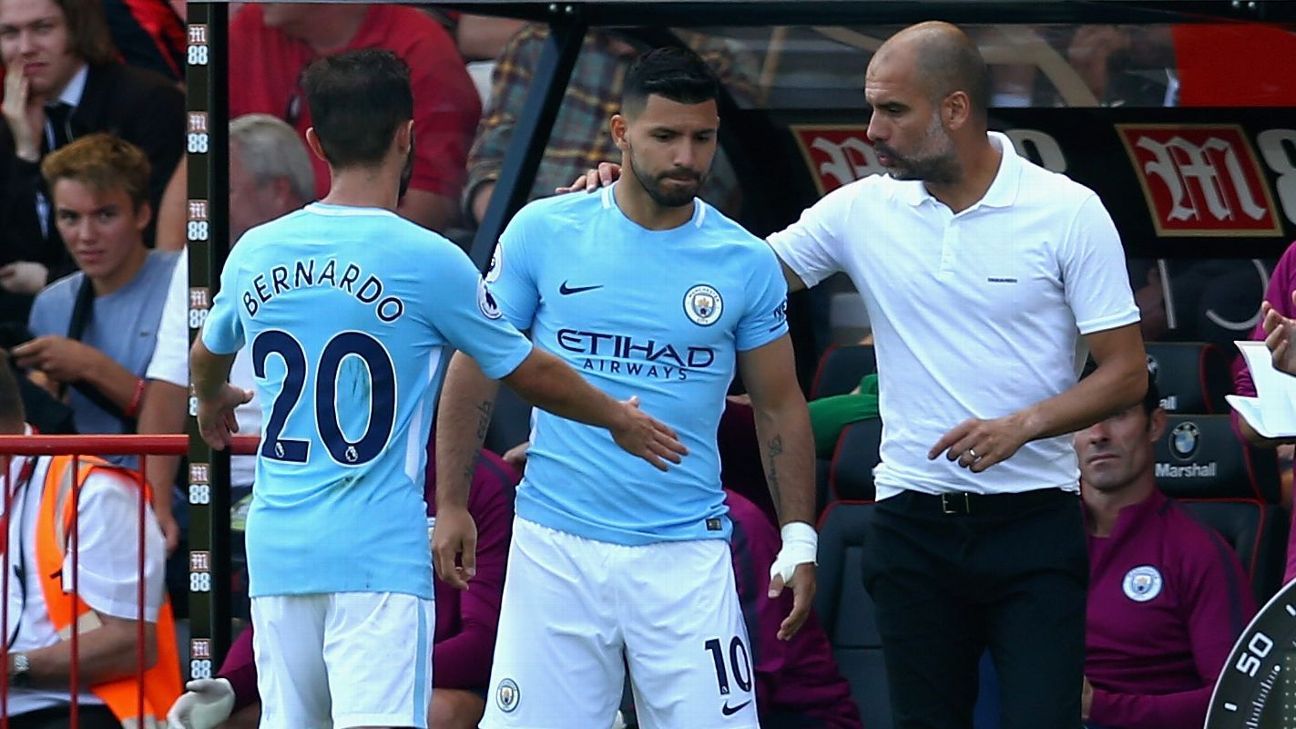 This list is not extensive and has been ranked according to varying factors. Some players still with a part to play have been omitted.

Performance, potential, other options in that area of the field, the ability or inability to replace them, market value, and the ability to make an impact and influence the course of a game have all played a part in revising the 15.

Guardiola wants goals more than anything, and nobody is better at getting them for City than Aguero. Guardiola needs his striker to be at his absolute best, and if he can deliver what his boss wants, Aguero will be pivotal to success at the Etihad this season.

The Belgium international was the best in the Premier League at providing assists, but his personal goals tally was hit by the fact that he also topped the table for hitting the woodwork on the most occasions. If he can change that statistic, De Bruyne will be one of the most influential attacking players in the country.

The City captain is the club’s standout defender, and the side looks massively more solid with him in the team. A lot will depend on him being fit for the big games this season.

In tight games, Silva is still the go-to man given his ability to unlock defences. He can thread passes through narrow spaces with his wonderful close control, which has made him pivotal to City’s success in recent years.

City have only one out-and-out left-back at the club, and Mendy will be crucial to Guardiola’s game plan of stretching the opponents. Mendy’s ability to supplement the attack is a key quality.

The German international is still getting back to full fitness after a cruciate knee ligament injury, but he will occupy the role of deep-lying playmaker when he’s ready — a position that Guardiola regards as one of the most important on the pitch.

City’s goalkeeping problems cost them plenty of points last season, and City have invested heavily in a new No. 1. They hope Ederson will be able to fit into the ethos of passing out from the back, and also make saves — something Claudio Bravo failed to do regularly.

The Brazil international is arguably Guardiola’s first-choice striker, but it’s Gabriel’s first full season in the Premier League and he is just 20. So the City boss may want to take the pressure off Jesus at various points of the season.

Guardiola invested heavily in a ready-made full-back who can raid down the wing and have the energy to get back to defend. The England international looks the perfect fit.

Stones is seen as the perfect Guardiola player with his elegant style and ability to pass out from the back, but he needs to improve his defending to become the main man in the back four.

His pace and skill were too much for opposing defences in the second half of last season, and the German international has the ability to be a match-winner, particularly in big games against sides that are prepared to attack rather than sit back and defend, an approach that leaves space into which Sane can run.

With just three full-backs at the club, Danilo seems the obvious player who can fill in on either side. So far he has been up to the job, and capable of challenging for a regular starting spot. The Brazilian will play a lot for Guardiola this season.

The Portugal playmaker will take some time to acclimatise to life in the Premier League, as seen in his first start for the club, a bruising 2-1 win away to Bournemouth. But he showed his quality at Monaco and will grow in importance throughout the season.

Sterling has started the season well and is ready to show he is worth a starting place despite Guardiola’s many attacking options. Sterling has featured more centrally, and his importance will be underlined when he fills in for Aguero and Gabriel in a central role when required.

The Argentinian’s flaws — his tendency to commit himself to tackles and his lack of speed — were exposed in the first half of last season. But he steadily improved under Guardiola and will be a major part of City’s plans since the club has only three realistic central defensive options.