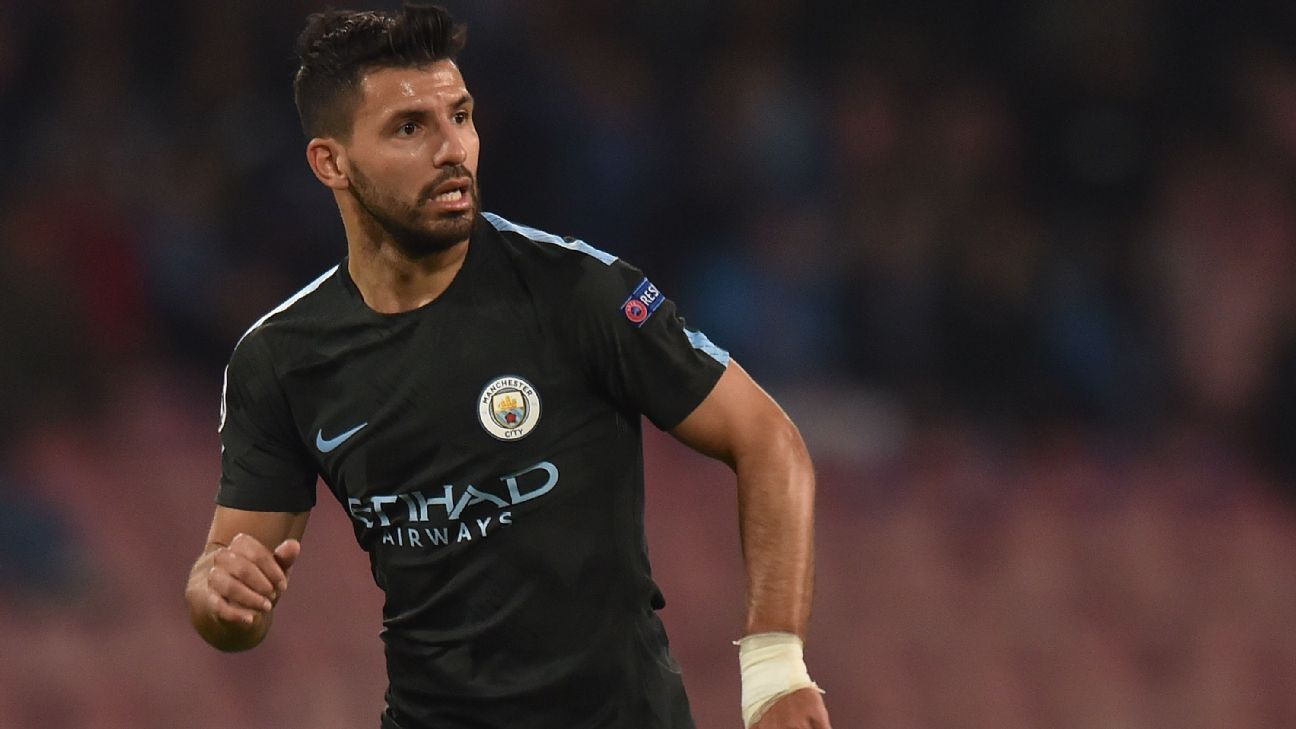 
NAPLES, Italy — Sergio Aguero says Manchester City are not setting any limits after his record-breaking goal helped them into the Champions League’s round of 16.

As well as advancing to the knockout stages with a 100 percent record, City are five points clear at the top of the Premier League, and Aguero told reporters after breaking the record: “No, there’s no limit.

“For me, every game is important. Obviously, when I score a goal, I’m very happy but above all a player is happy if his team wins.

He said the Champions League is “not easy” but added: “I hope. I think it was a good step for the future and I hope that we can go as far as possible.”

Aguero, 29, has won two Premier League titles as well as three domestic cup competitions since he moved to City from Atletico Madrid in July 2011.

But the striker believes the current squad could be the best during his time at the Etihad Stadium although he says they must back that up with silverware.

“There’s still a long way to go. Individually and collectively I think we’ve started very well, and we have to continue like that because, as we all know, England has a lot of matches and we have to be in good physical shape for what is to come,” he added.

“I just have to keep playing the same way, and I don’t know. It depends on how many years City play this way and keep trying to score goals, but the most important thing is to win titles.

Aguero won the Europa League with Atletico in 2010 but his best campaign in Europe with City so far was the run to the semifinals of the Champions League in 2016.

However, the victory at Napoli, who had previously never lost at home to a Premier League side and had conceded just three goals at the Stadio San Paolo this season, was one of City’s most impressive results ever in the competition.

“Napoli is a great team, it’s just that we are also playing very well,” Aguero said. “They try to play, and so do we. They win a lot because they are very good in front of goal.

“For me Napoli are one of the strongest rivals that I have faced, but I can only say that we are playing well and it’s a big step for us.”