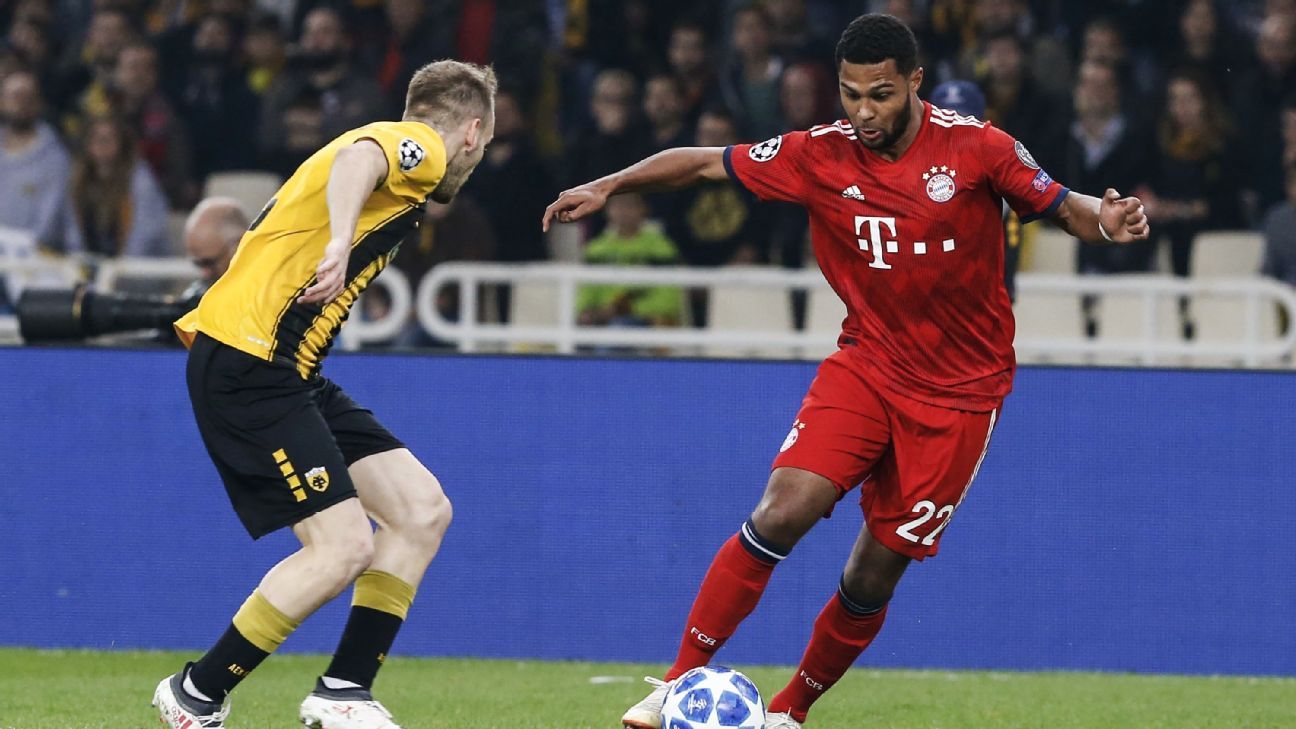 After a highly entertaining news conference by the majestic hierarchy on Friday, Bayern produced one of their finest away performances in their illustrious history to see off the threat of rising European powerhouse AEK Athens in the Greek capital.

None. Personally, would encourage this type of performance and news conference every week as Bayern continue their inevitable march to the Champions League trophy.

7 — Niko Kovac continues to get the best from his youthful squad and remains undefeated in his debut Champions League campaign as coach of the greatest club in Germany.

GK Manuel Neuer, 7 — Hardly tested by the plucky Greek side but even if he had been, he would have dealt with everything easily with one hand behind his back.

DF Rafinha, 8 — Solid and reliable as ever, even providing a cute assist for Lewandowski’s goal. How has this accomplished defender won only a handful of international caps for Brazil?

DF Mats Hummels, 7 — Produced a Beckenbaueresque performance, matched only by the spectacular beauty of his rather fetching salmon-coloured boots.

DF Niklas Sule, 7 — The slimline Sule mopped up everything the Greek side could muster.

MF Javi Martinez, 6 — Typically error-free performance crowned by a crucial opening goal just after the hour mark, stabbing in the net with his weaker left foot.

MF Thiago, 7 — There will be plenty of envious glances from the Premier League elite and his former club Barcelona as the graceful Spaniard continues to impress in Bayern’s midfield.

MF Serge Gnabry, 9 — Bayern’s brightest spark in both halves, showing the sort of breathless form that made him such a success under Arsene Wenger at Arsenal.

MF Arjen Robben, 6 — Disgracefully sent off at the weekend, Robben rolled back the years with a vintage 90-minute display.

MF James Rodriguez, 6 — The ex-Real Madrid attacker starred for an hour on the fringes of Bayern’s attack.

FW Robert Lewandowski, 7 — Produced a typically clinical finish from all of a yard to double the lead on 63 minutes.

MF Leon Goretzka, 6 — Replaced James for the final half hour, completing his tasks with the normal efficiency.

FW Sandro Wagner, N/R — Replacing Lewandowski, Wagner’s seven-minute overture was utterly magnificent yet somehow ended without a goal to show for his efforts.