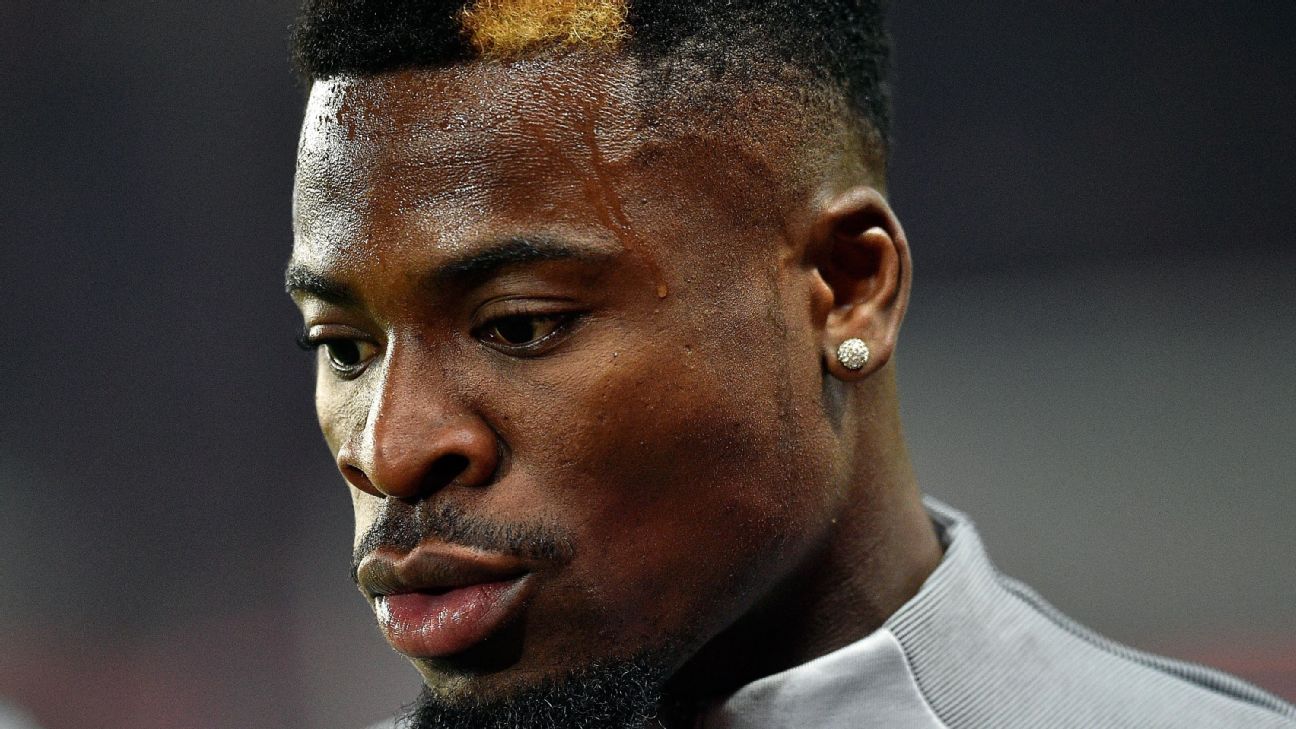 
Serge Aurier has informed Paris Saint-Germain of his desire to move this summer with Manchester United, Tottenham Hotspur and Inter Milan all keen on the defender, according to an ESPN FC source close to the French club.

Aurier, 24, has been plagued by controversy at Parc des Princes since early 2016 and it finally came to a head in March when the Ivory Coast right-back took nearly 10 minutes to be ready to replace Thomas Meunier at Lorient.

The source said coach Unai Emery made it clear to the former Toulouse and Lens man at the time that Belgium international Meunier was ahead of him in his pecking order and PSG have since signed another right-back in Dani Alves.

Aurier has attracted attention from a host of European clubs in recent months, notably Serie A giants Juventus and AC Milan, and is not with the Ligue 1 giants for their International Champions Cup campaign in the United States at present after telling Emery he would prefer to stay in Paris to prepare his departure.

The source said that PSG have agreed to sell Aurier this summer and are looking for a figure in the region of €20 million to €25m for his signature with United, Spurs and Inter now the frontrunners to land him.

Jose Mourinho is interested in adding the powerful full-back to his squad this summer with France international Paul Pogba, Aurier’s close friend, in strong favour of any potential move.

Spurs are also in the market for a right-back after selling Kyle Walker to Premier League rivals Manchester City and the source added coach Mauricio Pochettino has shown interest in the PSG man as a replacement, while Inter have been in pursuit for the past few months.

According to the source, the issue making all three clubs — particularly the two Premier League outfits — hesitant to make a move for Aurier is the fact that he is still appealing against a convertible two-month prison sentence for allegedly attacking a police officer last year.

Aurier’s situation, which saw him barred from entering the UK for PSG’s Champions League clash with Arsenal last season, has yet to be resolved and is not expected to be taken care of until at least next month.

The source indicated that PSG expect to be able to push ahead with a sale once a decision has been made over Aurier’s appeal but that they are not optimistic of finding a buyer willing to commit to a purchase while the player’s judicial situation is still so unclear.

Aurier has made 57 appearances in Ligue 1 alone with PSG, scoring twice and notching two further assists.