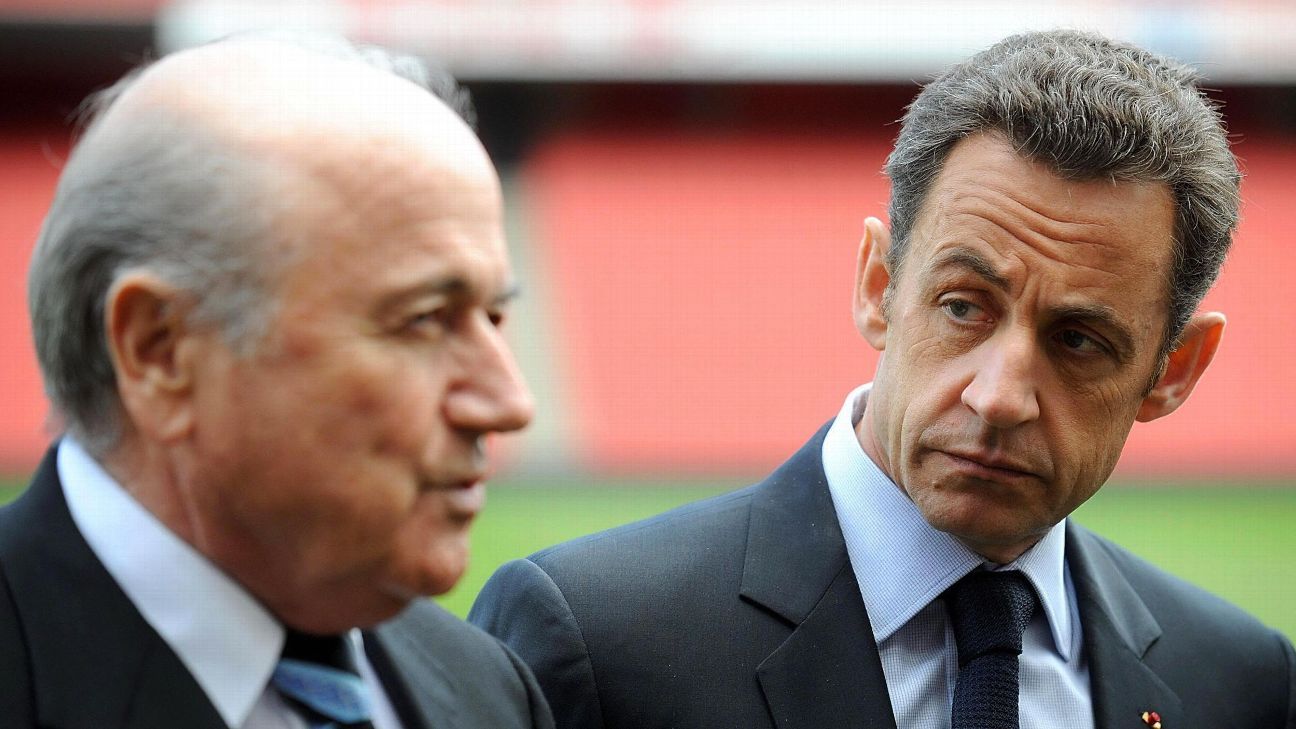 Qatar was awarded the right to stage the 2022 finals in a controversial vote in December 2010, beating competition from the United States.

Blatter himself later said he had backed the U.S. bid only to see Qatar surprisingly win the poll of FIFA delegates.

Then UEFA president Michel Platini cast his vote in favour of the Gulf state but said Sarkozy had not told him to do so either during their well-publicised November 2010 meeting — which was also attended by Qatar’s then crown prince — or at any other time.

Blatter told RMC, however, that Sarkozy, who was French president between 2007 and 2012, did apply behind-the-scenes pressure.

“Qatar won thanks to the intervention of high-level politicians in France. That’s known and proven … yes, Sarkozy on Michel Platini,” Blatter said in an interview to be aired on French TV on Wednesday.

“This theme is known, it was developed by the French justice system. They came to Switzerland and asked me about this subject. Of course, I helped them. We’re not putting in doubt that there was influence over the attribution of the World Cup.”

Blatter is currently serving a ban from all football-related activity for six years as the result of a “disloyal payment” of 2 million Swiss francs ($1.98m) allegedly made to Platini in 2011.