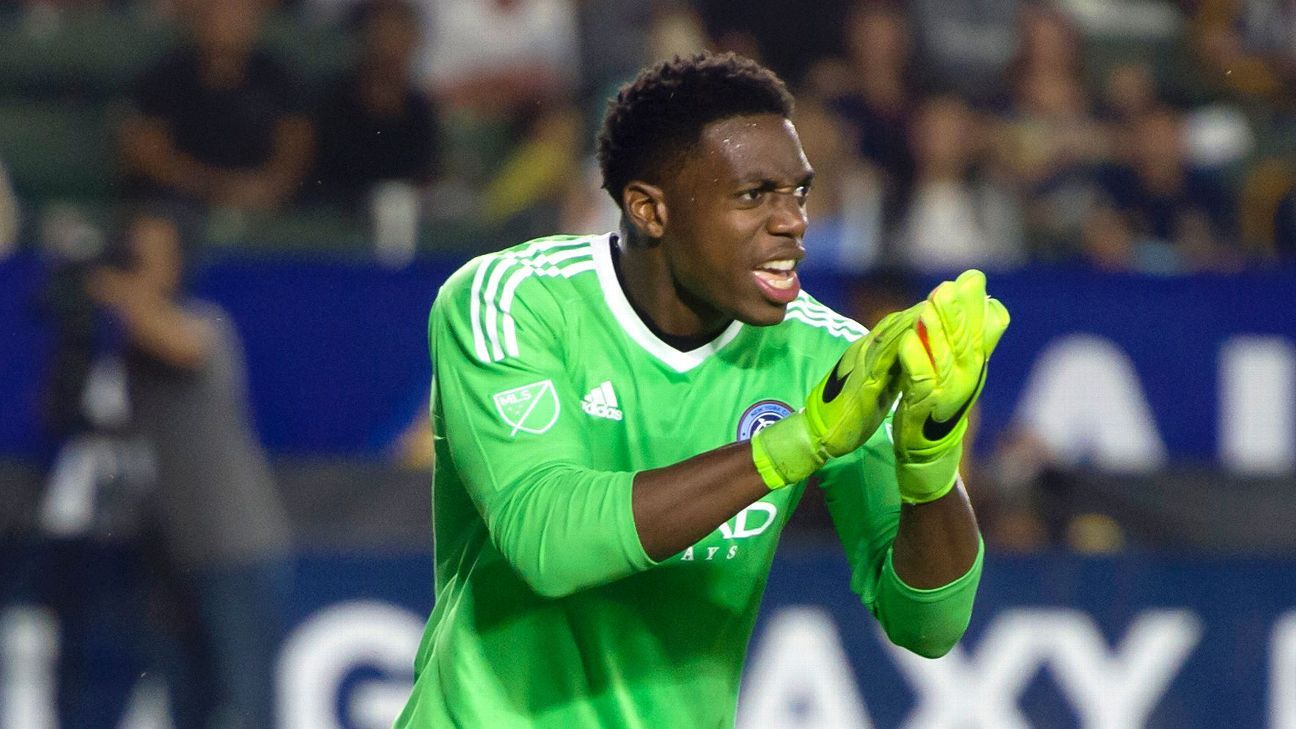 
VAR was back under the microscope this weekend, and not for the right reason. Here’s a look at who and what stood out for the right and wrong reasons over the weekend.

It was a move that flew under the radar over the winter, but Sean Johnson’s arrival to New York City FC has been one of the main reasons why Patrick Vieira’s team is in the hunt for top spot in the East; four points back of leaders Toronto FC. Josh Saunders, NYCFC’s goalkeeper in 2015 and 2016, was riddled with inconsistency. Not so with Johnson, and he stood very tall with a spectacular multiple-save performance in Saturday’s 2-0 win over the L.A. Galaxy. NYCFC has a rock in goal.

About a year ago at this time the Seattle Sounders began its resurgence which ended with a championship. In 2017 the Sounders are ahead of schedule, having mounted another second-half-of-the-season charge, this time in July rather than August. Either way, the boys in green are flying — unbeaten in their last eight games — thanks in part to a red-hot Clint Dempsey, who scored his 50th MLS goal with Seattle in Saturday’s 1-0 win over Sporting Kansas City. Could a repeat of last December’s MLS Cup against TFC be coming? It’s not a bad bet.

– MLS LIVE is back with an all-new platform for 2017
– Get the most matches ever, LIVE and ON DEMAND
– Packages start at only &dollar;14.99 a month
– Watch MLS on your phone, computer or TV
– Subscribe today at live.mlssoccer.com

What a night for Montreal’s Blerim Dzemaili against the Union. The Swiss international had a hand in all three Impact goals in the 3-0 win in Philadelphia. Two sizzling finishes and some fancy footwork to earn a penalty was just part of his night’s work. Ignacio Piatti is the man that drives the Impact forward, but Dzemaili is such a nice accompanying piece. With new defensive midfielder Sam Piette in the fold, Dzemaili will surely get more chances to shine like he did on Saturday.

Saturday night was Pride Night at Red Bull Arena and the hometown New York Red Bulls delivered a 3-1 win over Orlando. While Sacha Kljestan continued his improved play and Bradley Wright-Phillips scored his fifth goal in four games, we reserve a tip of the cap to the sartorial excellence of Red Bulls head coach Jesse Marsch, whose rainbow-colored tie was a nice touch of solidarity.

If the virtues of VAR are going to be espoused, then its shortcomings must also be highlighted. The red card given to Kaka after video review needs to be reconsidered by the league, if not for anything else than common sense. This was a clearly a light-hearted moment between former teammates, not some act of aggression.

Just when you think Vancouver is poised to go on a run, it gives a dull performance and all the doubts come crashing back. Head coach Carl Robinson’s decision to not start Yordy Reyna is puzzling. He is clearly one of the most gifted players on the squad and is back to full fitness, so why not give the Peruvian 90 minutes? Continuing to leave Reyna out of the starting XI could really haunt the Whitecaps come the stretch run of the season. Robinson needs to find a way to get him in the lineup.

The LA Galaxy still has 11 matches left in its season, but is now nine points back of the final playoff spot in the Western Conference after Saturday’s 2-0 home loss to New York City FC. Things look grim. Unlike some of its previous home performances this season — just one win in 12 home matches — LA showed some attacking prowess against NYCFC but it lacked the finishing product. Still, many point to Seattle’s late charge in 2016 as a reason for hope, equating new arrival Jonathan dos Santos to the impact Nicolas Lodeiro had on the Sounders. But without a proven goalscorer, it’s hard seeing another miracle taking place here. If you don’t have a No. 9, then St. Anthony doesn’t have the time.

It feels like the summer weather has been wreaking more havoc than ever in MLS. Saturday’s FC Dallas-Colorado Rapids game was delayed due to lightning, the rain in the nation’s capital caused a postponement to the DC United-Real Salt Lake match and it seems that every home match in Atlanta this summer has had a delayed start due to rain. There’s obviously nothing the teams can do about it, but it’s hard to not feel bad for the fans, like the ones in Dallas, who were unable to stick around for the completion of the 0-0 draw to Colorado. Come on Mother Nature! How about a break?

Messi not at his best this season
Tottenham’s squad on Gareth Bale’s first debut in 2007: Where are they now?
Ruben Dias could fix Man City’s defensive woes despite being young for a central defender
PSG’s Mbappe intrigued by Liverpool move ahead of Real, Barcelona
Liverpool vs. Sheffield United – Football Match Report – October 24, 2020