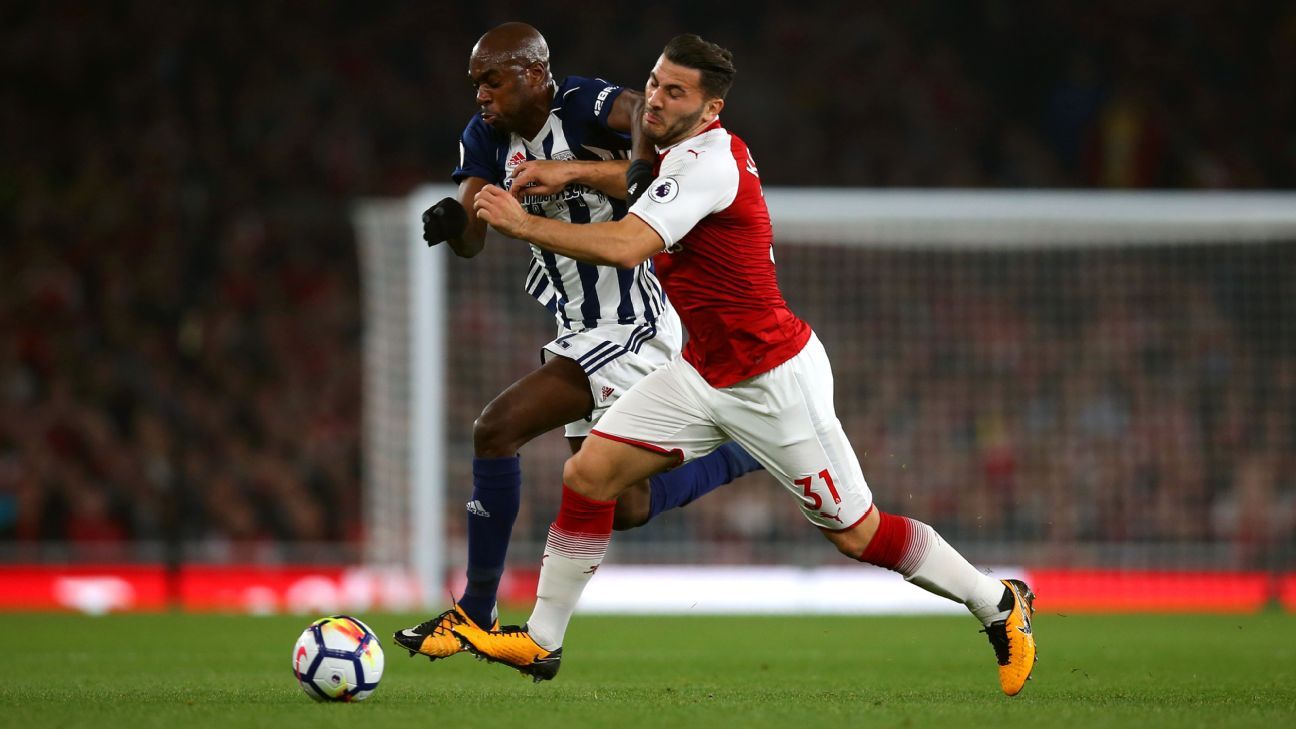 
So much for Arsenal’s defensive crisis. Monday’s 2-0 win over West Brom was the Gunners’ third straight clean sheet in the Premier League since they shipped four goals at Liverpool and everyone was calling on Arsene Wenger to scrap his back-three experiment.

Wenger himself even seemed to entertain that notion, with Arsenal having conceded eight times in the opening three matches of the season. But he resisted any urge to switch formations and since then they’ve allowed just one goal in five games in all competitions — and that was a lob from 40 yards after a howler by David Ospina in the Europa League win over Cologne.

It would be naive to think that Arsenal’s infamously porous defence has suddenly become rock solid. But clearly it’s not as bad as it looked a month ago. Here are three reasons for the turnaround.

Arsenal, once again, clearly weren’t ready for the start of the season. Shkodran Mustafi returned late from holiday and wasn’t match fit, Laurent Koscielny was suspended for the opening two games and Wenger’s solution was to play as many players as possible out of position.

Arsenal finished the 4-3 win over Leicester with Alex Oxlade-Chamberlain at right-back, two left-backs as centre-backs and right-back Hector Bellerin as left-back. Confusing? Yes it was. The lineup at Liverpool didn’t make much more sense as Mustafi and Sead Kolasinac were both dropped and Wenger reverted to a similarly humorous back four in the second half.

But since Wenger started slotting square pegs into square holes, things have looked much better. The back three of Mustafi, Koscielny and Nacho Monreal looked downright respectable against Bournemouth, Chelsea and West Brom. Mustafi still has a habit of tempting fate and was lucky not to concede a penalty against West Brom, but he offers a robust physical presence at the heart of the defence. Monreal was nothing short of magnificent against West Brom and seems to grow more comfortable with every game.

The second-string trio of Per Mertesacker, Rob Holding and Calum Chambers also looked good in the Carabao Cup win over Doncaster, so Wenger now has both depth and quality at centre-back. Who would have said that after the Liverpool game?

The Bosnia & Herzegovina left-back-turned-wing-back deserves special mention, as his impact on the team has been clear for all to see. Wenger’s decision to drop him at Anfield was strange at the time and feels mindboggling now that Kolasinac has shown what he brings to the team. A goal and two assists only tell part of the story — it’s his impact on the defence that’s really interesting.

Arsenal, traditionally seen as one of the softest teams in England, now have one of the strongest players in the league and someone opponents will dread going up against in duels. Attackers keep bouncing off Kolasinac as he goes in for fair shoulder-to-shoulder challenges, and not many chances have been created down Arsenal’s left flank since Wenger finally deployed him as a wing-back. Kolasinac’s physicality sets the tone for the entire team and adds an element that has been sorely missed for many years.

OK, so Arsenal’s defence hasn’t been flawless in the last three games. But Cech has. When Mustafi played Pedro Rodriguez onside during the first half at Stamford Bridge, Cech bailed him out with a good save. When Mustafi clumsily tripped Jay Rodriguez in the area but the referee waved play on, Cech bailed him out again by diverting the West Brom striker’s shot onto the post with a fingertip save.

Cech has been questioned just as much as his defenders by some Arsenal fans, but he has shown superb early-season form. Cech won the Premier League’s Golden Glove in his first season at Arsenal — having won it three times with Chelsea. After that Liverpool game, the idea of a fifth Golden Glove award this season looked laughable. But three clean sheets later, it doesn’t look so silly.

Arsenal’s defence may not be so bad after all.