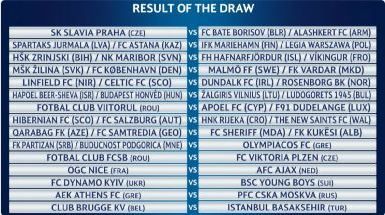 Against all the odds, Scottish side Hibernian found themselves included in the UEFA Champions League draw.

Despite playing in the second tier last season, Hibs came out of the pot in Friday’s draw for the third qualifying round of Europe’s premier club competition.

It quickly emerged that UEFA had accidentally got their Hibs mixed up, including Edinburgh-based Hibernian in their draw graphic instead of Hibernians of Malta.

Thanks for including us this late in qualifying. Maybe just slot us into the group stages though? ��

Still, Neil Lennon’s side were incredibly thankful for being handed the berth, gracefully accepting their place in the Champions League with tongues pressed firmly in cheeks.

It might be prudent of UEFA to proof-read their documentation before conducting the draw for the group stage.