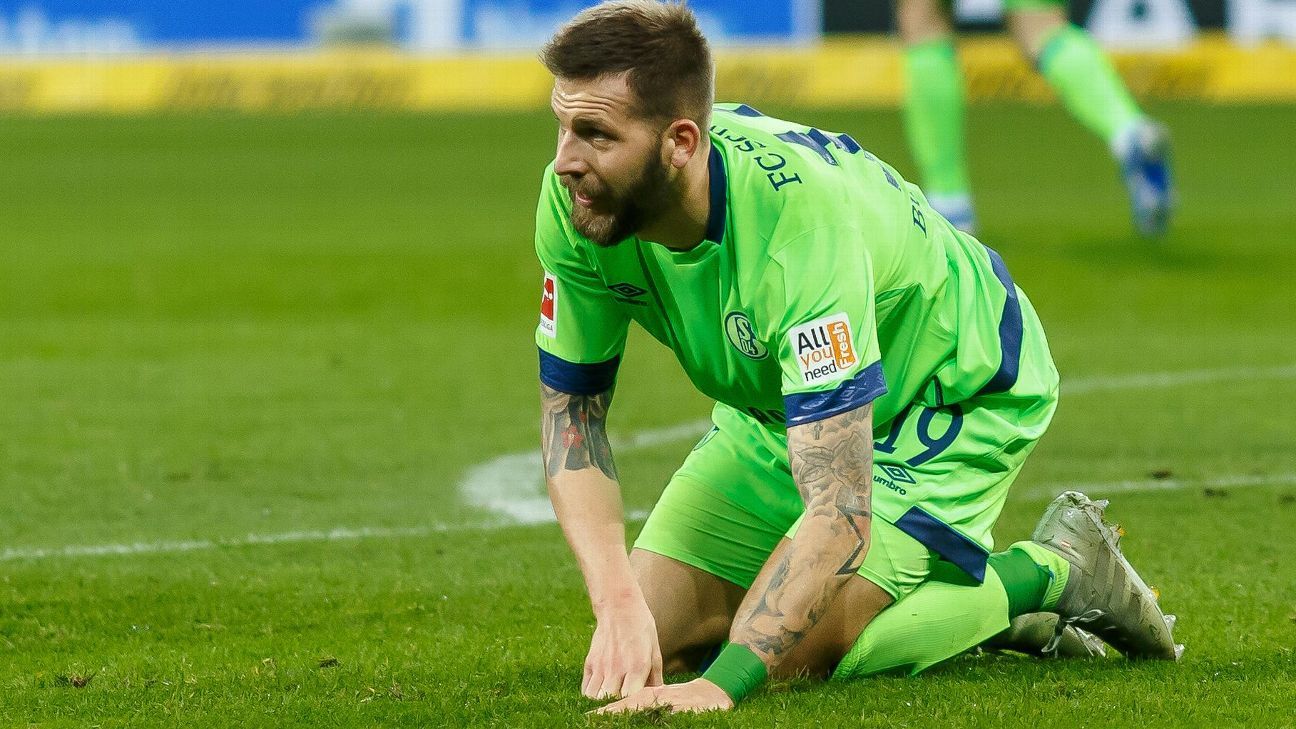 
Borussia Dortmund and Schalke 04 are separated by 19 points in the table but on Saturday, the two clubs will be uncomfortably close once more, forced to tussle with each other in the bear-pit of the Veltins-Arena. Proximity breeds contempt and it’s felt most keenly in the Revier, the post-industrialist heartland of German football, where neighbourly animosity verges on the pathological.

Those in charge on either side of the Yellow-Blue tribal divide have been at pains to stress that relations at board level are “as good as they’ve been for an eternity,” as BVB CEO Hans-Joachim Watzke has put it. That won’t do much to tone down the mutual ill-feeling ahead of the 153rd meeting of the Bundesliga’s fiercest rivalry, however. Like an indestructible virus, it lives and thrives independently of the two clubs’ respective fortunes and of the heat-level generated in the build-up. The aim is not so much to win the encounter but to inflict the maximum amount of pain on the other side.

Predictably, Dortmund’s Swiss coach Lucien Favre sees things much more rationally. Before important matches, the club puts sporting director Michael Zorc up alongside him on the press podium, out of courtesy to the press: Favre is far too rational and reserved to say anything that might make for a juicy headline. On Thursday, the 61-year-old spoke about the game with the slightly bemused manner of an documentary narrator noting the highly territorial aggression of a particularly unusual animal species.

“Everyone’s telling me it’s an important game,” he said. “Derbies are special. The two cities are only 20 minutes by bus apart. The rivalry is part of that, I know that.”

Zorc, a derby veteran who has faced Schalke every year since 1978 as either a youth player, senior pro and club official, was also not in the mood to add fuel to the fire. Dortmund are seven points clear at the top of the table, still unbeaten and right now much the better team; they have little to gain by bringing emotions into the equation. “At the baker’s, at the petrol station… people talk to you about it all the time because they care so much,” he offered, matter-of-factly.

The 56-year-old agreed that his team were expected to make amends for last season’s poor results — they only drew 4-4 at home having led by four goals at the break and lost 2-0 in Gelsenkirchen — but Zorc is much too focused on the present, and Dortmund’s huge opportunity to win their first championship since 2012, to lose sleep over the past.

“We have to concentrate on playing good football at [kickoff on Saturday], ensure that we are equal to this difficult task and keep our unbeaten run going.”

Right now, the 2017-18 season seems a very long time ago. The Royal Blues, rejuvenated under new coach Domenico Tedesco, didn’t just get the better of their arch enemies in two derbies then but also finished ahead of them in the table for only the second time this decade. S04’s local dominance has proved short-lived, however. While over at Signal Iduna Park, Favre has worked wonders with a hugely talented side that was fortified by the arrival of midfield enforcers Axel Witsel and Thomas Delaney, Tedesco has been unable to maintain last year’s progress. In fact, Schalke have gone backwards again. A side low on creative verve and cutting edge quality, they’re struggling to create chances and are languishing in 12th place, 10 points adrift of the Champions League spots.

In pure footballing terms, there should not be much of a contest right now. The best that Schalke can do is to disrupt Dortmund’s attacking game with a “blood, sweat and tears” approach, and do it with the help of the crowd. “We have to fight for our lives for 90 minutes,” Brazilian centre-back Naldo told Bild, “and at the end of the game we should be nearly dead of exhaustion.”

A win might unnerve Dortmund but it would not change Schalke’s basic task: if they are to go ahead, they need to emulate their rivals, especially when it comes to their dealings in the transfer market.

“In [Jakob] Bruun Larsen, [Jadon] Sancho and [Christian] Pulisic, Dortmund have signed very young, foreign top talents who have evolved into top Bundesliga players,” S04 sporting director Christian Heidel admitted. “They have the economic means to invest in such young players even if there’s a financial risk. They’ve done really well there and doing just that has to be aim for Schalke 04 in the future, aside from our own youth development.” Heidel, who masterminded Mainz 05’s ascent to the Bundesliga alongside Jurgen Klopp, will be under pressure to show that he can unearth affordable players good enough to establish Schalke in the top four once more.

Right now, no member of the Royal Blues squad would be anywhere near Dortmund’s starting XI. Unless Heidel manages to bridge that massive gulf in quality, Schalke are destined to remain one of Germany’s sleeping giants, only equal to their Revierderby rivals in terms of the passion and hate that their meetings generate.