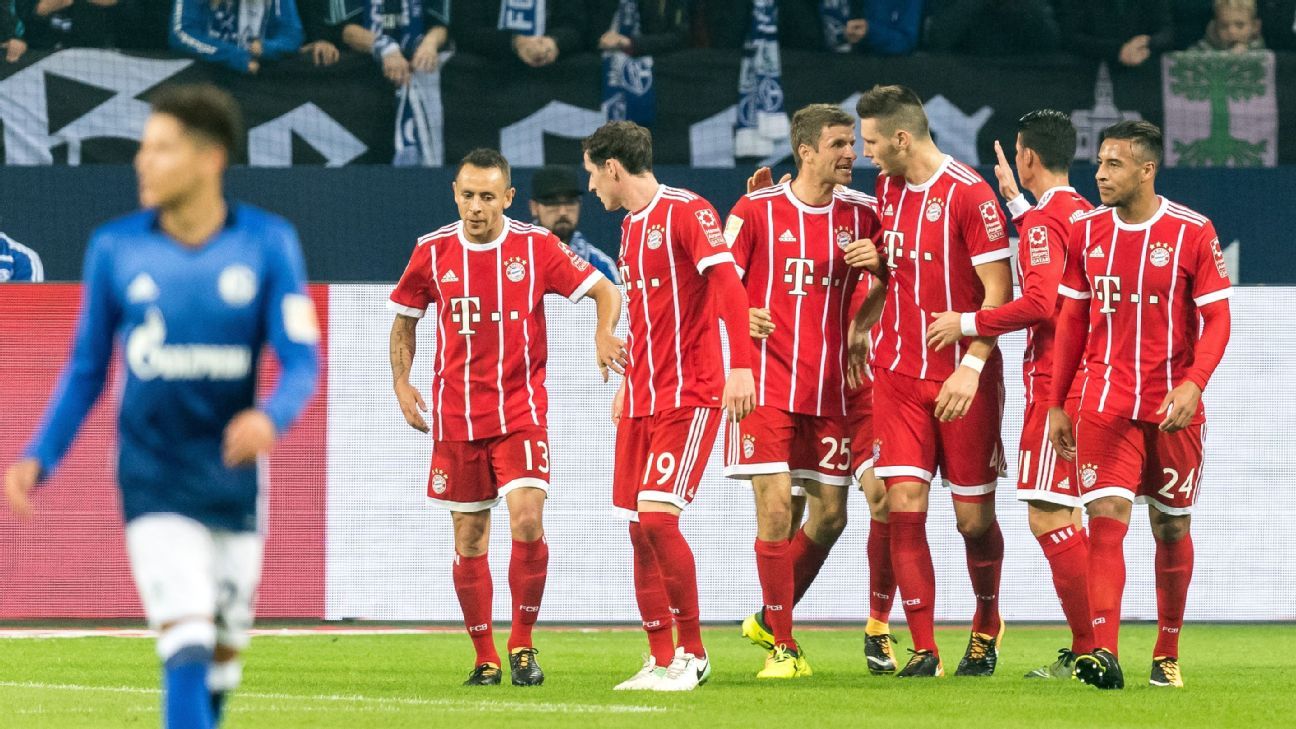 
Schalke goalkeeper Ralf Fahrmann has described a penalty given against his side by the Video Assistant Referee (VAR) system as “absolutely sickening.”

Bundesliga champions Bayern opened the scoring following a controversial VAR penalty decision and went on to win 3-0 on Tuesday.

It came when James Rodriguez broke into the Schalke box from the left and tried to cross, with defender Naldo getting a touch with his feet before the ball deflected onto his arm.

The VAR, in a control centre in Cologne, awarded a penalty, which was converted by Robert Lewandowski.

But an angry Fahrmann told reporters after the match: “Prior to the season, we were clearly told that if the ball deflects to the arm from the body, it’s no handball.

“But if you’re sitting in your office, looking at it on the screen, that’s absolutely sickening. You can’t blame the ref on the pitch — he did not call it. You must blame the people in front of the screens.”

Several other Schalke players cited guidelines from the German FA (DFB) which, midfielder Leon Goretzka said, told them “this is no penalty.”

Schalke sporting director Christian Heidel echoed Fahrmann’s sentiment, saying the ball “first hits the foot and then the hand” and adding: “I ask myself why the VAR awards a penalty.”

He was substituted after 54 minutes following a solid performance, making way for the more attack-minded Breel Embolo.

“Being able to play from the beginning is any kid’s dream,” he told the official Bundesliga website.

“Of course, I wish it was a better result and we always have room to improve. They are one of the top teams in the world, but I believe we’re able to compete. Today just wasn’t really our best.”

McKennie had started Schalke’s first-round cup match at Dynamo Berlin in mid-August, and had previously made three Bundesliga appearances as a substitute.